Tom Dean won gold and team mate Duncan Scott the silver in the 200 freestyle as the two British swimmers left their rivals in their wake, Brazil’s Fernando Scheffer taking the bronze.

It was Britain’s second swimming gold following Adam Peaty’s victory in the 100m breaststroke on Monday and left Dean reflecting on the adversity he has faced on his journey to becoming Olympic champion.

“It’s amazing. It’s a dream come true having a gold around my neck ... I contracted COVID twice in the last 12 months ... sitting in my flat in isolation, an Olympic gold was a million miles away,” he said.

It was the first time since 1908 that two male British swimmers have finished on the Olympic podium together.

Scott had gone into the race as the slightly faster swimmer and narrowly favoured for gold, but the blow of missing out was softened by his team mate’s joy.

“Just a massive credit to Tom Dean. That was unbelievable. Olympic champion,” he said. “To come along so far in the last 18 months, it’s a pleasure to watch him. It’s great to be able to say he’s a good mate out of the pool.”

In the men’s 100 backstroke, an event won by U.S. swimmers at the last six Games, Evgeny Rylov and Kliment Kolesnikov took top spots on the podium with Rio champion Ryan Murphy of the United States coming third.

Russian men had not won a swimming gold since 1996 when Alexander Popov and Denis Pankratov both topped the podium twice.

Rylov and Kolesnikov were competing under the banner of the ‘Russian Olympic Committee’ as part of sanctions imposed for several doping scandals.

But although the pair did not witness the raising of the country’s tricolour flag when receiving their medals, and were dressed in kit without the national symbol, the formalities had little impact on Rylov.

“I was busy with training while all of this (argument) was going on and I fully focused on training. I think that it doesn’t matter what you wear. What’s important is what is in your soul,“ he said.

McKeown delivered a stunning late fightback in the women’s 100 backstroke to pip Canada’s Kylie Masse and add to Ariarne Titmus’s gold in the 400m free on Monday as well as the team gold in the 4x100 freestyle relay.

The 20-year-old McKeown’s time was just two hundredths of a second shy of the world record she set in the Australian trials in June.

McKeown would almost certainly not have been able to compete at Tokyo if the Games had been held on schedule last year with her father struggling with brain cancer. He died in August.

“It’s not necessarily what I have been through, everyone has their own journey. It just so happens I have had a tough time,” she said when asked about her preparations.

McKeown forms part of an impressive generation of Australian women swimmers and the latest to see her golden goal come true.

“It’s definitely something that people dream of. Something I have dreamed of,” McKeown said. “To make it a reality is ... really amazing,“ she said.

“I’m just thankful I have a good support team. A few people before the race came up and said to just have all the faith in the world that you have got this.“

In another race that went down to the wire, Lydia Jacoby of the United States won gold in the women’s 100m breaststroke, the 17-year-old Alaskan finishing in 1:04.95, 0.27 seconds ahead of Tatjana Schoenmaker of South Africa.

Jacoby’s team mate Lilly King, who won the event in Rio in 2016, took the bronze.

Jacoby is the first Alaskan to represent the U.S. swim team and said she was stunned when she saw the scoreboard.

“I was definitely racing for a medal. I knew I had it in me. I wasn’t really expecting a gold medal,” she said.

“When I looked up and saw that scoreboard, it was insane.” 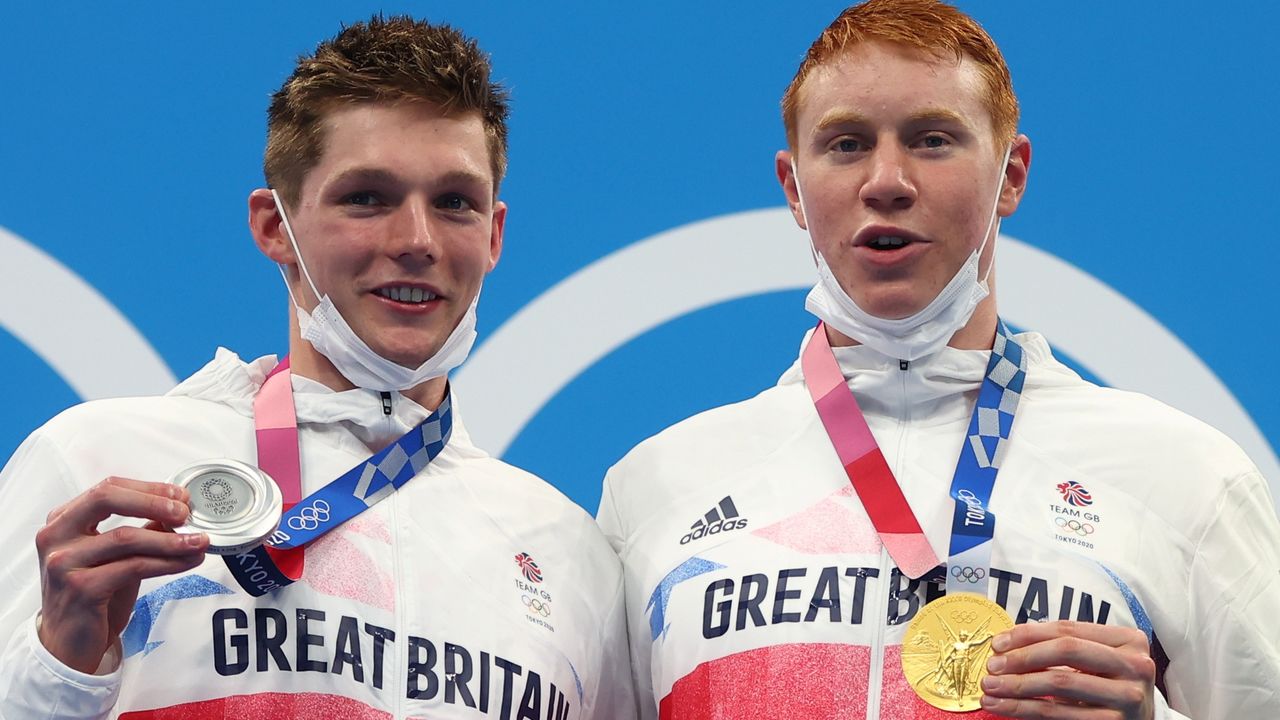