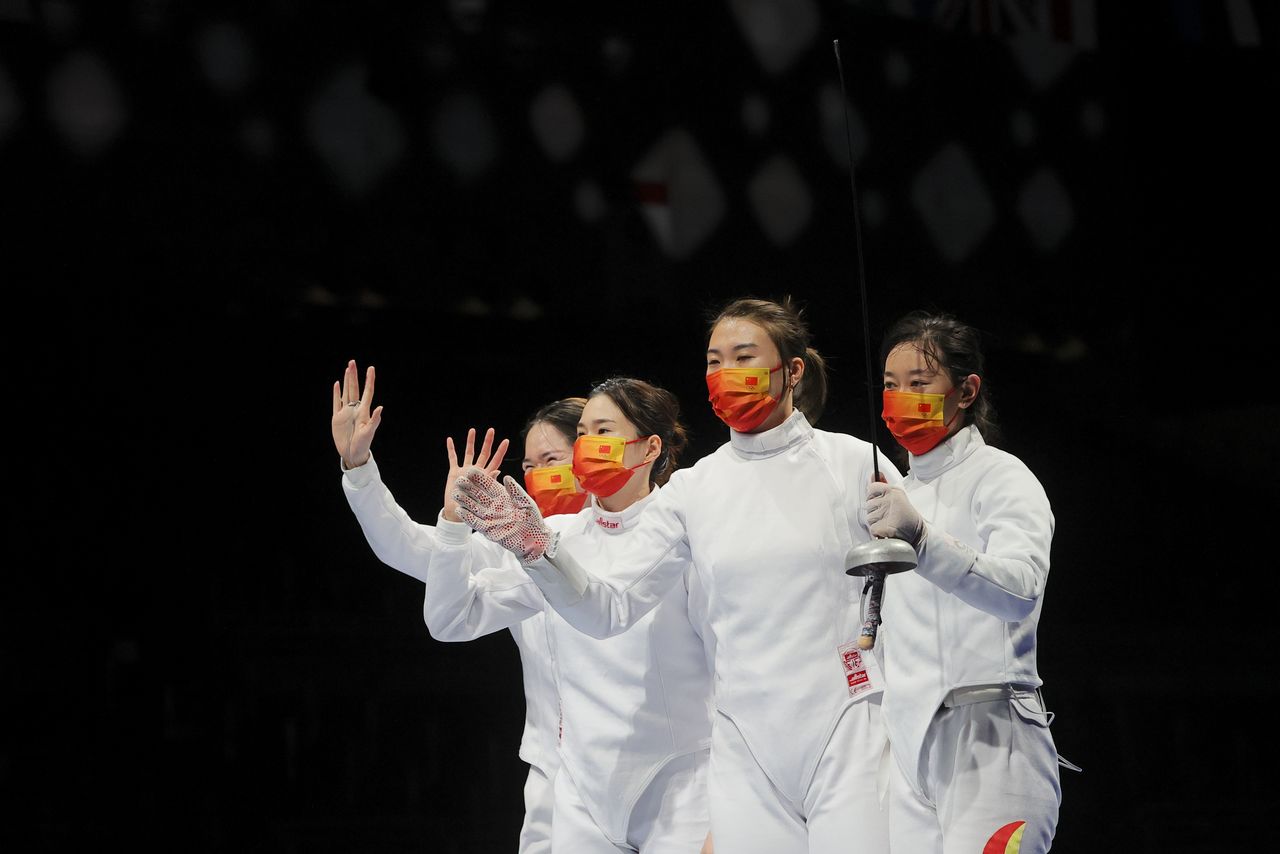 CHIBA (Reuters) - After decades of waiting for an Olympic fencing medal to come along, Estonia won their second inside four days on Tuesday when they narrowly beat South Korea to claim gold in the women’s team epee.

At the end of eight of the final’s nine bouts, the two countries were equal on points.

The tense decider was a showdown between Katrina Lehis - who won Estonia’s first fencing medal, a bronze, in the women’s individual epee on Saturday - and world number two Choi Injeong.

Lehis carved out a gradual lead. In the final 30 seconds, Choi launched a series of ferocious attacks that Lehis managed to repel, eventually winning the match 36-32.

Lehis said the presence of her team mates gave her the strength she needed to win.

“I could feel the support with every inch of my body, with everything,” she said. “I took everything that I still had left in me, after the individual, and all of this hard day that we had... and now we are here.” she added.

“(The loss) is not anything about my skills and my strategy, it was more about - that I couldn’t stand the pressure and all the burdens I carried from the last round,” she said.

After the referee signalled the end of the match, Lehis’s tearful team mates crowded around her and sank to their knees on the piste.

Estonian President Kersti Kaljulaid then called to congratulate the team, admitting she had found it hard to watch the last round, according to Lehis.