Olympics-Softball-Gen Z debut in Tokyo but will they be back for Los Angeles?

YOKOHAMA, Japan (Reuters) - The 14 youngest softball players during Tokyo 2020’s opening round fared worse by some measures than the dozen oldest, but the newcomers are committed to getting on top at future Games - if they get the chance.

While ruled out for Paris 2024, softball could be announced next year as a Los Angeles 2028 sport and later for the 2032 Brisbane Games. Inclusion is far from certain, though.

Despite the limbo, several of the 14 Gen Z players at Tokyo said they would maintain Olympics-level training in hopes of competing at future Games.

Italy pitcher Alexia Lacatena, 18, already missed her high school prom and graduation in May to practise for Tokyo, but has no regrets.

“Absolutely I’m sticking with Italy,” Lacatena said. “They are my home and family. I’m Italian softball for life.”

Tarni Stepto, 21, vowed to pitch for hosts Australia in a decade.

“This is only the start of my career,” she said.

Mexico’s Sydney Romero, 24, said she will skip other gigs to focus on the Olympics.

“Truthfully, I would be giving up money because we’re not paid well enough as women athletes,” Romero said. “All of us are sacrificing things but we signed up for this.”

The dozen oldest among the 90 players in Tokyo see promise in “the torchbearers of the next generation of softball,” as Canada’s retiring catcher Kaleigh Rafter, 34, called them.

Her voice cracking, Stacey Porter, 39, said she was sad she “won’t lace up another Aussie uniform ever again.” She is excited though, that the “few girls hanging around will continue what we started.”

“The old ladies,” as coaches affectionately call some born before 1986, account for nearly double the innings pitched as the youngsters but allowed two-thirds fewer earned runs.

At the plate, they notched more hits and runs batted in despite fewer at-bats, including Australia’s Leah Parry, 41, who sprinted to an infield single.

For a graphic on Softball’s oldest players dominate at Tokyo 2020:

Though some veterans broke away from softball to earn a living while Olympic opportunity was uncertain, Gen Z players could find it easier to wait it out as new financially robust leagues emerge.

“In the future months, you will see how we can do more in the United States,” said Riccardo Fraccari, president of the World Baseball Softball Confederation. “We are committed to the U.S. at the pro level.”

U.S. outfielder Bubba Nickles, 23, said her elders taught her to contribute in any way possible. On Monday, that meant lugging Ally Carda’s gear bag along with her own as the long-time pitcher headed to a news conference.

“Team player right here,” Nickles cracked, rolling away a bag in each hand. 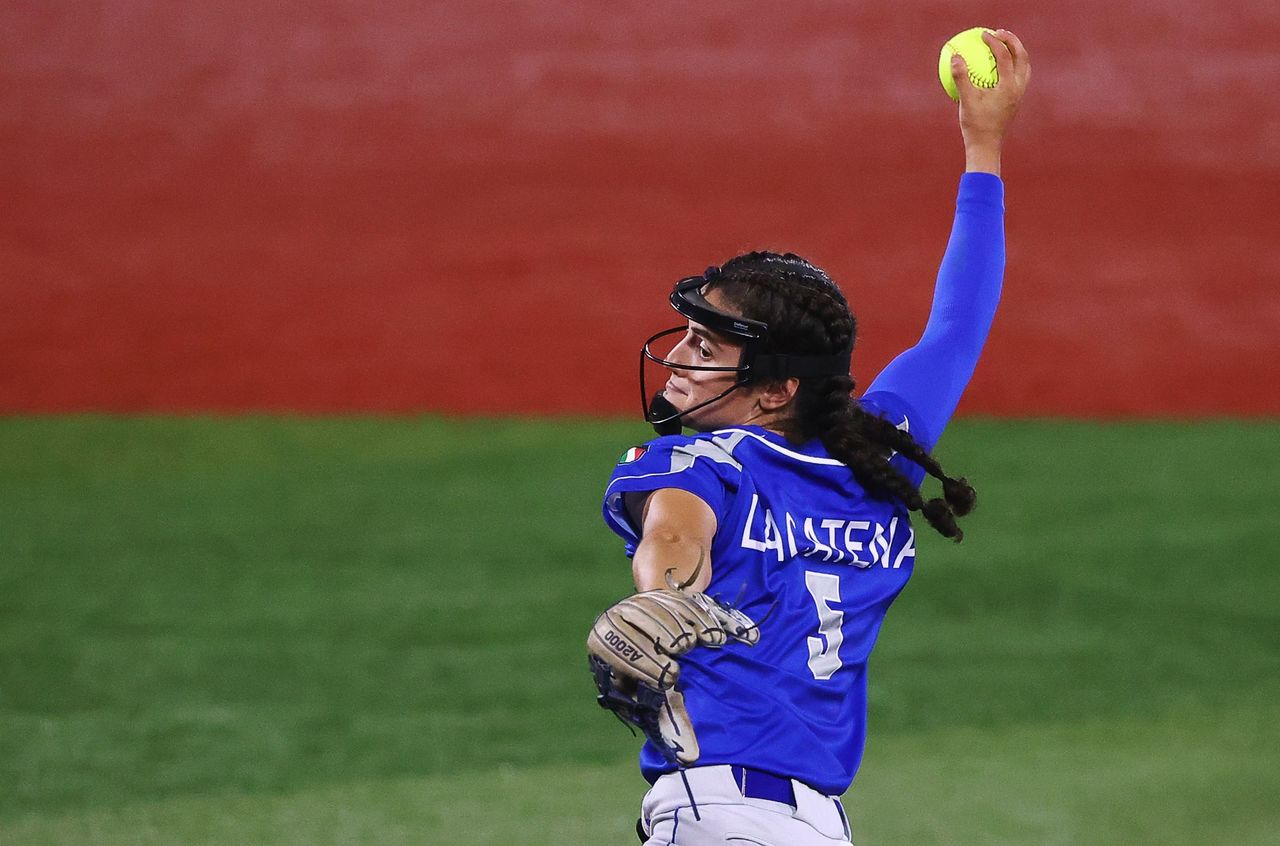 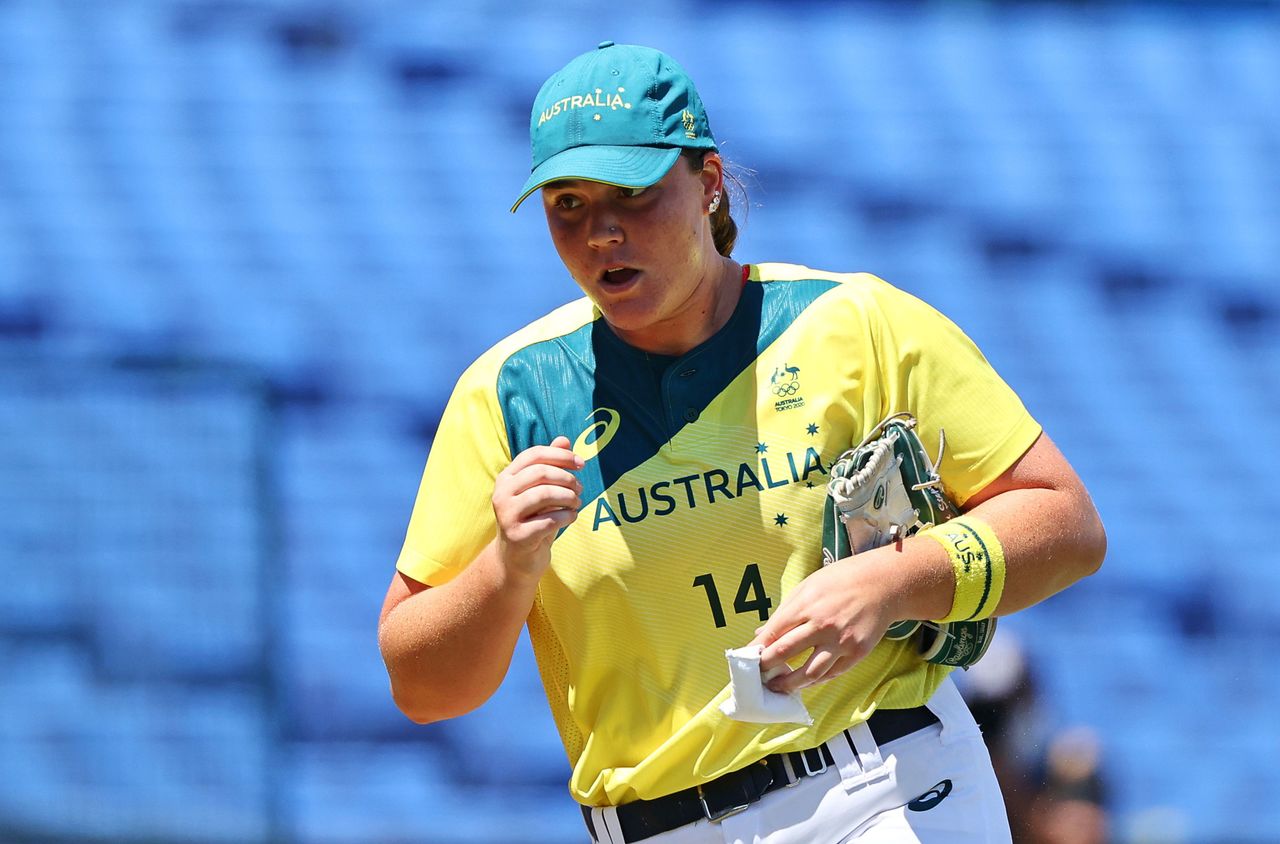 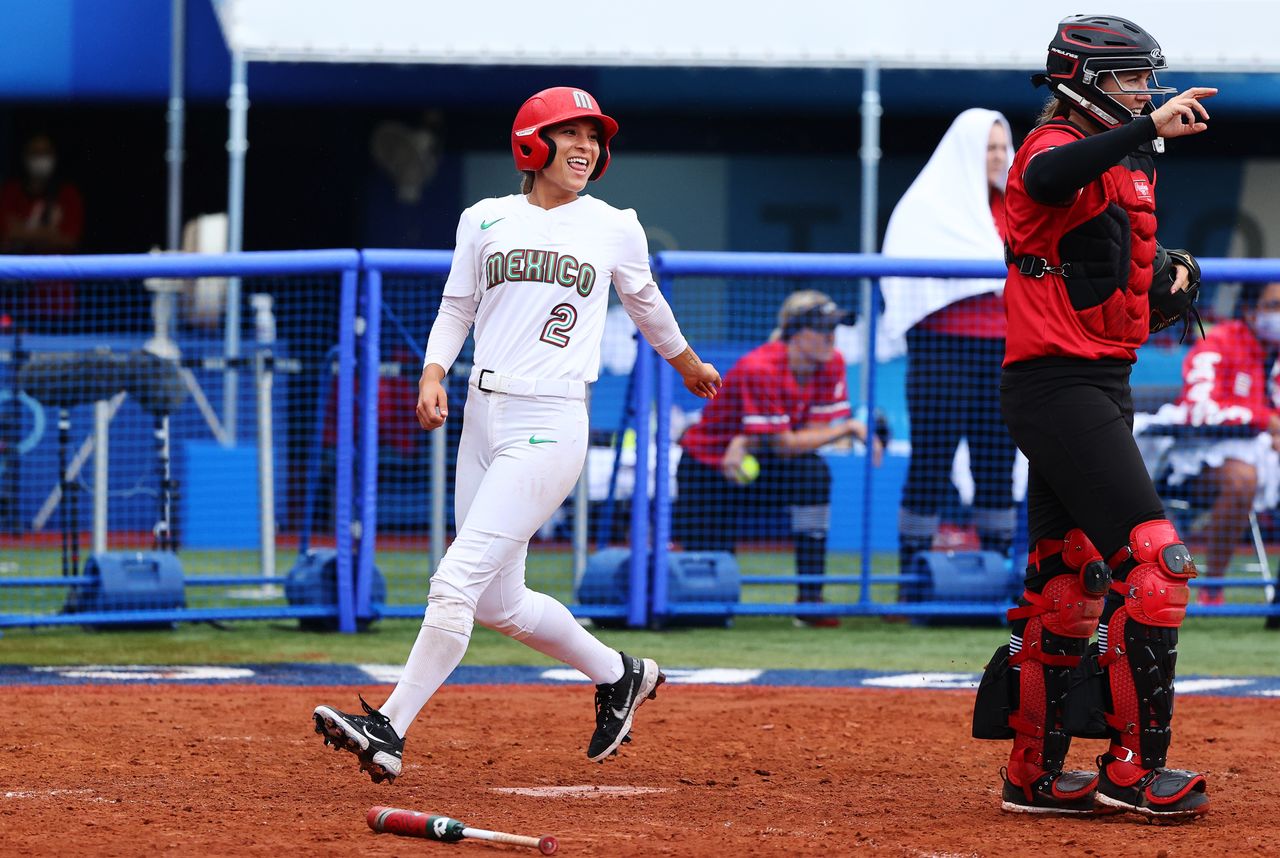