TOKYO (Reuters) - Once thwarted by the pandemic, Japanese nurse Arisa Tsubata is reviving her dreams to compete in boxing at the Olympics.

Tsubata emerged from a gritty gym on the outskirts of Tokyo onto the global stage on Friday, when she performed a solitary run on a treadmill at the opening ceremony, representing how athletes had to prepare for the pandemic-hit Games in isolation.

Tokyo organisers have scrambled to host the Games as the pandemic rages around the world, affecting a wide range of decisions from athlete safety to spectator numbers.

Like many Olympic hopefuls, Tsubata’s ambitions were shattered earlier this year when the pandemic caused qualifying events to be cancelled and changed criteria for spots at the Games.

In order to focus on her boxing, the nurse had quit a job at a major hospital in January to take on a less demanding and lower-paid position at a smaller psychiatric clinic.

The 28-year-old told Reuters in May https://widerimage.reuters.com/story/japanese-boxing-nurse-has-olympic-dream-crushed-by-covid she was frustrated about not being able to compete at the Games, and would focus on her next competition, not the next Olympics years away at Paris in 2024.

Her appearance at the opening ceremony has changed her mind.

“I participated in these Olympics as a performer, but I came to feel more strongly about wanting to participate in the Olympics as an athlete next time,” she told Reuters outside the National Stadium.

“My goal is to win a medal. I will work hard to get a medal that has the best colour,” she added.

Tsubata said she was asked to perform by the organisers in April and her gig was finalised in June after she returned from a championship in Russia.

She rehearsed six times in July and kept it a closely guarded secret at the clinic and in the gym. Only her parents knew.

“I was trying to get more excited than nervous,” said Tsubata, recalling the hours-long wait before performing.

The image of a lone Tsubata exercising at the opening ceremony has resonated with some viewers.

Tsubata said she wanted to share her energy through the performance.

“Not only athletes, but so many people have been through so many things over the last year, so I am hoping my performance helped them move forward - even if just a little bit,” she said. 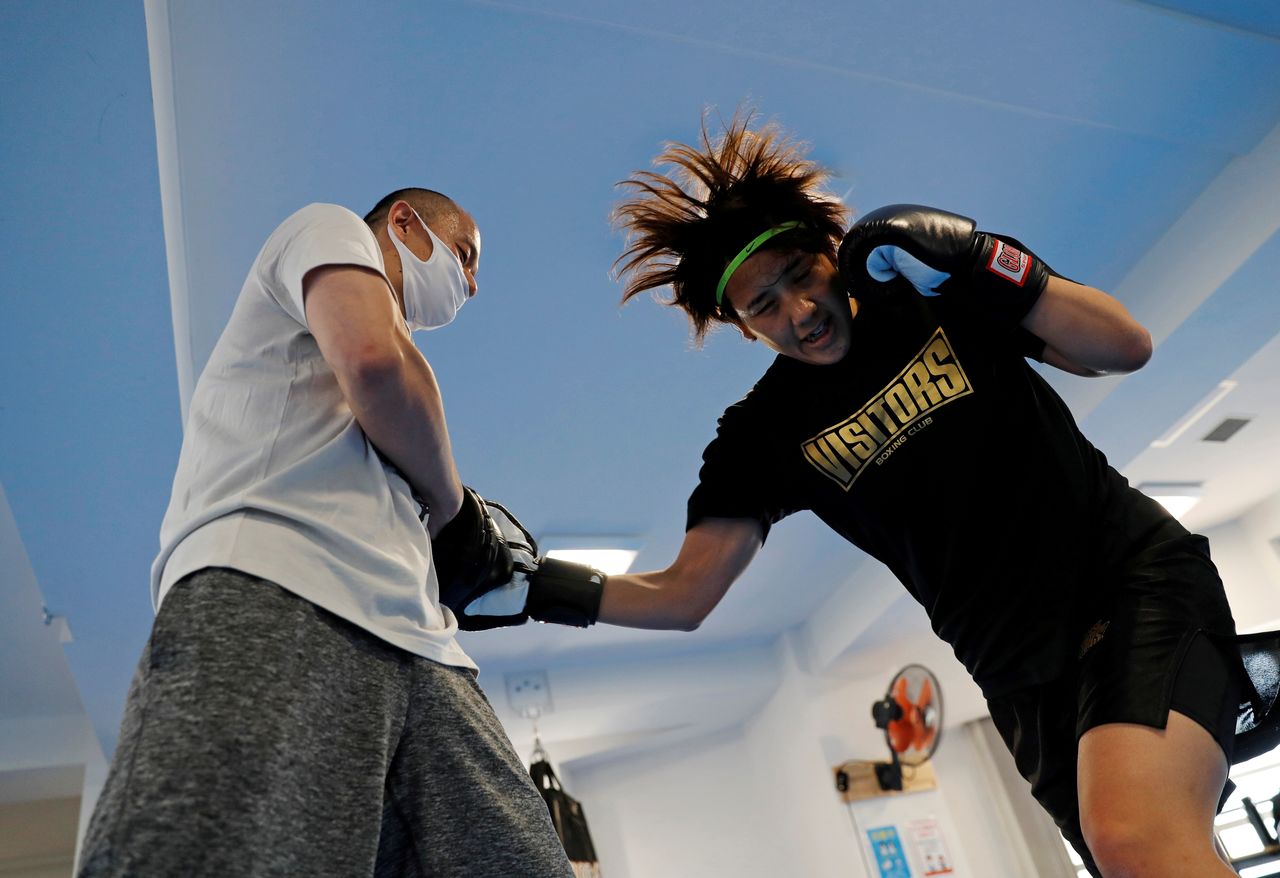 FILE PHOTO : Arisa Tsubata, a nurse and a boxer, practices with her work colleague Yuki Yamashita, a karate practitioner and the head doctor at the the Life Support psychiatric clinic, where they work, during a morning training session at the gym inside the clinic in Tokyo, Japan, April 19, 2021. REUTERS/Kim Kyung-Hoon/File Photo 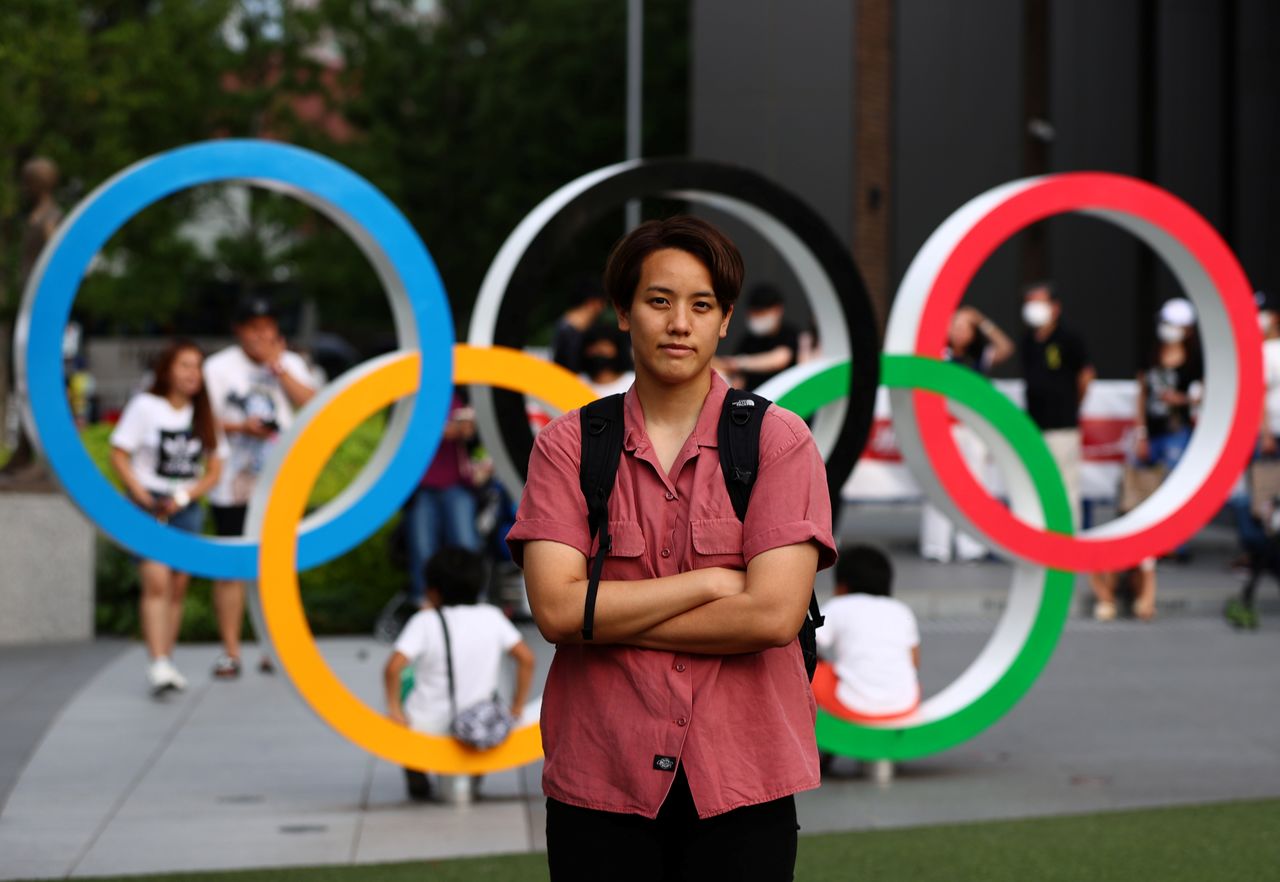 Arisa Tsubata, a nurse and a boxer, poses in front of the Olympic Rings outside the National Stadium, the main venue of the Tokyo 2020 Olympic Games, during an interview with Reuters in Tokyo, Japan, July 26, 2021. REUTERS/Kim Kyung-Hoon 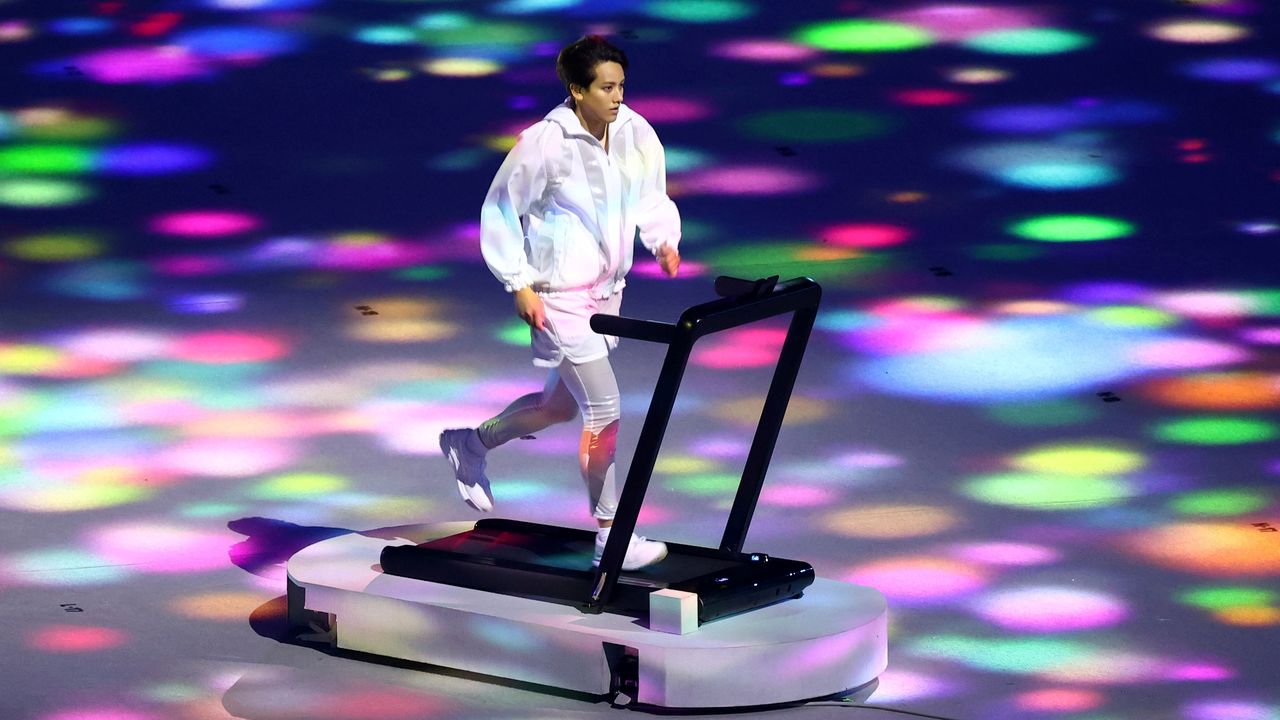 FILE PHOTO: Arisa Tsubata, a nurse and a boxer, performs during the opening ceremony of the Tokyo 2020 Olympics at the Olympic Stadium in Tokyo, Japan, July 23, 2021. REUTERS/Mike Blake 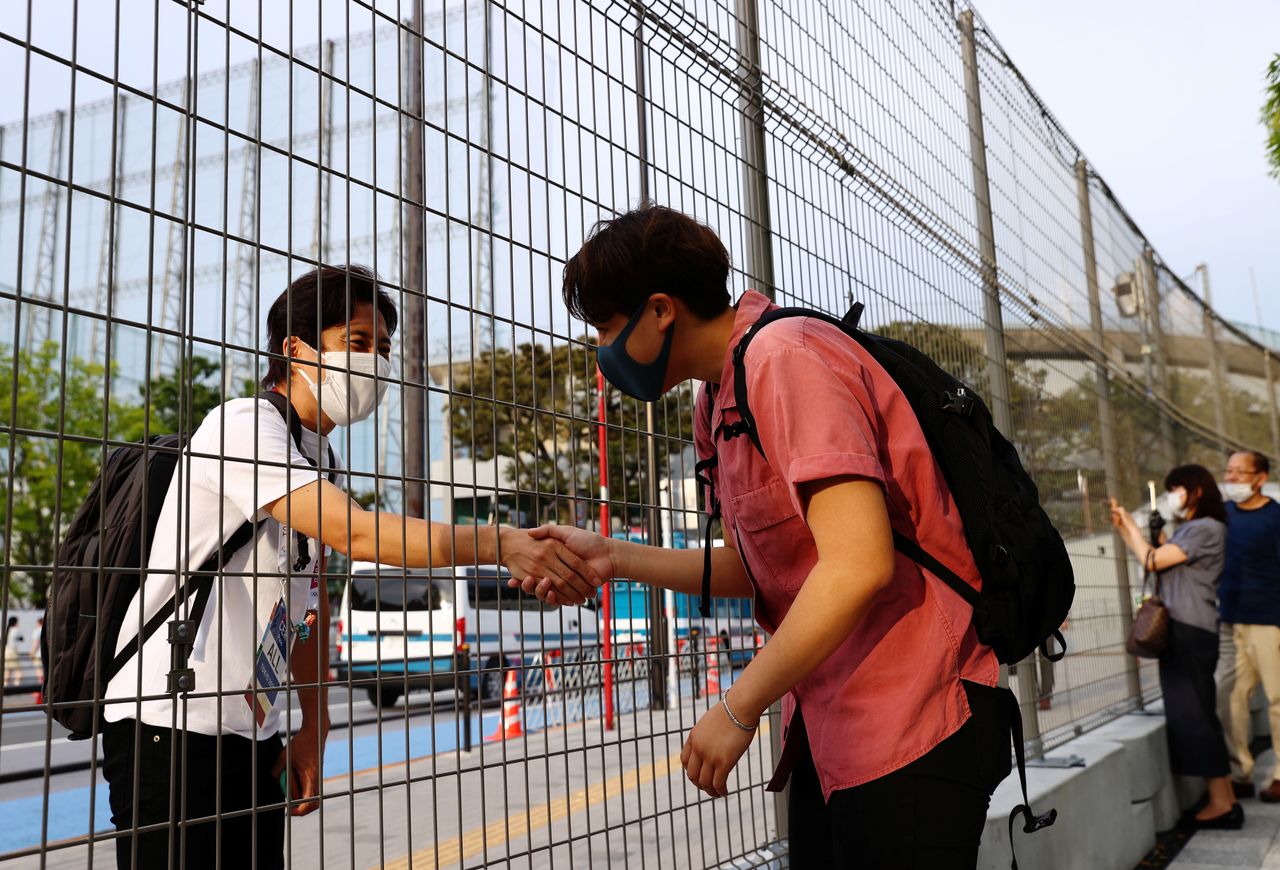 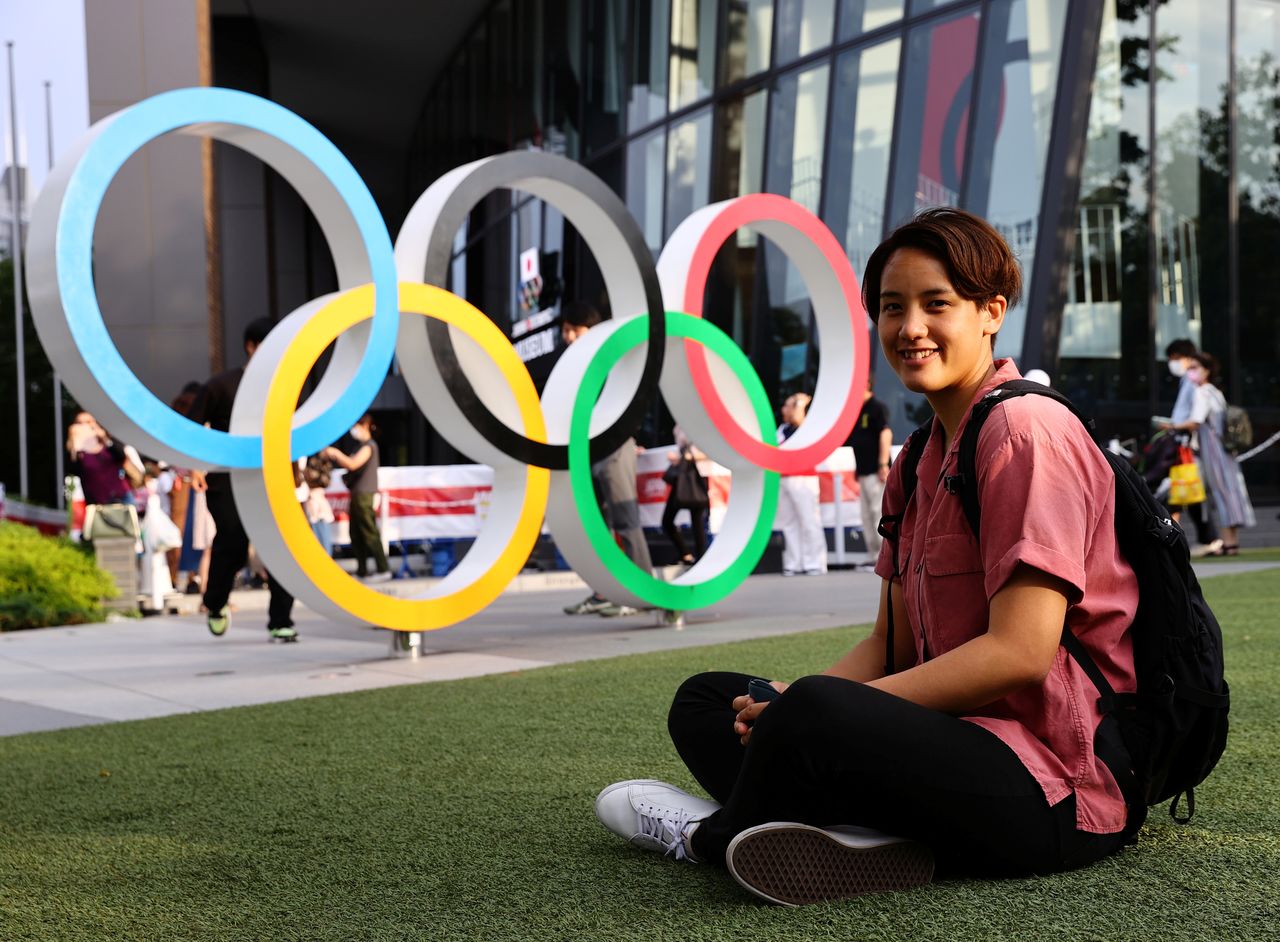 Arisa Tsubata, a nurse and a boxer, poses in front of the Olympic Rings outside the National Stadium, the main venue of the Tokyo 2020 Olympic Games, during an interview with Reuters in Tokyo, Japan, July 26, 2021. Picture taken on July 26, 2021. REUTERS/Kim Kyung-Hoon