Olympics-Archery-S.Korea’s ‘archery genius’ crashes out in individual round

TOKYO (Reuters) - After taking two golds for South Korea in the mixed and men’s team archery events at the Tokyo Games, teen archer Kim Je Deok crashed out in the individual round of 16, losing to Germany’s Florian Unruh by 3-7 on Tuesday.

Nicknamed the “archery genius” after an appearance on a South Korean talent show, the 17-year-old debuted at the Olympics by becoming his country’s youngest ever gold medallist.

After the stunning loss, Kim said he felt a burden was now off his shoulders.

“I felt a bit of pressure, and was nervous, plus the wind factor. But inside of me, now it is all over, I am so relieved,” said a teary-eyed Kim in a hoarse voice.

During the team events, the teenager had spurred his compatriots on with shouts of “Fighting”, but on Tuesday, Kim said: “It was a lonely battle, more nervous without ‘fighting’.”

Opponent Unruh called the victory “one of the biggest wins” but said everyone had chances to succeed at the Olympics.

“I saw his first match and he also had some 8s. I thought, okay, when he shoots 8, I have to shoot all in the golds,” Unruh said of Kim’s scores.

“To be honest, I thought my chances were a little less, but everyone has chances in the final tier.”

The individual rounds of the Tokyo Olympics archery competition were delayed by two and a half hours on Tuesday due to strong winds and rain from a storm off Japan’s east coast.

While it is still windy at Tokyo’s Yumenoshima Park Archery Field, Canada’s Crispin Duenas, who is competing at his fourth Olympics, said only lightning should cause events to be cancelled.

“We shoot through everything except for lightning and thunder. Because we’re on a field holding a big metal piece of equipment, it’s very possible to get struck by lightning,” Duenas told Reuters.

“We don’t normally stop for only wind, rain.” 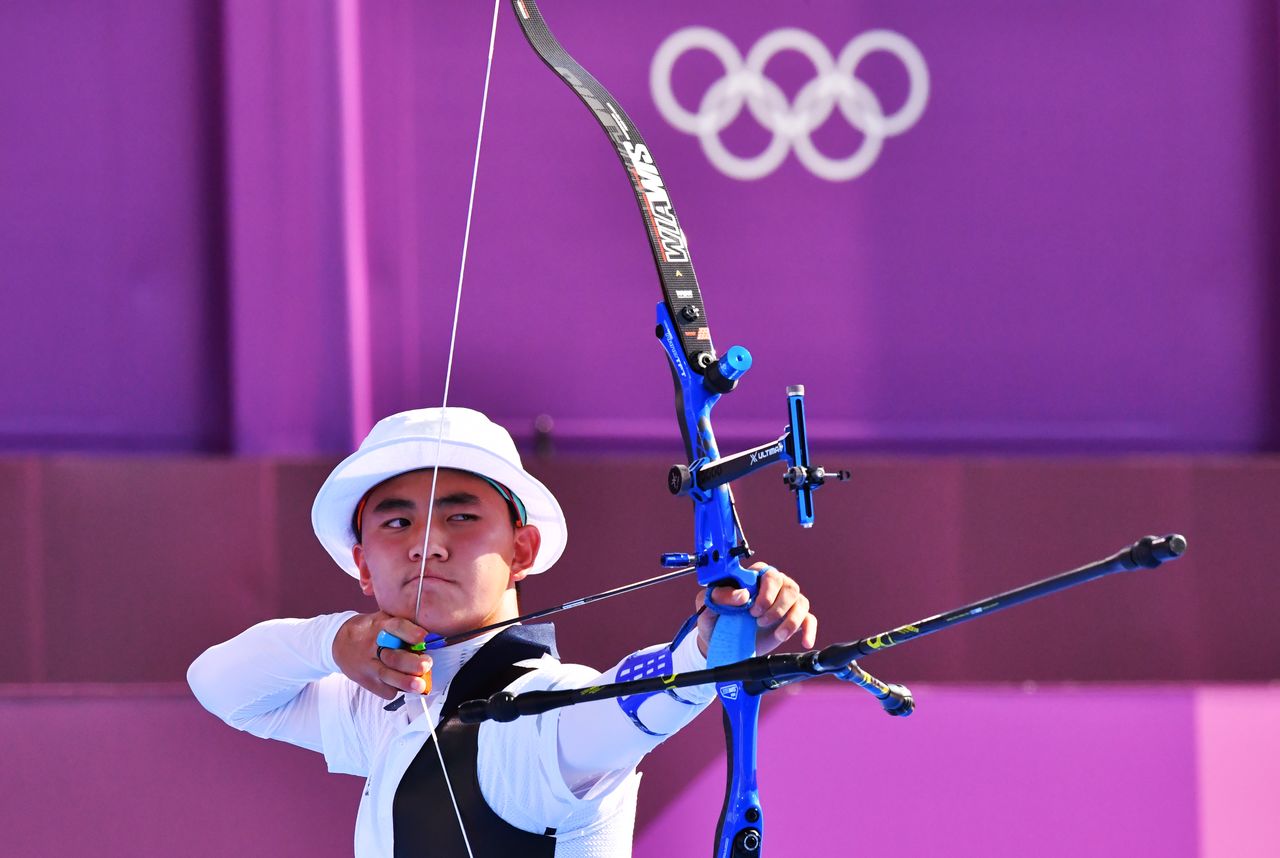 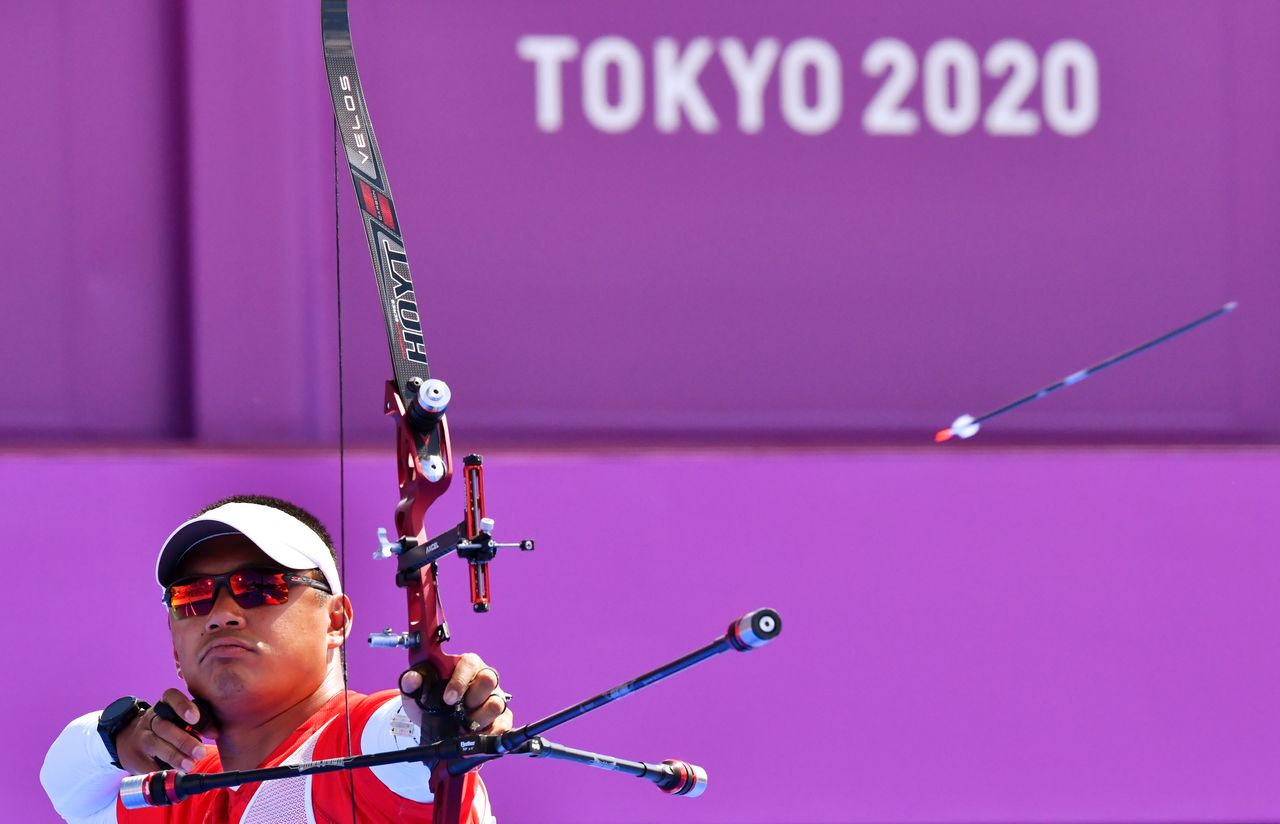