TOKYO (Reuters) - Gold medallist Vitalina Batsarashkina’s shooting skill is not the only thing about the Russian sharp-shooter that is attracting attention at the Tokyo Games.

The newly minted Olympic champion in women’s 10-metre air pistol, who led her Russian Olympic Committee (ROC) team to the silver in the mixed team event on Tuesday, has been roaming the Asaka Shooting Range with a Witcher medallion dangling from her neck.

“The Witcher” is a popular series of fantasy novels by Polish author Andrzej Sapkowski, which has spawned a film, TV series, video games and graphic novels. In the books, “witchers” use supernatural abilities to hunt wild beasts and monsters.

Social media users zeroed in on the medallion worn by Batsarashkina, an avid gamer, that showed the stylised face of a wolf with its teeth bared.

“This is my Olympic crush now,” said Twitter user “lana_del_prey”.

A spokesperson of CD Projekt, the company behind the video game, dug out a 2018 photograph of the shooter in a Witcher-themed shirt, praising her “years-long commitment to the Witcher universe”.

The 24-year-old, however, would not call it her lucky charm.

“It’s not a talisman. It’s a medallion from a video game,” Batsarashkina said after the team event on Tuesday.

“I can’t call it a talisman because even when I didn’t even wear it or forgot it at home, I still got medals.”

Russian athletes are competing in Tokyo under the ROC flag as part of sanctions for several doping scandals. 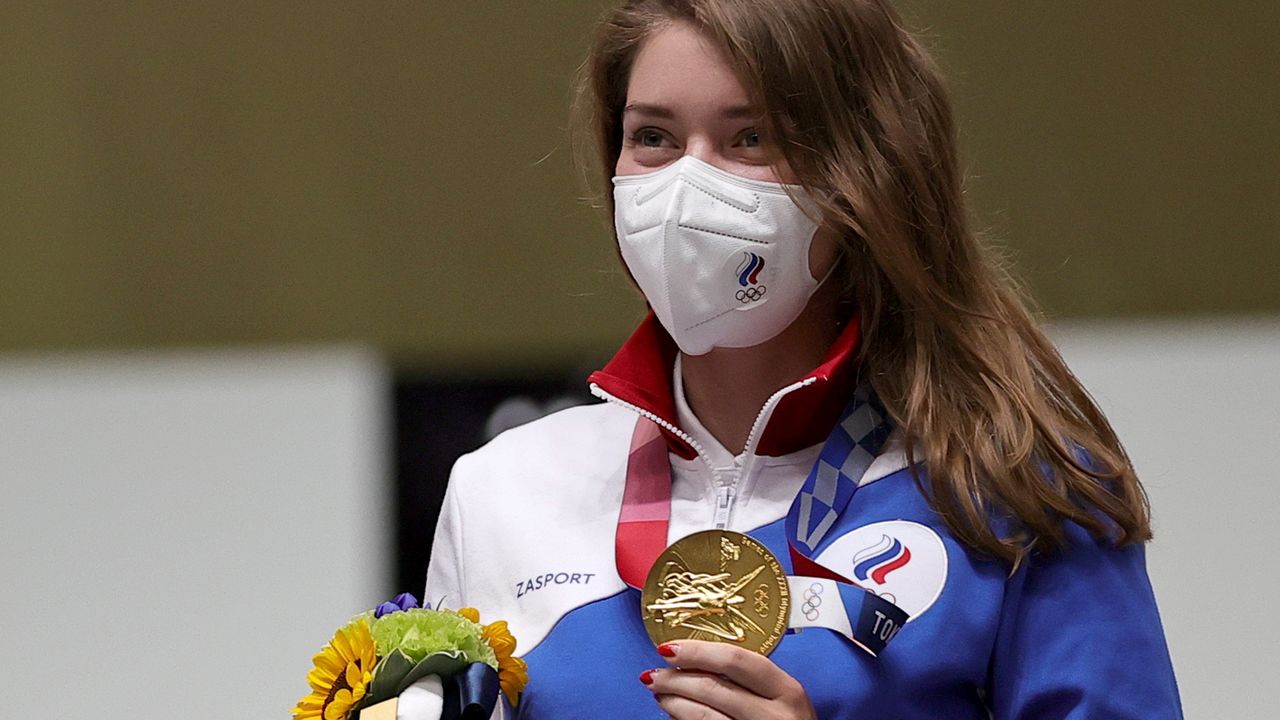 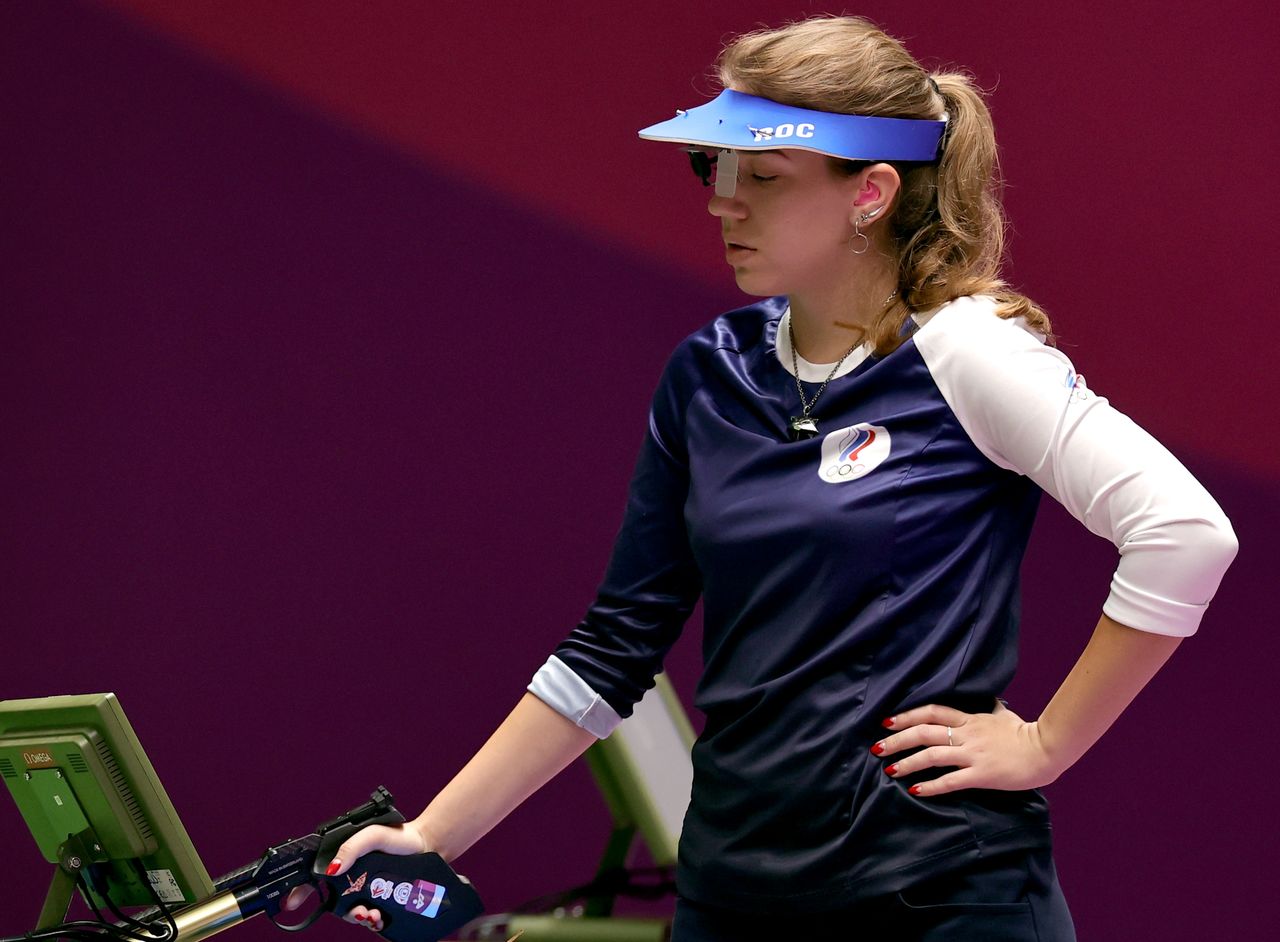