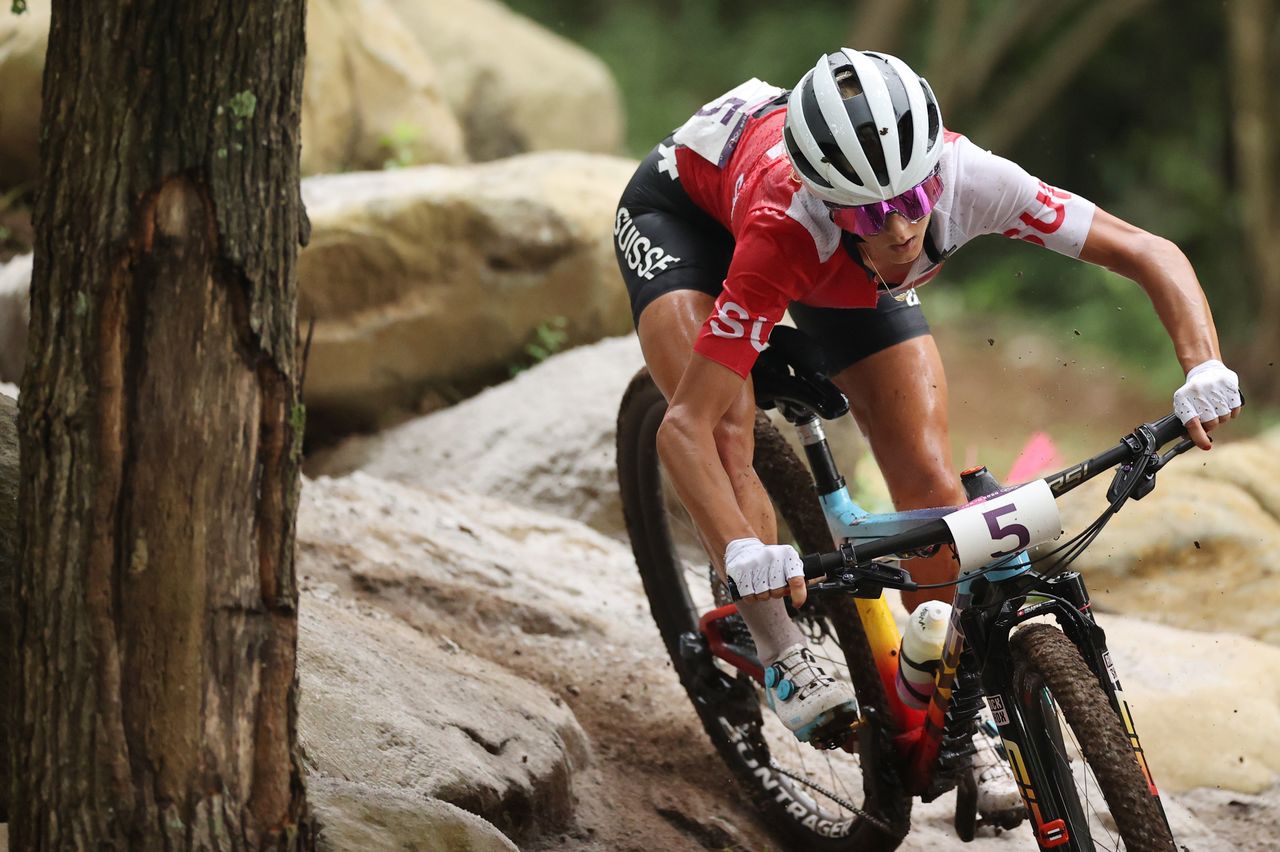 Former world champion Neff got ahead early, as several favourites made mistakes in a chaotic start, and barely put a wheel out of place to win by one minute, 11 seconds.

She grabbed a Swiss flag as she crossed the line to land her country its first gold of the Games.

“It’s feels like a dream and I hope I don’t wake up anytime soon,” a delighted Neff, who suffered a ruptured spleen in 2019 and broke her hand six weeks ago, said after the finish.

“I knew it was going to be super tough race. This morning we had a complete change in conditions. We had a lot of rain. But the Swiss team has invested so much time in skills and technical training and it really paid off.”

Sina Frei crossed in second place and Linda Indergand completed the Swiss sweep as she took the bronze medal.

The last time one nation took gold, silver and bronze in an Olympic cycling event was in 1904, when the Americans swept a now-defunct track event.

It was also the first time Swiss athletes had filled a podium at the Olympics since their artistic gymnasts in 1936.

Nineteen-year-old Kata Blanka Vas from Hungary, the youngest rider in the race, beat some of the world’s best to claim fourth place after a storming finish.

There was disappointment though for world champion Pauline Ferrand Prevot, who lost time early on after falling off and, despite battling back, ended up in 10th spot.

Torrential morning rain had drenched the hilly 3.8km circuit in the Izu cycling centre in the lush hills close to Mount Fuji.

And it caused mayhem in the first lap as some of the steep section became impossible to pedal up - riders becoming log-jammed as they resorted to pushing their bikes up the slopes.

But the Swiss had done their homework in a one-hour session in the morning and nailed their racing lines.

Ferrand Prevot led early on lap one but after she slithered off her bike and then watched it slide back down a mound, Neff - who had won the test event on the course in 2019 - took charge and built a 19-second lead after one lap.

By the end of the second lap that advantage was 45 seconds and from then on it was just a matter of minimising risks.

“I was in the flow, I had fun out there, it was my goal for today to have fun and to enjoy it and yeah it was a perfect race,” the 28-year-old said.

The battle behind her was intense with France’s pre-race favourite Loana Lecomte, winner of all four World Cup events before the Olympics, looking well-placed to perhaps launch a pursuit of Neff before she dropped a chain and slipped back.

Frei and Indergand then stretched clear of the pack to battle it out for silver.

“All three of us really cleaned it up immediately and I think that made a big difference today,” Neff said of their early-morning inspection of the course. “After that it was ‘how good can you ride your mountain bike?'”