TOKYO (Reuters) -Heavyweight boxing world champion Muslim Gadzhimagomedov’s bid to add Olympic gold to his resume got off to a convincing start on Tuesday before New Zealander David Nyika’s Games debut was blighted by an attempted bite from his Moroccan opponent.

Russian Gadzhimagomedov’s biggest challenge could come from Julio Cesar La Cruz and the Cuban showed why at the Kokugikan Arena, a traditional sumo wrestling venue adorned with posters of the fighters.

La Cruz won gold at the Rio 2016 Games and four amateur world titles at light-heavyweight but his swagger was still the same in the higher weight category as he downed Kenya’s Elly Ajowi Ochola 5-0.

The 31-year-old, nicknamed ‘La Sombra’ or ‘the Shadow’ for his distinctive defensive technique, dropped his guard on multiple occasions to draw Ochola in only to hit him on the counter-attack and move away with nimble footwork.

Next up for La Cruz will be Spaniard Emmanuel Reyes Pla, who knocked out Vassiliy Levit of Kazakhstan in round two with a flurry of punches to the head.

Twice Commonwealth Games gold medallist Nyika also proved too strong for his opponent in the first two rounds and it left a frustrated Youness Baalla to try and dig his teeth into the Kiwi boxer’s ear during a hold in the third.

Nyika managed to pull out in time before completing a unanimous victory on points. Baalla was later disqualified for unsportsmanlike behaviour. [nL8N2P3311]

More drama unfolded in the evening session when Ecuadorean Julio Castillo, runner-up at the 2019 world championship and the third seed in Tokyo, suffered a shock 4-0 defeat to Jordan’s Hussein Iashaish.

The Jordanian went down on his knees in delight after the verdict and will meet Brazil’s Abner Teixeira for a place in the semi-finals to assure himself a medal.

“I am so happy, I knew I was fighting a very tough opponent,” Iashaish said. “I knew how he fights, I just stuck to the tactics my coaches gave me.”

Competing in Tokyo as a representative of the Russian Olympic Committee because the country was stripped of its flag and anthem for doping offences, Gadzhimagomedov is the favourite to add the Tokyo gold to his 2019 world title.

He took a few seconds to gauge his veteran Algerian opponent Abdelhafid Benchabla but then produced a dominant performance.

Gadzhimagomedov’s heavy combination punches left Benchabla in trouble and a right hook forced the 34-year-old to drop on his knee and face the standing eight count from the referee.

His compatriot Andrei Zamkovoi, the welterweight world champion and second seed, had a trickier path to the quarter-finals. Zamkovoi advanced with a 4-1 win against Zambia’s Stephen Zimba.

British top seed Pat McCormack won 5-0 against Aliaksandr Radzionau of Belarus to reach the last eight alongside twin brother Luke, who also reached the quarter-finals in the lightweight division.

McCormack, who will turn professional after his Tokyo stint, will face Uzbek Bobo-Usmon Baturov.

“I saw him just win the first round. He is a good fighter but if I’m on my game then I will beat him,” said McCormack.

Cuba’s Roniel Iglesias, a former Olympic and world champion in light welterweight, staged a valiant comeback in the final round of his bout to edge Japan’s Sewon Okazawa 3-2 to advance. 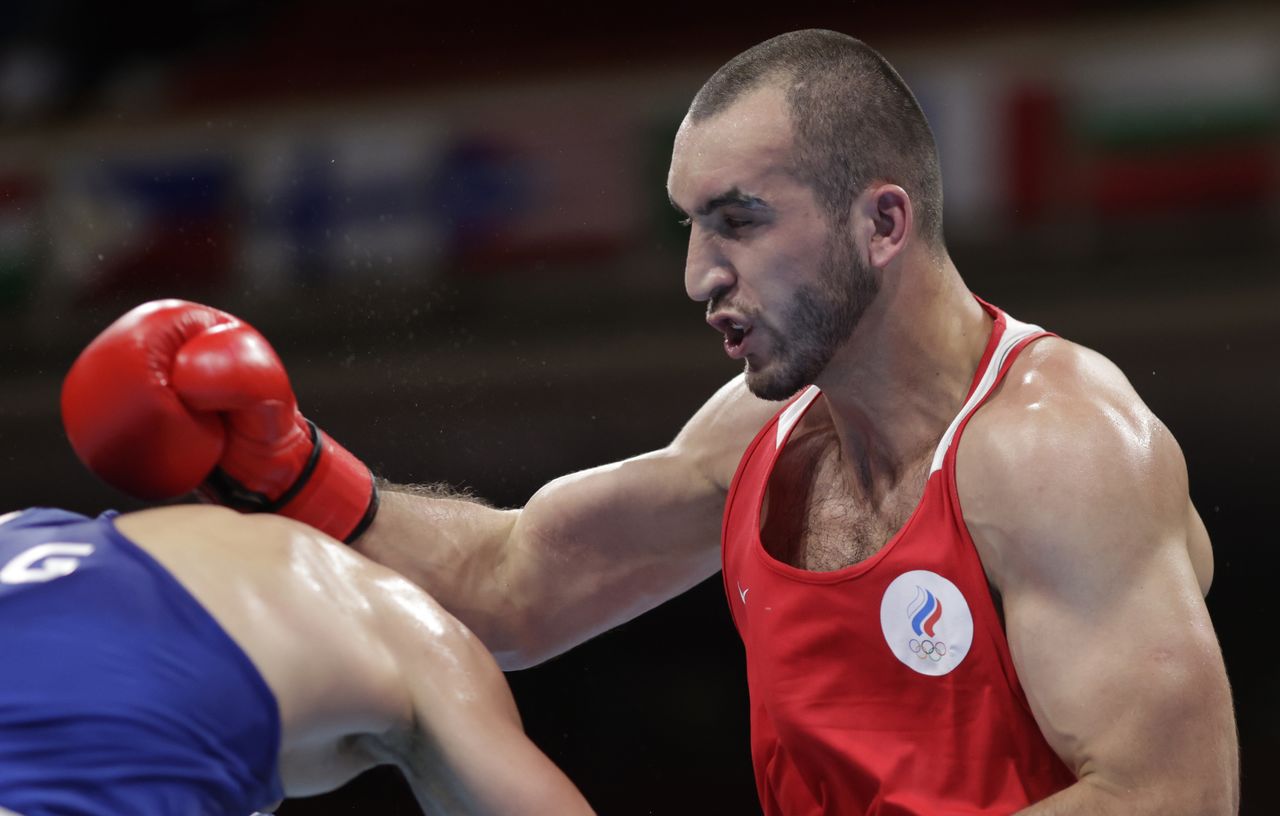 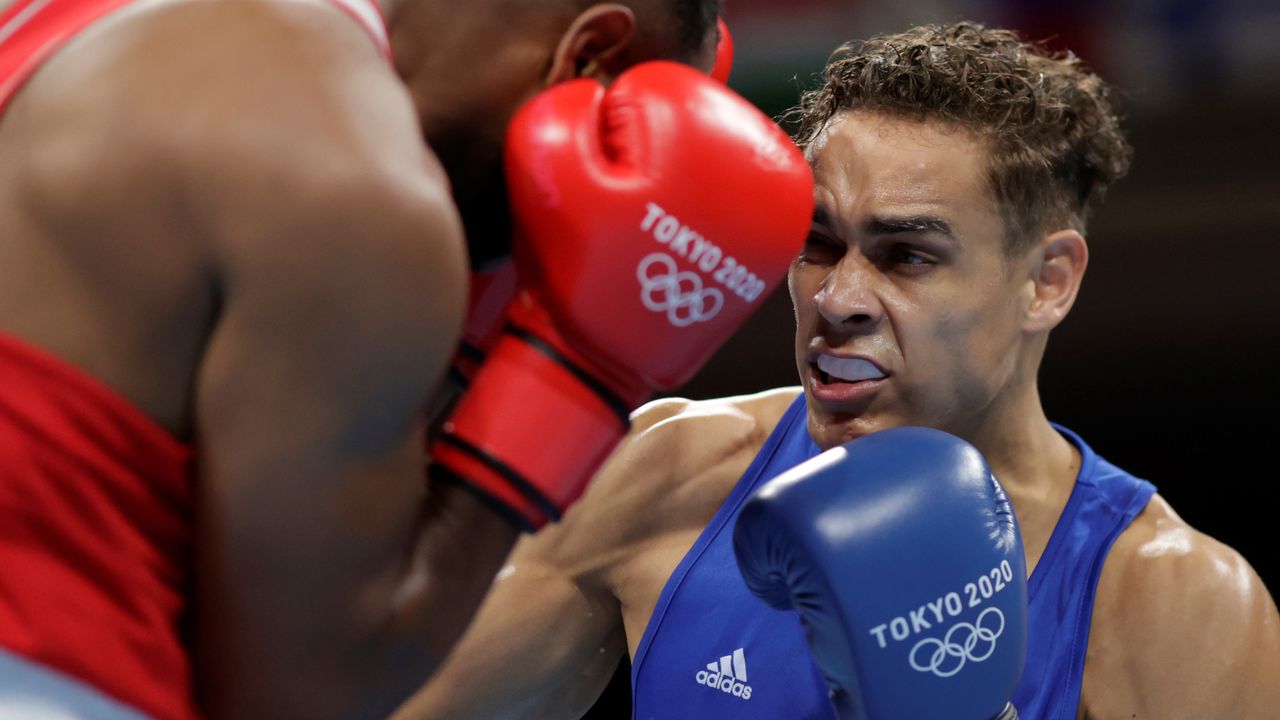