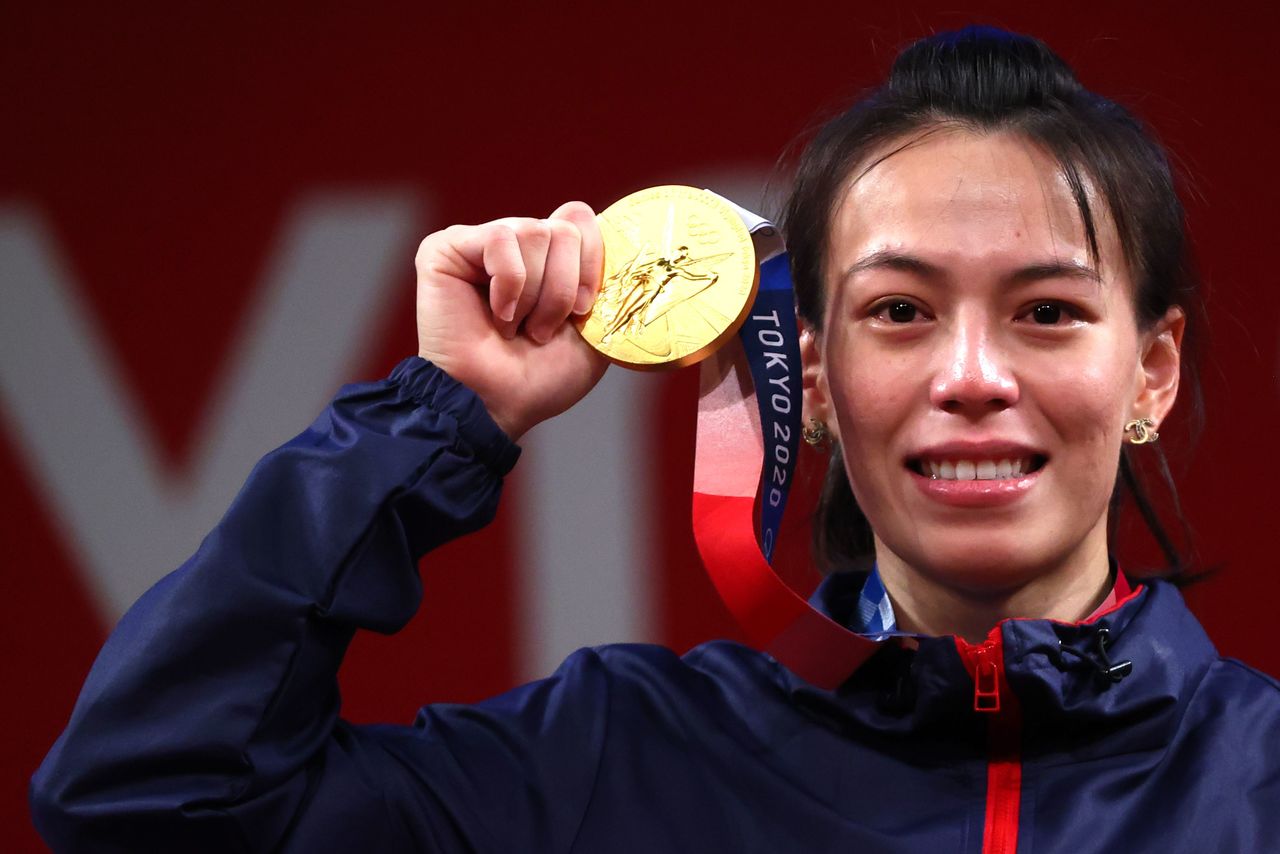 TOKYO (Reuters) -Taiwan’s Kuo Hsing-Chun won the gold medal in the women’s 59kg weightlifting event at the Tokyo Olympics on Tuesday, setting Olympic records in all three categories but falling short of her own world record.

Kuo dropped to the floor with a bitter smile after failing at a lift of 141 kg in the clean and jerk to break her record of 140 kg.

“I was competing against myself, and I wanted to break the world record,” Kuo told reporters.

“I am very happy that I put all the pieces together now, adding in the Olympic gold medal today,” she said.

Andoh burst into tears on the stage after her final attempt at the clean and jerk and was helped up by two coaches.

The Japanese lifter said she injured her knee this month by dropping a barbell when she was practising.

“I thought that was the end of it when that happened,” Andoh said. “I was not able to do the clean and jerk until I got here today.”