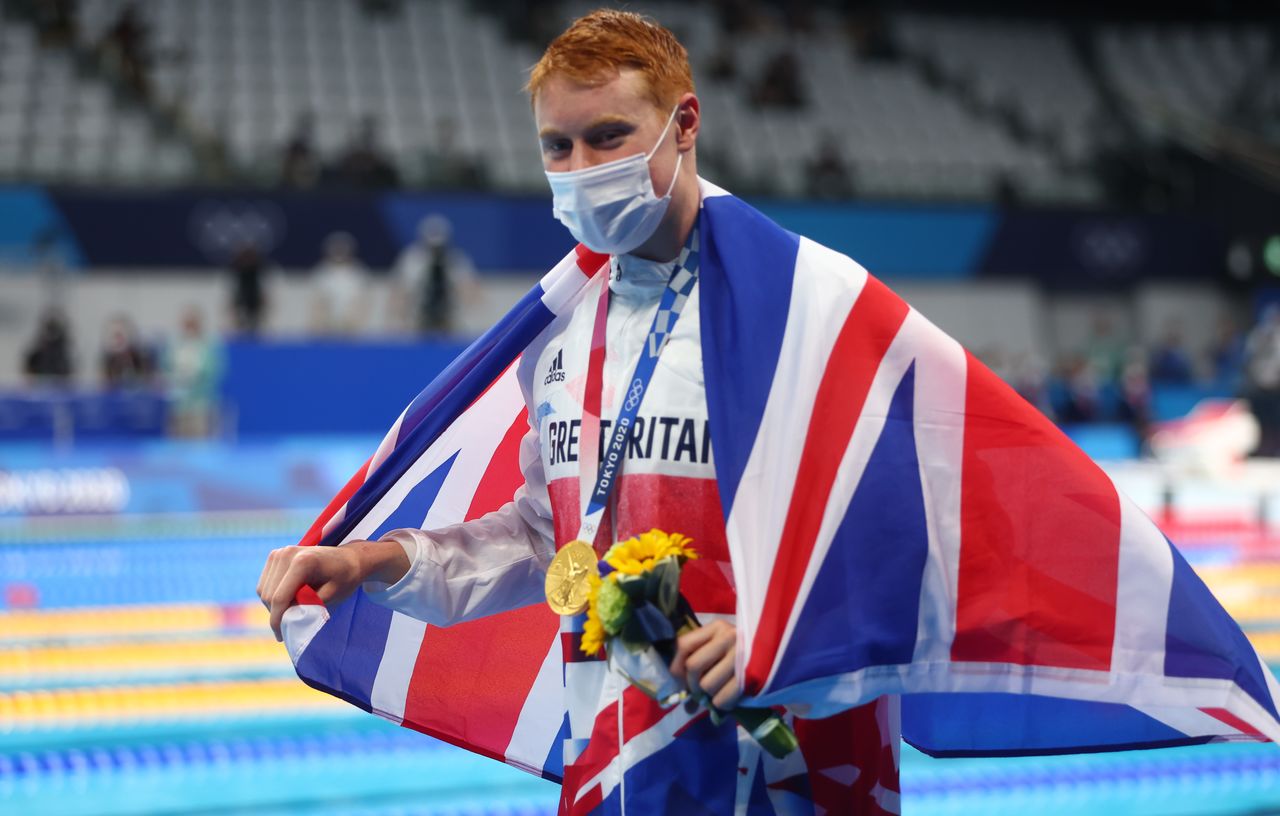 LONDON (Reuters) - The reaction of Tom Dean’s family to his 200m Olympic freestyle gold would have woken up the neighbours back home in Britain - had they not been leaping around the garden already.

Video footage of the pre-dawn scenes in Maidenhead, to the west of London, went viral after the 21-year-old led Britain’s first Olympic swimming one-two finish in 113 years.

“We didn’t invite anybody around until after the semis, obviously,” his mother, Jacquie Hughes, told BBC television.

“Yesterday morning we just decided, because we couldn’t be there, how nice would it be for Tom to know that some of his family and his friends were watching him.

“We invited some members of the club, some of the neighbours and before we knew it there were 70 people in the garden watching on a big screen. I think we swam every metre with him, but on land.”

Dean, one of five siblings in a family of swimmers, was Britain’s second gold medallist in the pool after 100m breaststroke champion Adam Peaty.

He triumphed despite two bouts of COVID-19 in the build-up to the Games.

“You can see it’s so joyous and full of passion, and chaos. Joyous chaos. It’s lovely,” said his mother of the jubilation back home.

“I spoke to Tom this morning and he said he’d watched it over and over again.”

With more races to come, the projector and the bunting are staying up - and some of the overnight guests may stick around as well.

“We had about seven people sleep over in various cubby holes and dens. I think about six of them are still here,” said Hughes.