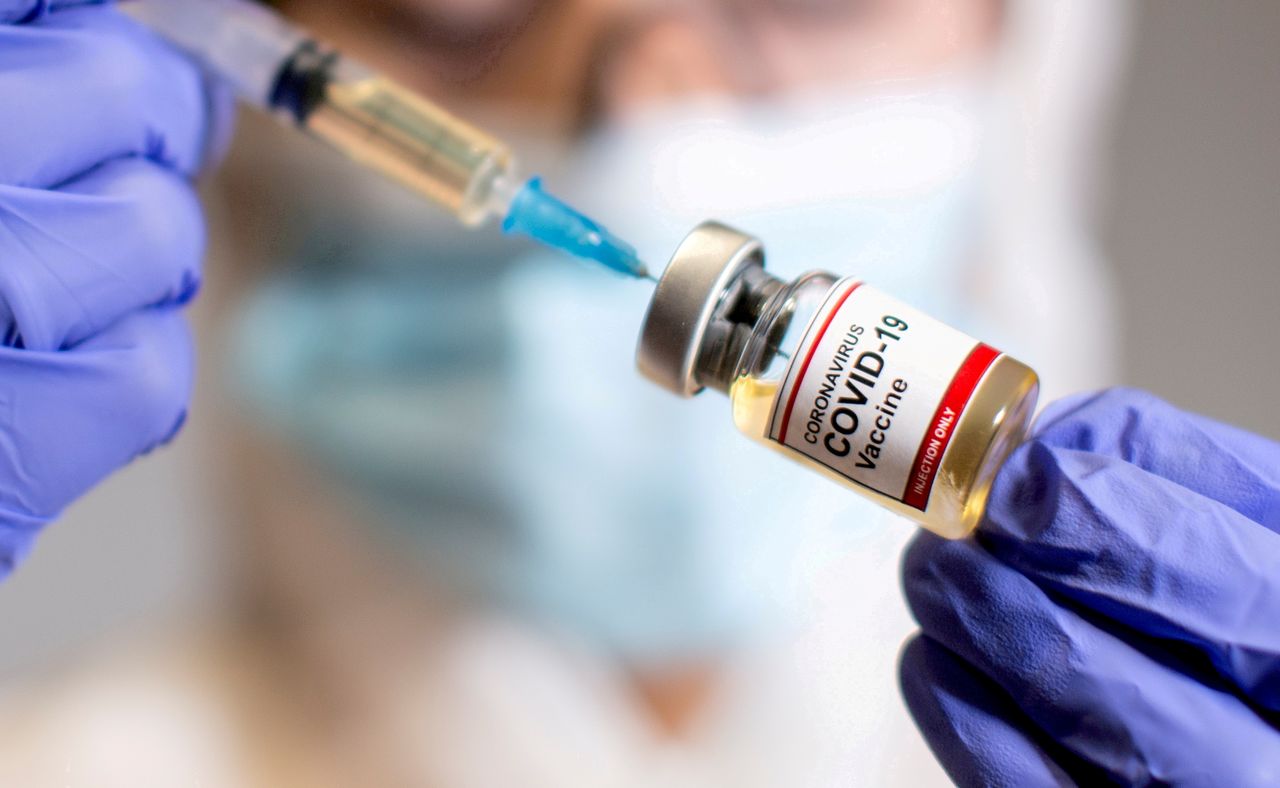 FILE PHOTO: A woman holds a small bottle labelled with a "Coronavirus COVID-19 Vaccine" sticker and a medical syringe in this illustration taken October 30, 2020. REUTERS/Dado Ruvic

After successfully containing the virus for much of the pandemic, Vietnam has been facing record daily surges of infections since an outbreak which emerged in late April.

The government has imposed strict curbs on movement in about a third of the Southeast Asian nation, including the commercial hub of Ho Chi Minh City and the capital, Hanoi.

The deal between the Japanese and Vietnamese firms was subject to a confidentiality agreement, but would be based on the local production of recombinant protein-based vaccines, health ministry official Nguyen Ngo Quang told VnExpress.

In a statement released by the government later, the transfer is expected to be completed by June next year.

Both Shionogi and AIC did not immediately respond to requests from Reuters for comment on the deal.

A source at Vabiotech confirmed the company was in talks with Japan's Shionogi but refused to give more details, citing the confidentially agreement. Last week, Vabiotech said it had produced its first test batch of Sputnik V vaccines which it said would be shipped to Russia for quality checks.

In May, Shionogi said it may start supplying COVID-19 vaccines later this year.

Vietnam's COVID-19 numbers have surpassed 6,000 infections a day for the past week. The current outbreak has increased pressure on the government to shore-up its vaccine supply and seek technology transfer deals globally.

Last week, Vietnam said it was in talks with the United States on the domestic production of messenger RNA (mRNA) vaccines.

The government expects a homegrown Nanocovax vaccine, developed on the same protein-based recombinant DNA technology, to be available for domestic use by the end of 2021.

Vietnam reported 7,913 new COVID-19 cases on Tuesday, raising its total infections since the start of the pandemic to 114,260. Around 423,000 people have been fully vaccinate, according to official data.