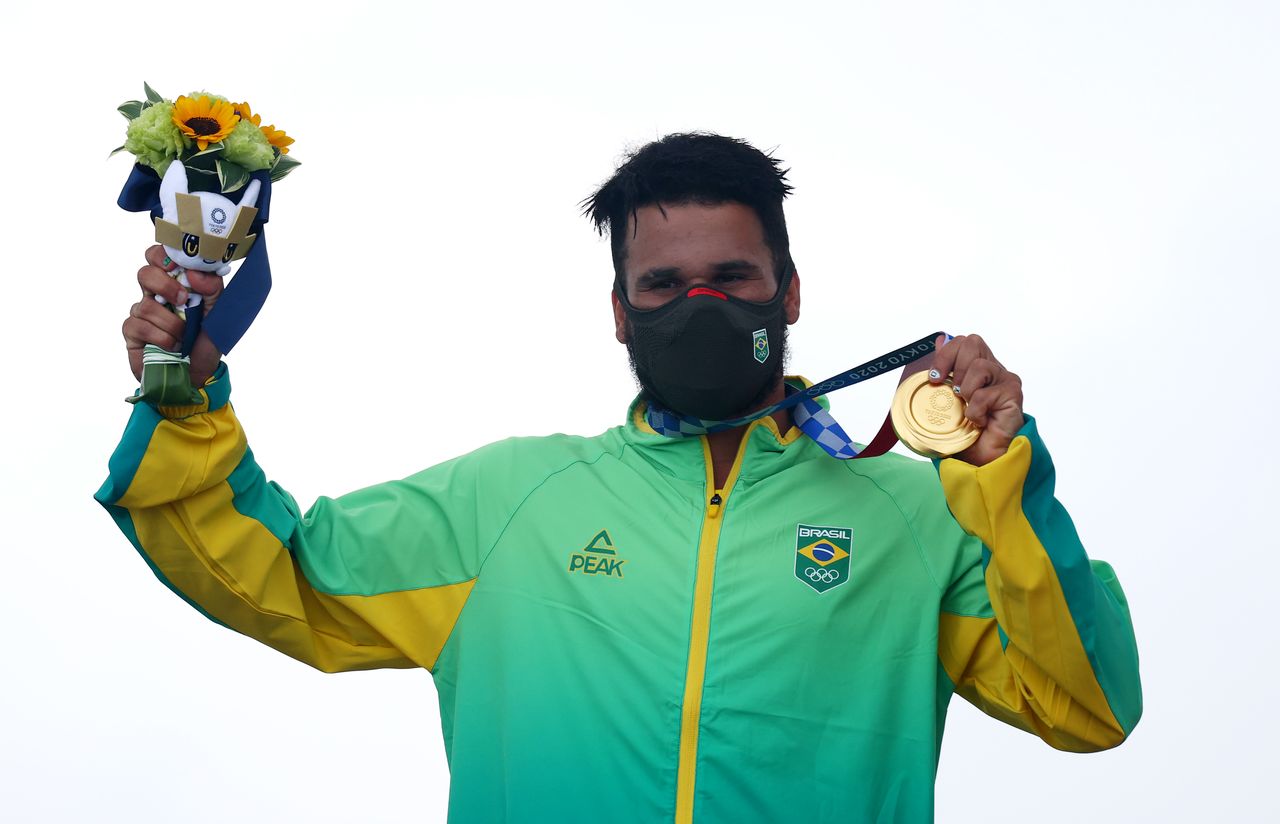 ICHINOMIYA, Japan (Reuters) - There can have been few more humble beginnings to an Olympic career than those of Italo Ferreira, who started out surfing on the lid of his father’s cooler box and ended up with a gold medal at the Tokyo Games.

The 27-year-old started out small, like the seaside town Baia Formosa on Brazil’s northeastern coast where he grew up, starting with his dad’s lid and progressing to borrowing boards from his cousins before being discovered at the age of 12.

He defeated Japan’s Kanoa Igarashi on Tuesday to claim the gold in an event broadcast around the world, pointing to the sky as the siren sounded to signal the end of the competition, as well as that of his incredible journey from his humble hometown of 10,000 people.

“I’m so proud to grow up in place that I had great people behind me, all the people gave me a lot of support to be here, believed in me, and that’s helped me and motivated me a lot,” he added.

Ferreira blazed a trail through the tough waves at the Tsurigasaki Surfing Beach to take the first Olympic gold medal in the sport’s history, with his aggressive carving and fearless aerials impressing the judges over three days of competition.

As darkness fell over the beach outside, he was asked if had a message for sports fans watching surfing for the first time.

“I just wanna say - surf can change your life,” Ferreira smiled, the Olympic gold medal glittering around his neck.