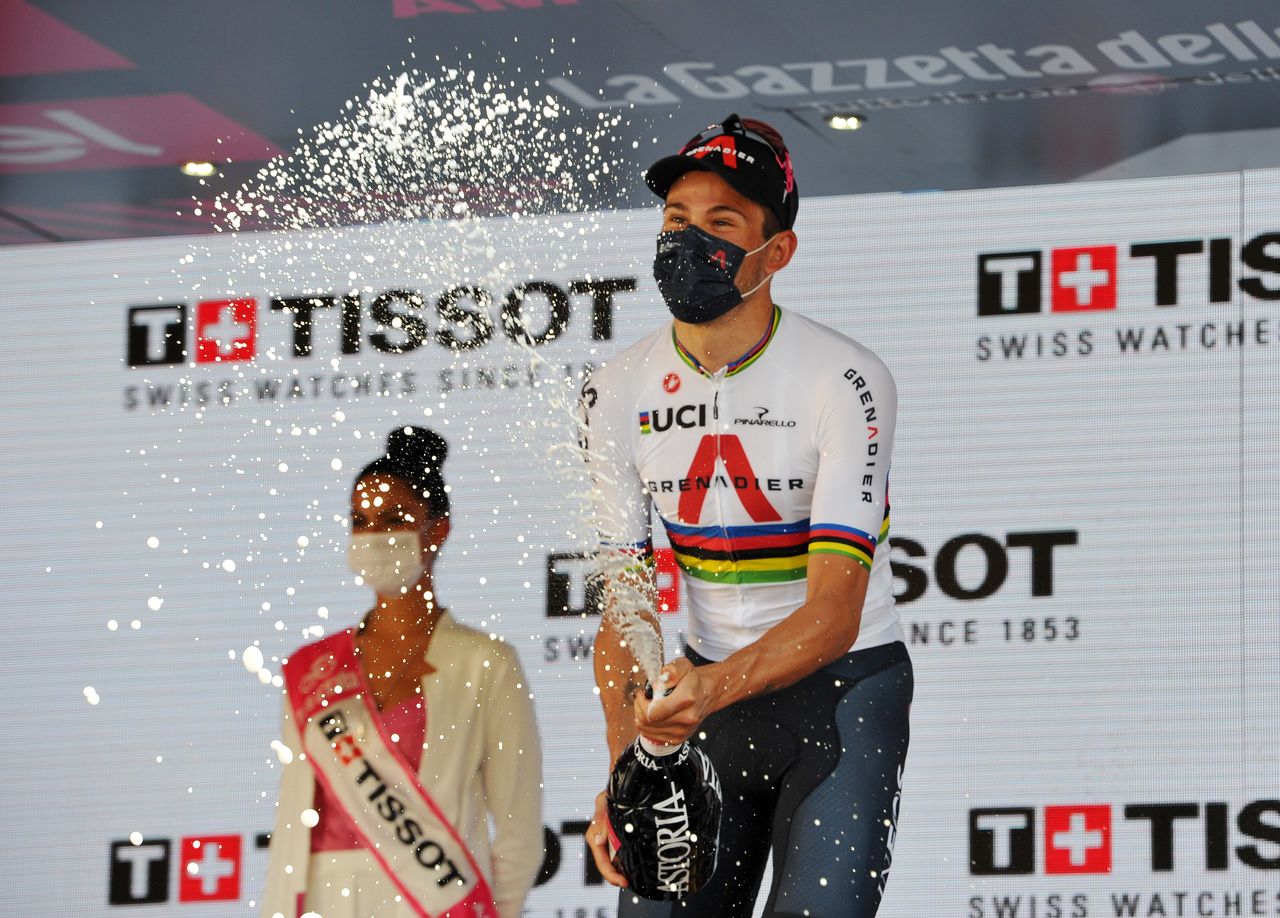 TOKYO (Reuters) - World champion Filippo Ganna has swept the majority of individual time trials in the past few seasons but only an Olympic gold in Wednesday’s event can cement his place among the all-time great sprint specialists.

The Italian rider has an opportunity to join Spain’s Miguel Indurain and Swiss Fabian Cancellara as an Olympic gold medallist in the time trial while still in possession of the world crown in the event.

Ganna, nicknamed ‘La Bestia’ - the beast - did not make the cut for Italy’s Rio 2016 lineup, but has since picked up 10 professional time trial wins - including the 2020 world title on home soil and five Giro d’Italia stages.

Competing three days after his 25th birthday, Ganna cannot expect plain sailing when he rolls down the ramp at the Fuji International Speedway.

The Belgian duo of Wout van Aert, who won silver in Saturday’s road race, and Remco Evenepoel will start as strong medal contenders along with Slovenian Primoz Roglic, while Dutchman Tom Dumoulin will be looking to upgrade his Rio silver.

Rohan Dennis, twice a world champion, also cannot be discounted, with the Australian skipping the Olympic road race at the weekend specifically to target this event.

These contenders will race against the clock over two laps of a hilly 22.1-km loop with the start and finish on the old Formula One racing circuit.

The route brings an elevation gain of 846 metres in total – and it is by no means a flat, power time trial for the purists.

Regardless of the result, Ganna’s first Olympic campaign will not end on Wednesday as he will also take part in the men’s team pursuit track cycling event next week.

Only three men have previously claimed a gold medal in multiple cycling disciplines at the same Olympic Games.

“I did a big block of work on the track before this year’s Tour de Romandie,” Ganna said on the eve of the Tokyo Games.

“I want this challenge of going to the Olympics and trying for two gold medals. I want to try it, and I believe in my possibilities.”

(Reporting by Hardik Vyas in Bengaluru; Editing by Ken Ferris)