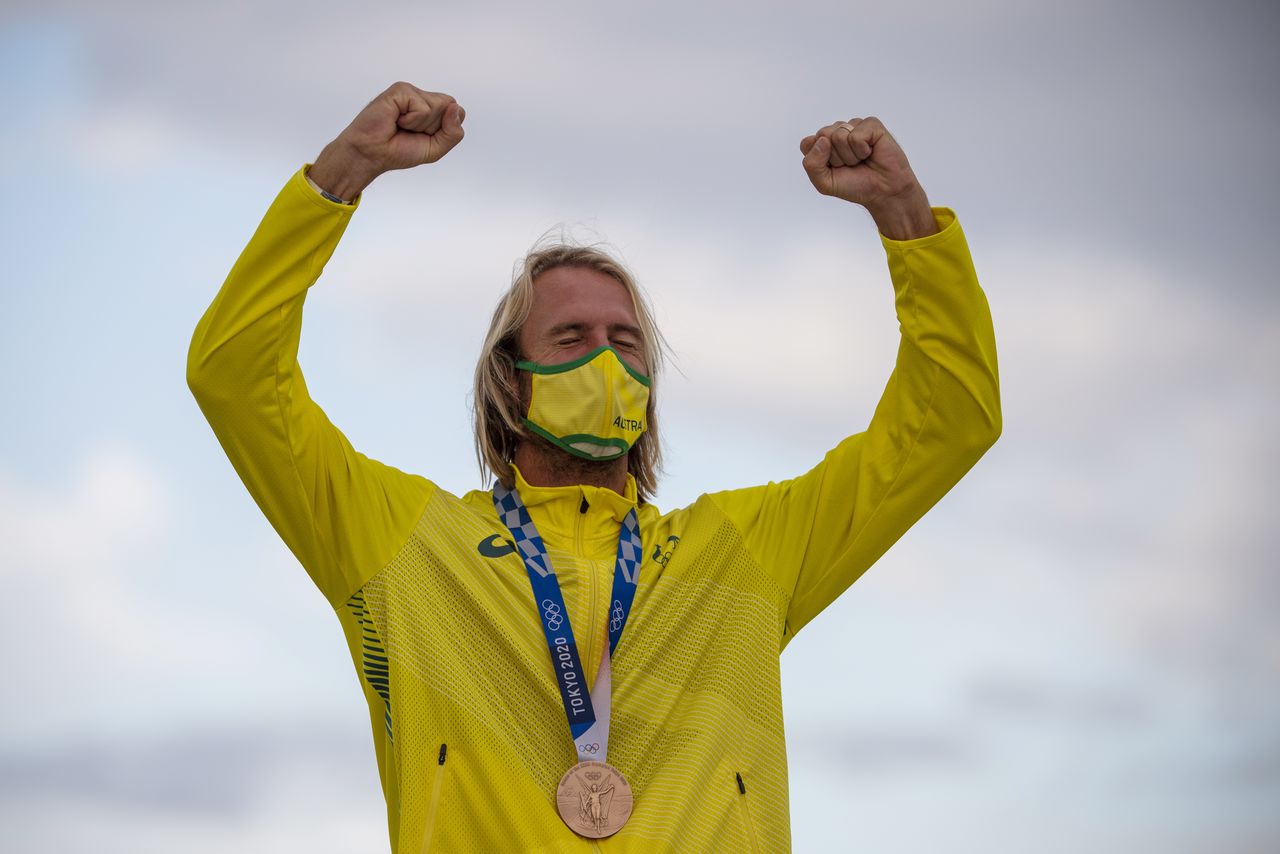 ICHINOMIYA, Japan (Reuters) - Australian surfer Owen Wright suffered a traumatic brain injury in 2015 after a training wipeout, but all that was forgotten on Tuesday as he crowned his remarkable comeback with an Olympic bronze medal.

The affable Aussie, who suffered from memory loss and struggled to learn to walk again after a bleeding on the brain, clutched his medal as he recalled how he overcame the darkest of moments.

“I didn’t count myself out. I did imagine it, and that’s probably why I’m here. I visualised myself with a medal around my neck. I didn’t know how it was going to happen, but I wanted it to happen so bad,” he told reporters, the bronze medal finally around his neck.

Wright held his nerve in a tough medal heat against Brazilian world number one Gabriel Medina, hanging on to take a bronze he scarcely thought possible.

“It was intense, it was really intense. I felt like I had the whole country there supporting me, and it was tough out there, it was coming down to the last 10 or 20 seconds,” the 31-year-old said.

Wright was originally lukewarm to the idea of having surfing included at the Olympics when it was first floated, but a meeting with Australian sporting heroes including former Olympic 400 metres champion Cathy Freeman changed all that.

“We didn’t really understand what the Olympics meant, we’ve never been involved and we were complete outsiders. Then we had some past Olympic champions come and talk to us all and it changed so rapidly. We were crying listening to them talk,” he said.

“You could see how much passion and pride and how much it meant to them, and that’s the moment it changed for all of us ... it ignited what that Olympic dream means for us all.”

With his Olympic experience now behind him, Wright is convinced that it will be a huge boost for surfing.

“I really think it can be the pinnacle of our sport. It’s hard coming into this, you still think the world title is amazing, but when you’re standing here ... there’s something special about it that’s beyond what I thought. This feeling is incredible,” he said.