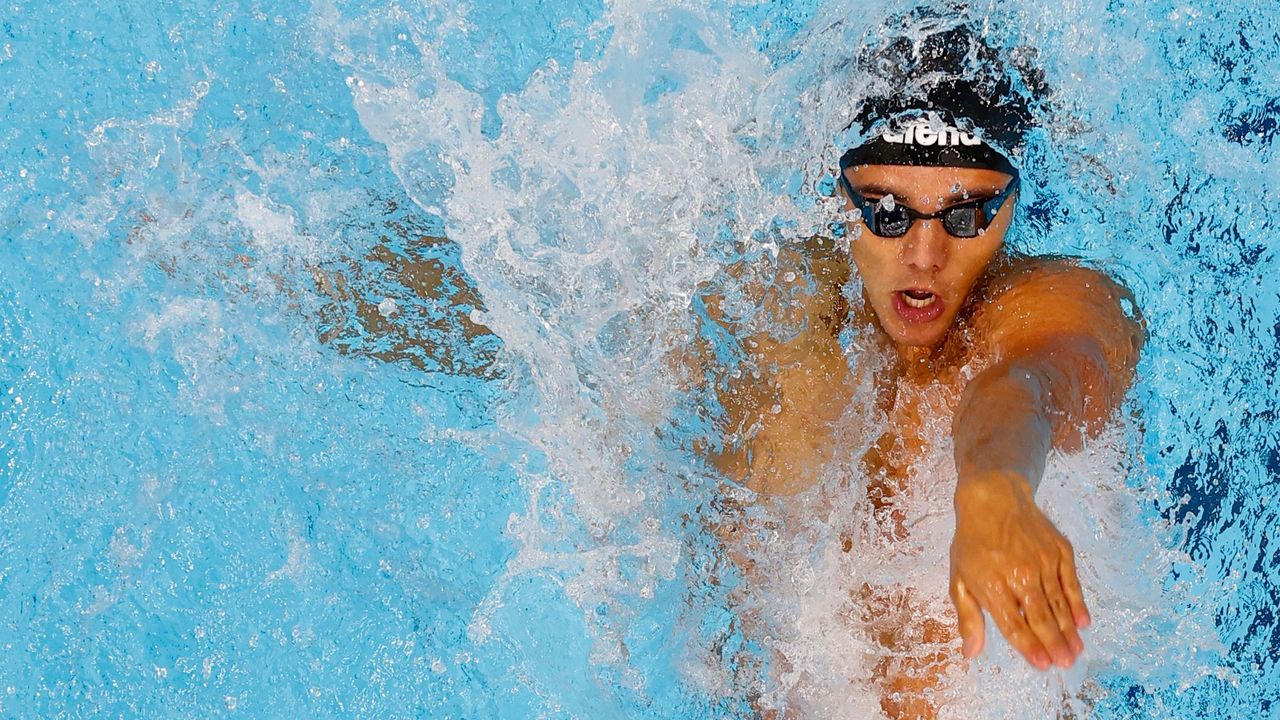 TOKYO (Reuters) -Italy’s Thomas Ceccon was fastest in the heats of the 100 metres freestyle at the Tokyo Olympics on Tuesday ahead of favourite Caeleb Dressel of the United States and Rio gold medallist Kyle Chalmers of Australia.

Ceccon posted a personal best of 47.71, two hundredths of a second ahead of Dressel, while Chalmers was a further four hundredths behind. The world record time in the event is 46.91.

With the semi-finals to come, it was clear the majority of contenders were content to just make it through to the next round of qualifying.

“Everyone is just playing games and I’m one of them,” said Chalmers.

“I ticked the box to get through the rounds and now I need to conserve as much energy as possible... Maybe I don’t even need a middle lane,” he said, a reference to 18-year-old Tunisian Ahmed Hafnaoui, who won gold in the 400m freestyle from the outside lane.

China’s Zhang Yufei, who narrowly missed out on gold in the 100m butterfly won by Canadian Maggie MacNeil on Monday, posted the fastest time in the women’s 200m butterfly heats.

Australia’s Zac Stubblety-Cook tied for first in the men’s 200m breaststroke heats with Arno Kamminga of the Netherlands, followed by Finland’s Matti Mattsson.

Australia were second fastest, 1.75 seconds behind, with Italy third.

Ukraine’s Mykhailo Romanchuk qualified fastest for the men’s 800m freestyle, a new event at these Games, but Hafnaoui failed to make the cut.

“There’s a lot of people trying to target the 800. People are learning to swim it. I think Thursday morning it’s going to be a good race,” said Australian Jack McLoughlin, the 400m silver medallist who qualified sixth fastest.