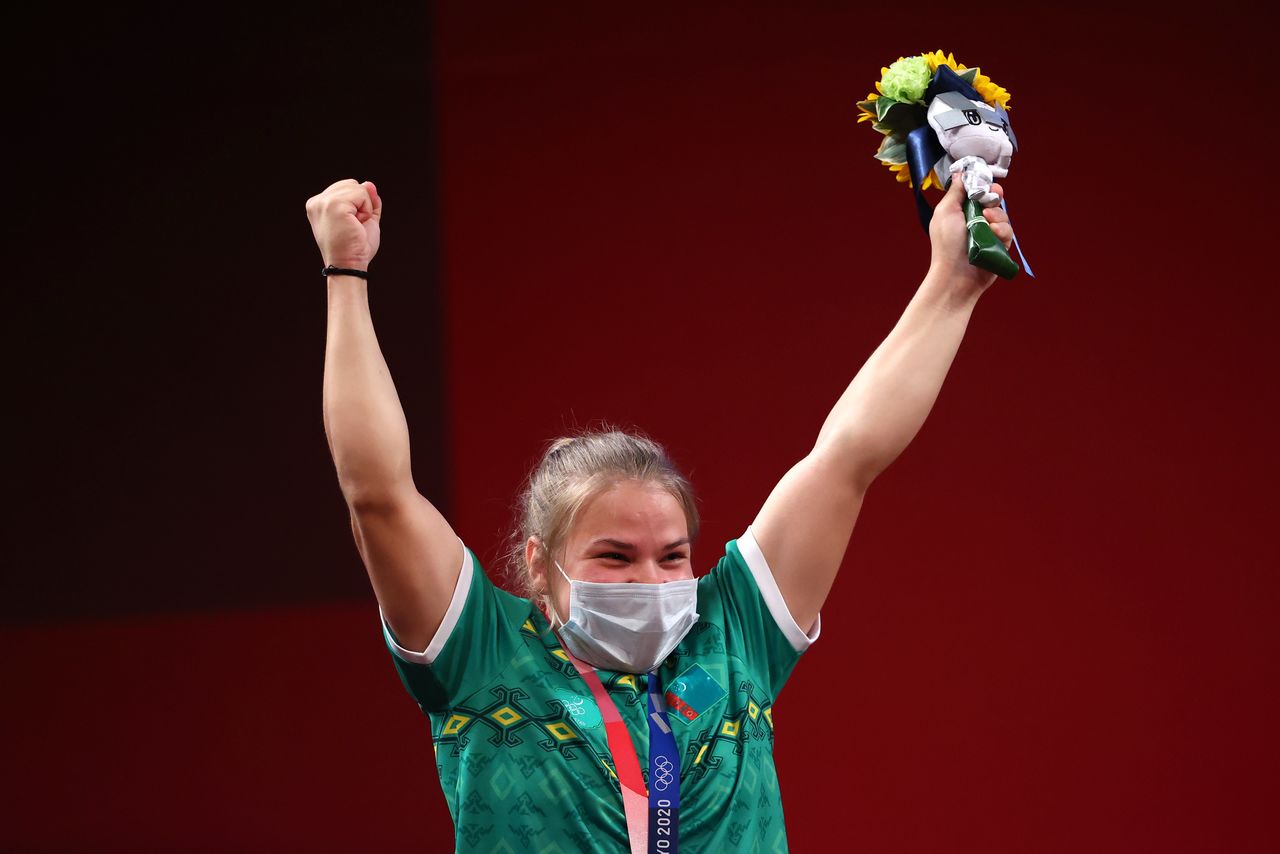 By Ece Toksabay and Junko Fujita

TOKYO (Reuters) - Weightlifter Polina Guryeva made history on Tuesday as Turkmenistan’s first Olympic medallist and, as the shock sank in, began wondering how she might cope with the hero’s welcome she is anticipating back home.

A former gymnast and a first-time Olympian, Guryeva won silver in the -59kg class, behind her idol, Taiwan’s Kuo Hsing-Chun, who broke Olympic records in all three of the event’s categories.

“It’s the first medal, and it’s me who won it,” an overwhelmed Guryeva told reporters at the Tokyo International Forum. “I think I’ve made myself a name in the history of Turkmenistan... I’m so shocked.”

Guryeva said she had found it hard to adapt to the -59kg category, having dropped down from -64kg last year.

“That’s how I had the chance to come to the Olympics. It was so hard. I tried and trained so hard,” she said, adding that she had used Kuo as a inspiration.

Part of the Soviet Union during most of the 20th century, Turkmenistan declared independence in 1991 and is run by its president as an autocracy.

Guryeva’s homecoming is likely to be celebrated in style, a prospect that the 21-year old is only just beginning to come to terms with.

“What am I going to do? I don’t know. I’m going to be in shock throughout.”