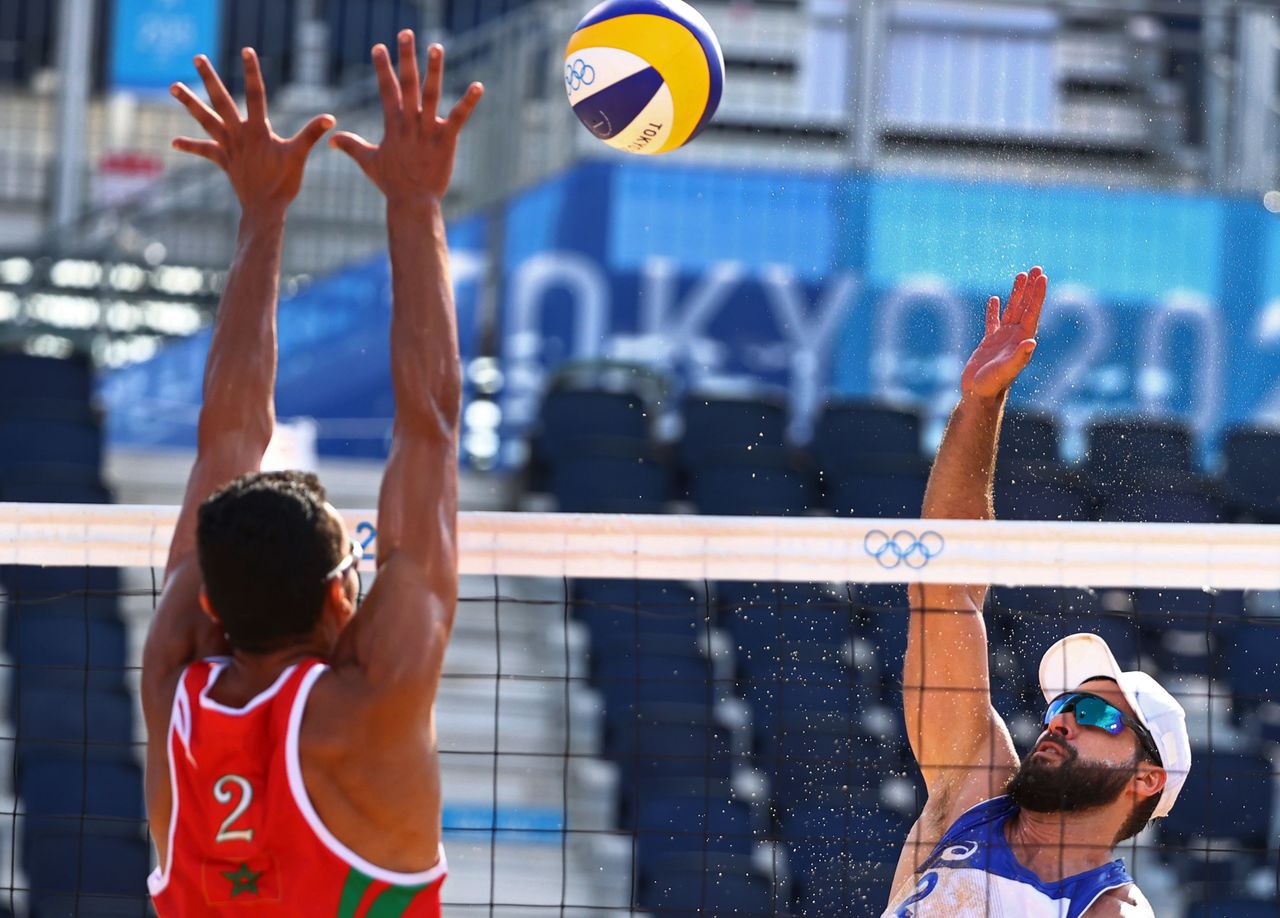 Schmidt, now partnered with Evandro, came through unscathed in a 21-14 21-16 victory over Morocco while Alison and Alvaro Filho lost 24-22 19-21 15-13 to Americans Nicholas Lucena and Philip Dalhausser.

While Schmidt and Evandro have sealed progress to the knockout stages, their compatriots must wait for the final set of fixtures before they can guarantee qualification but it was the changing weather that was the major talking point.

“Here, in the arena the wind is not too strong but it’s swirly... It was hard to find a good place to serve because of the wind, so you got to worry about not making mistakes.

“(Tokyo) is both hot and humid, I didn’t expect it. The first two weeks here are one of the hottest that I had in my life, believe it or not.”

In the women’s draw, China’s Wang Fan and Xia Xinyi upset Brazil’s world number one pairing of Agatha Bednarczuk and Duda with a 21-18 21-14 victory to top Pool C.

The Chinese pair are assured of a place in the knockout stages with one round left to play.

“We could play using what we learned from the last game, especially on serve. We had a lead because there were many mistakes that our opponents made in the first set,” Shiratori said, referring to their 18-15 lead in the opening set.

“However, as the game went on, their performance got better.”

“They’ve given us a hard time in the past and so just to have our game plan go smoothly is awesome,” Klineman said.

(Reporting by Rohith Nair in Bengaluru, editing by Ed Osmond)