Gymnastics-Biles says gymnastics not everything, 'we also have to focus on ourselves' 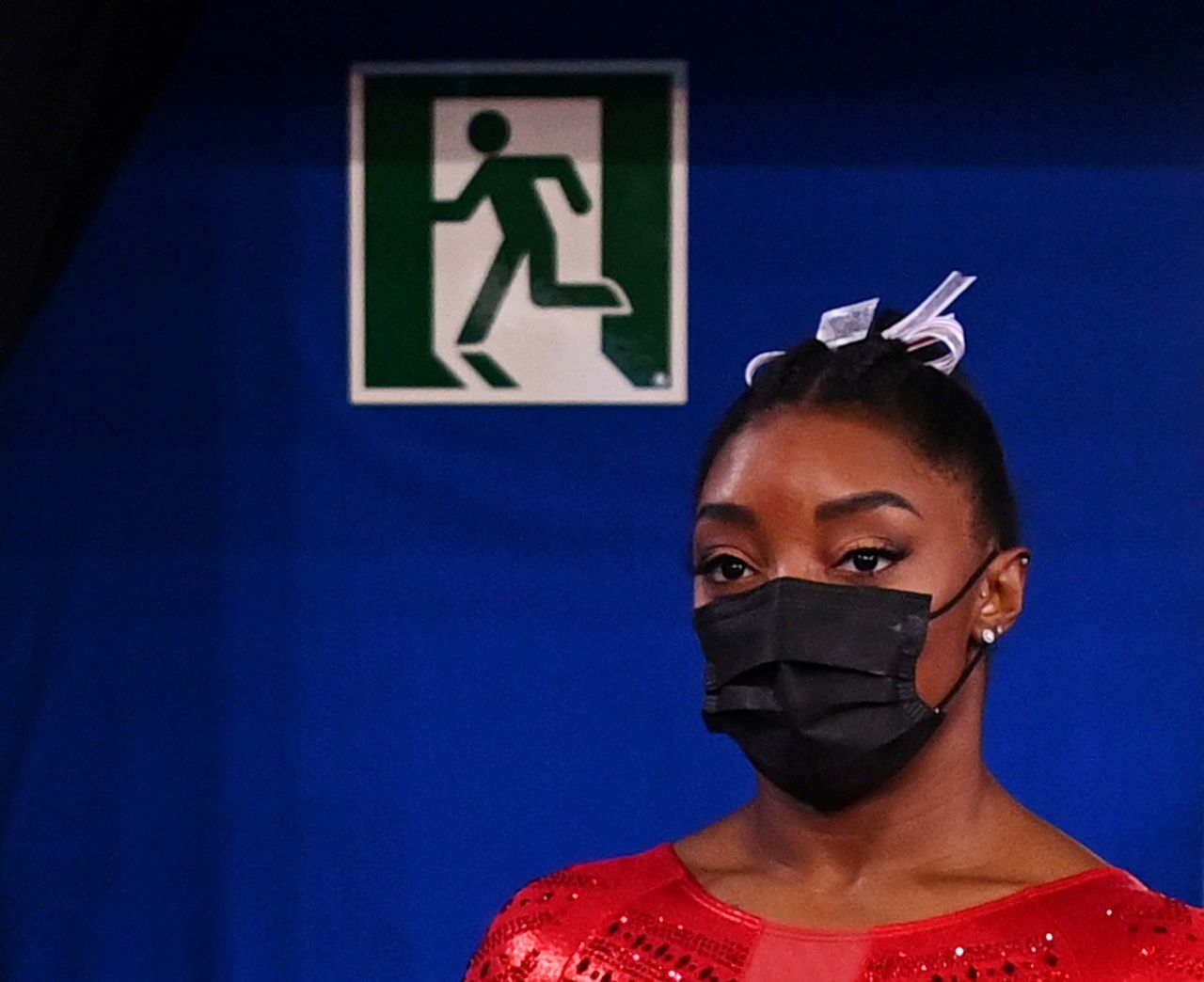 TOKYO (Reuters) -In the end, Simone Biles decided to pull out of the Tokyo 2020 team gymnastics finals on Tuesday because things just did not feel right after her vault, saying mental health is more important than sports.

Biles, who wrote on her Instagram just a day before about feeling the weight of the world on her shoulders, decided that rather than risk injury - and a medal for the rest of the team - she needed to just stop.

"It's like fighting all those demons and coming out here. I have to put my pride aside. I have to do it for the team," she told reporters after the team competition, in which her teammates stepped up and took silver, one member only having a brief time to warm up before her routine.

"And then at the end of the day, it's like 'you know what, I have to do what is right for me and focus on my mental health and not jeopardize my health and my well-being,'" she said.

Biles, considered by many to be the greatest female gymnast of all time, kept open the possibility of still competing in Tokyo, but said she would take it a day at a time. Individual all-around and apparatus competitions still remain.

By stepping back, and speaking up about it, Biles joins Japanese tennis star Naomi Osaka, who earlier this year dropped out of the French Open, citing the need to prioritize her mental health over taking part in mandatory news conferences after she was fined for not appearing.

Osaka lost in tennis earlier on Tuesday and said she too had felt the weight of expectations. She was the final torch bearer to light the Olympic cauldron at Friday's opening ceremony.

"I definitely feel like there was a lot of pressure, this time around," Osaka said. "I think it's maybe because I haven't played in an Olympics before and for the first one to be here was a bit much."

"But I think I'm glad with how I played... with taking that break that I had. I've taken long breaks before and I've managed to do well," Osaka said.

After the vault, Biles had a hasty conference with her team at the side of the runway, looking upset, before walking off the floor with her bag. She reappeared in her warm-up suit, watched her teammates snag silver, and even clowned around dancing with fellow teammate Jordan Chiles.

But later she spoke of feeling "lost" after the vault and deciding that she needed to "call it," stressing that she made the decision and not her coaches.

Prior to the Olympics, Biles said, she had been going through some things and using therapy and medicines to cope. But after coming into the Games, stresses began to build up.

Especially hard was the sense she was no longer doing gymnastics for herself, but for the rest of the world.

"It just sucks when you are fighting with your own head. You want to do it for yourself but you’re just too worried about what everybody else is going to say, think, the internet," she said.

By turns calm, philosophical and even joking with her teammates, Biles did choke back tears at one point.

"I just don't trust myself as much as I used to. I don't know if it's age, I’m a little bit more nervous when I do gymnastics. I feel like I’m also not having as much fun," added the 24-year-old, owner of four Olympic gold medals, one silver and one bronze.

"I know that this Olympic Games I want it to be for myself," she said, tearing up. "I came in and it felt like I was still doing it for other people, so that just hurts my heart that doing what I love has been kind of taken away from me to please other people."

Robert Andrews, a mental training expert who worked with Biles for about four years from March 2013, told Reuters he suspected stress played a large factor in Tuesday's turn of events.

"Gymnastics probably more than any other sport ... requires laser, pinpoint focus," said Andrews. "Being a global presence, the greatest of all time, all that starts creating interference."

Biles cited Osaka as an inspiration and said she thought it was good to be talking about mental health in sports.

"We also have to focus on ourselves because at the end of the day, we're human too. We have to protect our mind and our body rather than just go out there and do what the world wants us to do."