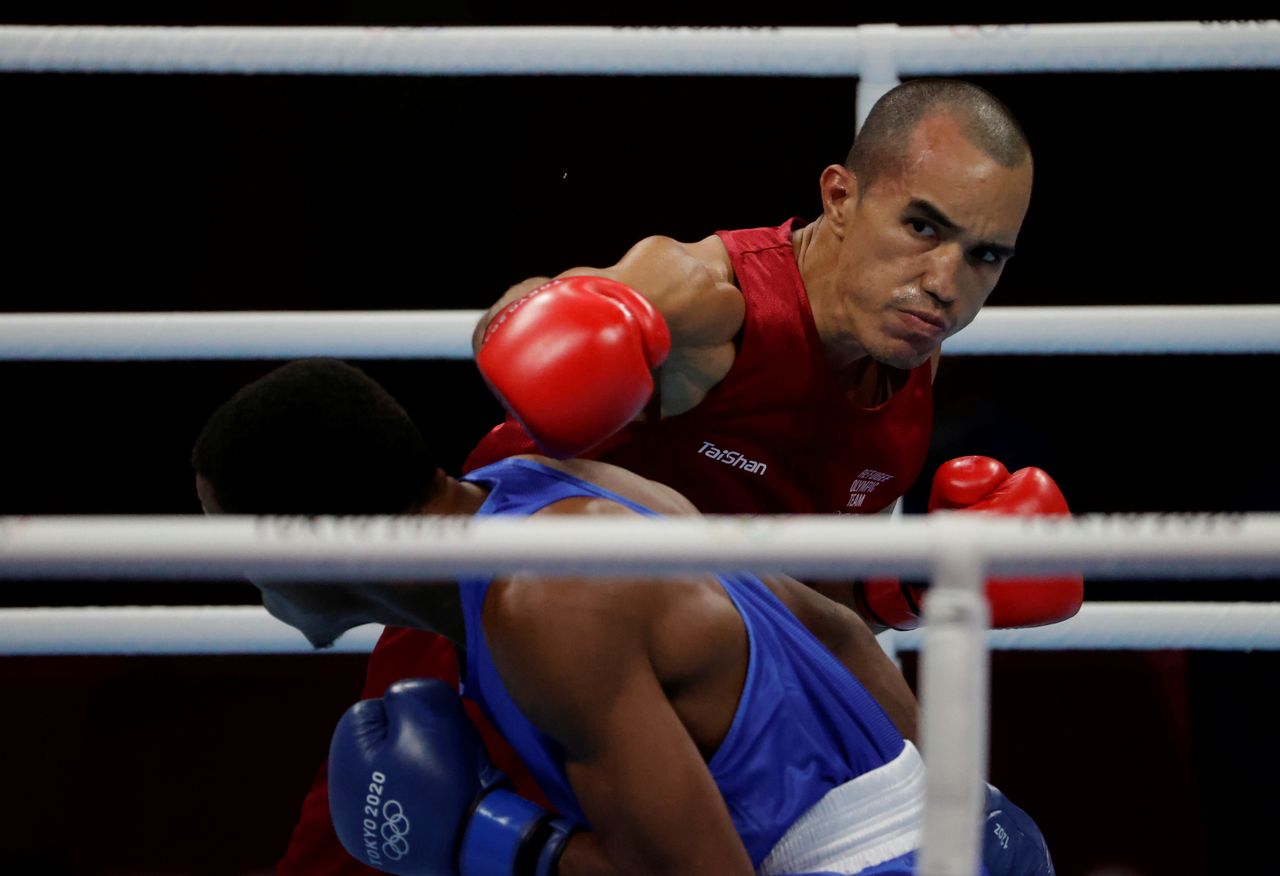 CARACAS (Reuters) -The United Nations refugee agency said on Tuesday it is seeking to help a Venezuelan boxer who fought in the Tokyo Games for the Refugee Olympic Team, a day after his father said he cannot return to Trinidad and Tobago where he had been living.

Eldric Sella lasted only 67 seconds in his opening bout against the Dominican Republic’s Euri Cedeno, cutting short the Olympic aspirations of the 24-year-old boxer who in 2018 fled his home country for Trinidad and Tobago.

His father Edward, in an interview with Venezuelan online broadcaster VPItv on Monday, said Sella cannot return to the Caribbean nation and that the family had sought help from the U.N.'s refugee agency (UNHCR).

“UNHCR is in discussions to assess the most appropriate solution for Eldric Sella and his family,” a spokesperson for the United Nations High Commissioner for Refugees said in an email, declining to provide details for confidentiality reasons.

“We are very proud of Eldric’s achievements as part of the Refugee Olympic Team and are grateful for all the support provided to him and his family thus far,” the spokesperson said.

Trinidad and Tobago’s Ministry of National Security, which handles immigration issues, did not respond to a request for comment.

It was not immediately clear why Sella would be unable to return to Trinidad and Tobago, where he had sought asylum.

Before traveling to Japan, he had to obtain an exemption from the Trinidad and Tobago government due to his refugee status.

In a statement posted on Twitter, Venezuelan Foreign Minister Jorge Arreaza said Sella was “not a refugee” and accused UNHCR of “using him ideologically against Venezuela.”

“No one is pursuing him,” Arreaza said, saying Serra had “migrated” to Trinidad. “He can come home whenever he wants.”

Sella made the Venezuelan national boxing team at the age of 18. But the country’s hyperinflationary economic crisis made food and medicine unaffordable for millions of Venezuelans and left scant resources for Olympic sports development.

In Trinidad, Sella worked odd jobs to earn a living and trained with his father, who left Venezuela to join him.

(Reporting by Brian Ellsworth in Caracas; additional reporting by Linda Hutchinson-Jafar in Port of Spain; Editing by Bill Berkrot and Sandra Maler)