Olympics-Swimming-Ledecky goes for two golds in a day, Titmus in the way 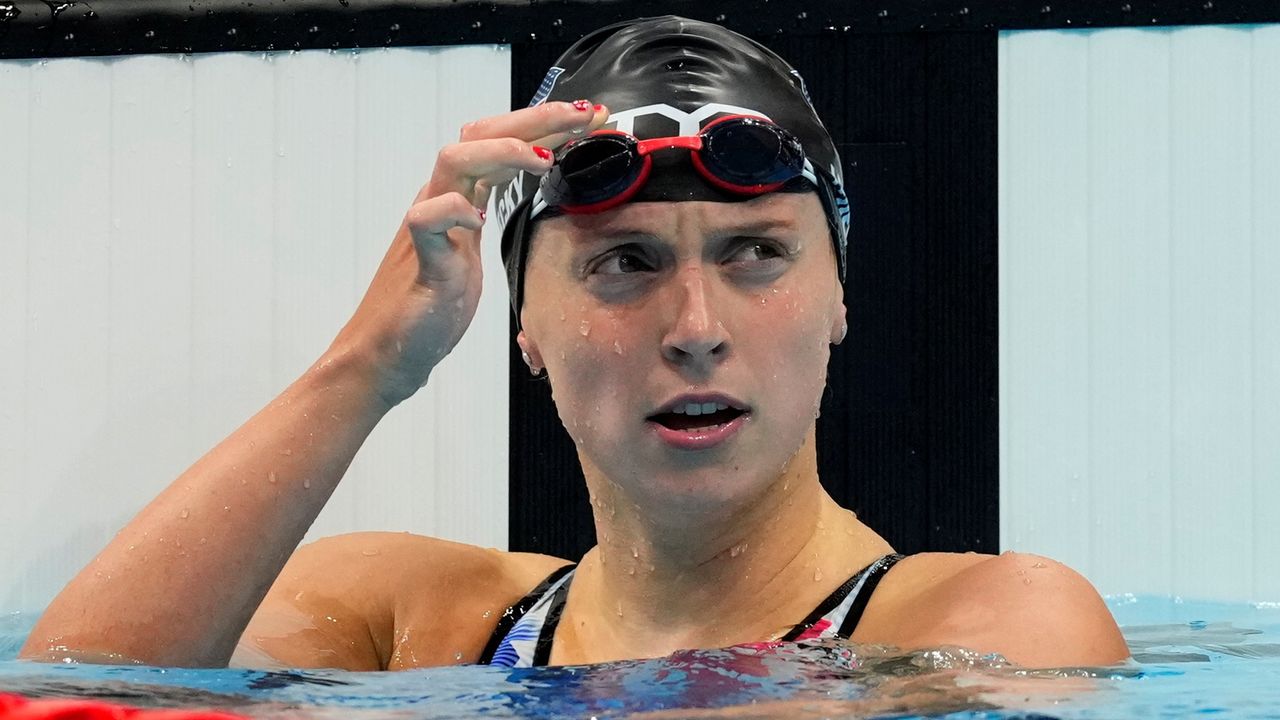 TOKYO (Reuters) - Round two of the Katie Ledecky v Ariarne Titmus rivalry lights up the pool at the Tokyo Olympics on Wednesday as the U.S. great seeks to add two more gold medals to her career collection of five.

Ledecky starts off with the 200m freestyle, an event for which the reigning champion qualified third fastest with Australia’s Titmus leading the way, and returns just over an hour later for the 1,500m free.

The shorter race will be the second big battle between the American and her 400m nemesis, with Titmus lining up in lane four as favourite for her second gold of the Games.

A threat to both is Hong Kong’s Siobhan Haughey, a close second in the semis, in lane five.

Another gold would make Titmus the first Australian woman to complete the 200-400 Olympic double since Shane Gould at the Munich 1972 Games.

Ledecky is at least the clear favourite for the 1,500, having qualified by far the fastest and also holding the world record. Titmus is also not swimming that one.

The longest women’s pool event is new for the Tokyo Games.

Hungarian Katinka Hosszu will try to defend her 200 individual medley title after losing out in the 400 IM while compatriot and world record holder Kristof Milak is the runaway favourite in the men’s 200 butterfly.

Tom Dean will be looking for his second gold of the Games in the 4x200 freestyle after Britain were comfortably quickest in the heats.

“We’re just looking so strong, everyone’s doing great splits and I’ve got plenty more in the tank,” said Dean, who swam the anchor leg and could afford to ease off at the end.

“It was quite obvious I took my foot off the gas in that back end because it was just about getting the job done tonight, making sure we secure a good lane for the middle of the pool tomorrow in the final.”