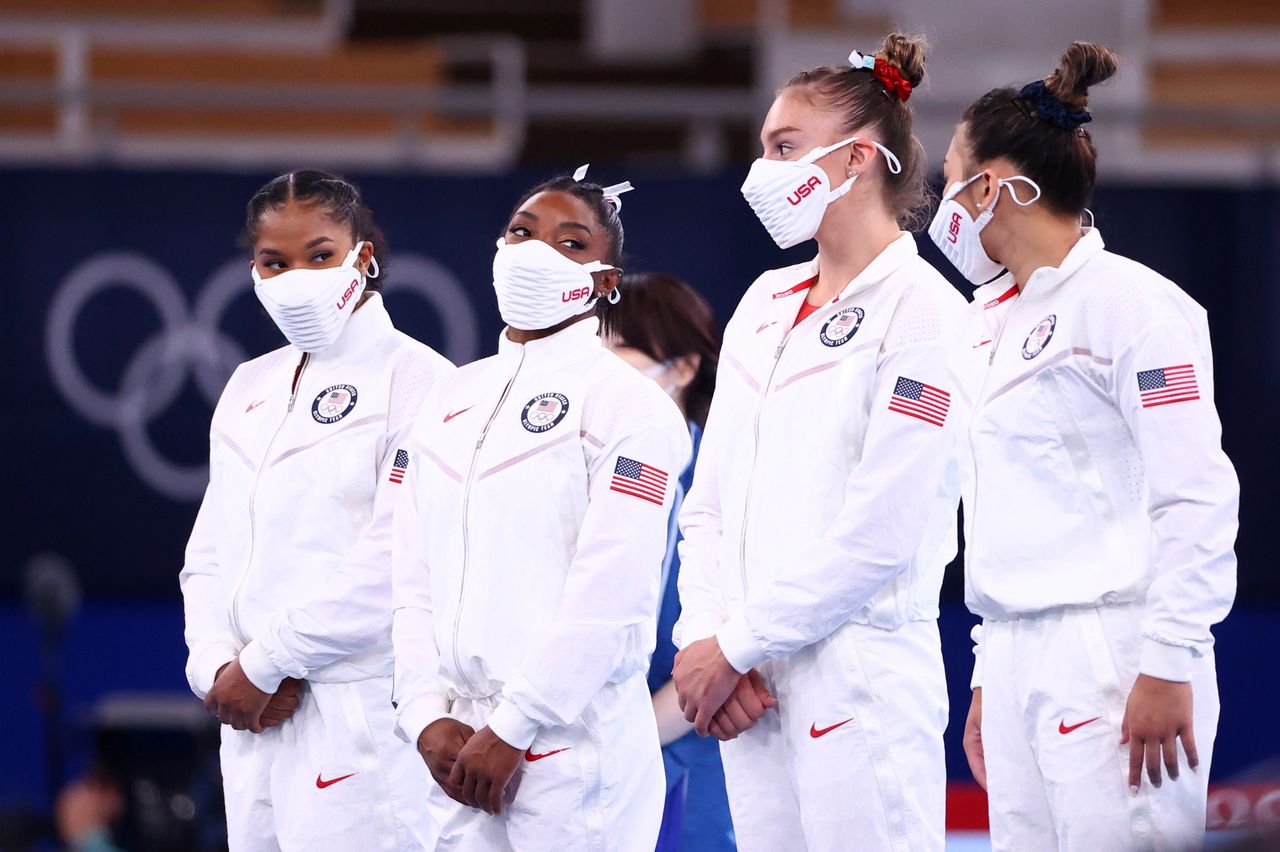 (Reuters) - American gymnast Simone Biles praised her team mates on Tuesday after they went on to capture a silver medal at the Tokyo Olympics following her stunning decision to withdraw from the women’s team final after a disappointing vault.

Biles, who later said she needed to focus on her mental health, posted a message of thanks on Instagram along with a photo showing her and team mates Jordan Chiles, Grace McCallum and Sunisa Lee showing off their smiles and silver medals.

“I’m SO proud of these girls right here,” Biles wrote. “You girls are incredibly brave & talented!

“I’ll forever be inspired by your determination to not give up and to fight through adversity! They stepped up when I couldn’t. thanks for being there for me and having my back! forever love y’all.”

Biles had an uncharacteristically low-scoring performance on the vault, where she managed just one-and-a-half of her planned two-and-a-half twists before landing hard and taking a large step forward.

The 24-year-old Biles initially left with a trainer but returned to cheer on her team, who went on to surrender the team title to Russia.

Biles, who for so long in her decorated career appeared invincible, told reporters mental health is more important than sports and that the pressure of living up to expectations left her no other choice but to stop after one vault.