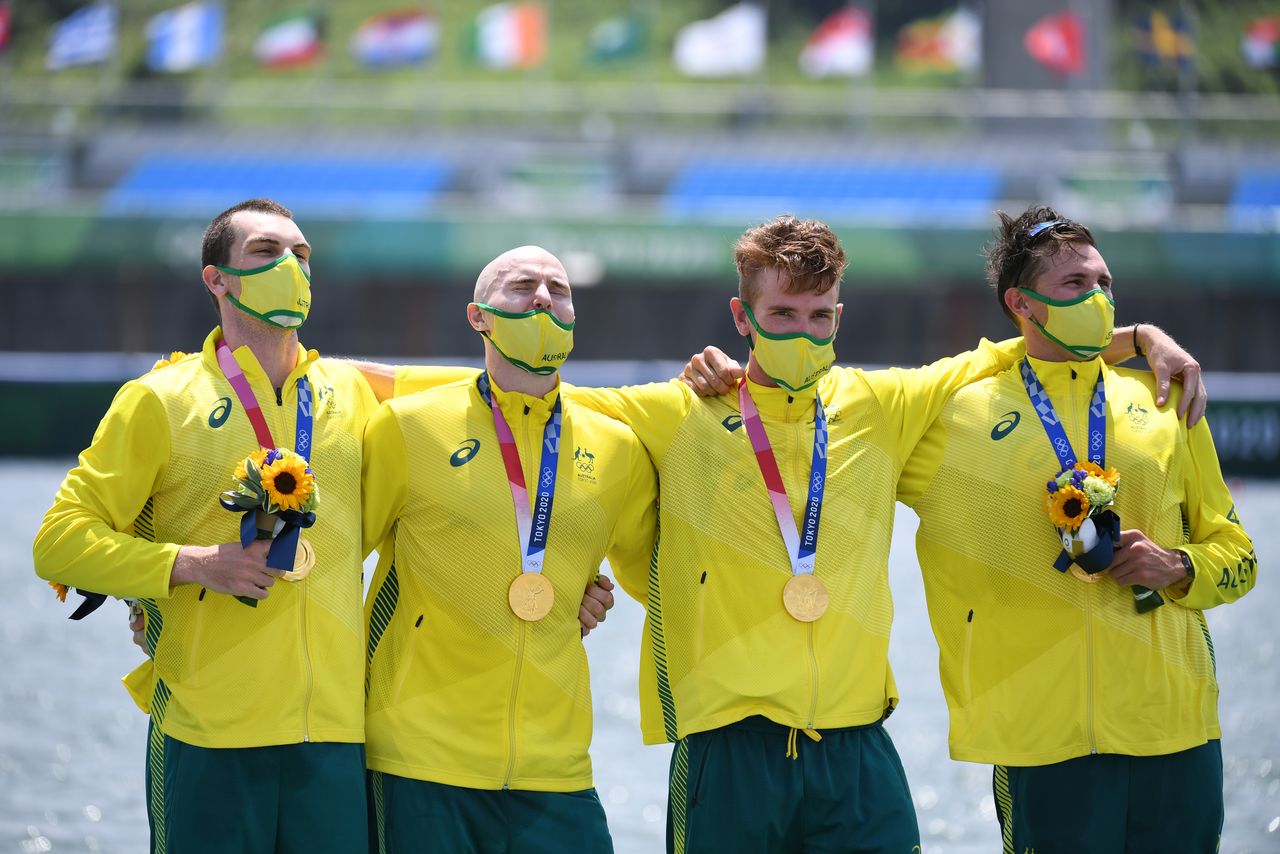 TOKYO (Reuters) - Australia won the men’s four in an Olympic best 5:42.76 on Wednesday at Tokyo’s Sea Forest Waterway, as Britain’s epic run in the event came to a crashing halt, and Australia won the women’s side as well.

The Britons veered out of their lane down the final stretch and finished fourth after topping the podium at the previous five Games, as Romania picked up silver and Italy took bronze.

In the women’s event, Australia triumphed in 6:15.37, while the Netherlands finished .34 seconds behind for silver and Ireland claimed bronze, its second-ever Olympic rowing medal.

(Reporting by Amy Tennery in Tokyo; Editing by Stephen Coates)