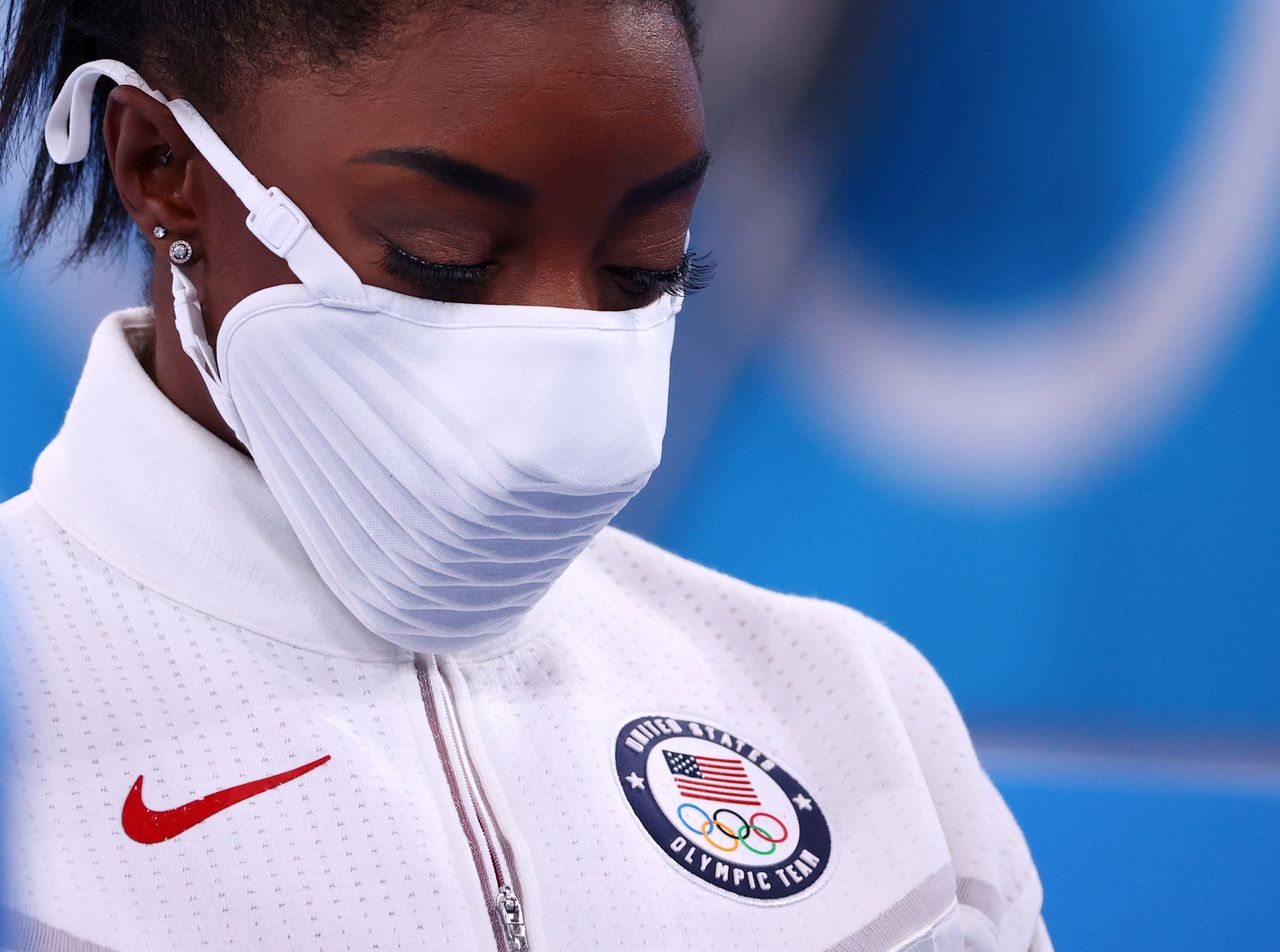 TOKYO (Reuters) -Superstar U.S. gymnast Simone Biles pulled out of a second event at the Tokyo Olympics on Wednesday, withdrawing from the individual all-around competition to focus on her mental health.

Less than 24 hours after she had sent shockwaves around the world by dropping out of the team event, the American said she would not take part in Thursday’s final, USA Gymnastics said.

Jade Carey will take her place in Thursday’s all-around event.

USA Gymnastics said they “wholeheartedly support Simone’s decision and applaud her bravery in prioritising her well-being.

“Her courage shows, yet again, why she is a role model for so many,” it said.

The governing body for the sport in the U.S. said Biles would be evaluated daily to see if she can take part in individual apparatus competitions still to come at the Tokyo Games.

Biles has spoken with astonishing candour about the pressure she is under here.

“There is more to life than just gymnastics,” Biles said on Tuesday night after pulling out of the team event.

“I know that this Olympic Games I want it to be for myself,” she said, tearing up.

“I came in and it felt like I was still doing it for other people, so that just hurts my heart that doing what I love has been kind of taken away from me to please other people.

“We also have to focus on ourselves because at the end of the day, we’re human too. We have to protect our mind and our body rather than just go out there and do what the world wants us to do.”

On Tuesday Biles picked up her sixth Olympic medal for being part of the U.S. squad that went on to place second behind Russia.

International Olympic Committee spokesperson Mark Adams had said earlier on Wednesday the IOC has “huge respect and support” for Biles.

Adams said mental health remained a big issue and that it was a matter the organisation had been working on for some time.

IOC President Thomas Bach was seen in deep conversation with Biles on the floor of the Ariake Gymnastics Centre on Tuesday before awarding medals.

Biles had been sheduled to appear in all six gymnastics event finals and a sweep of the gold medals would have given her 10, making her the most accomplished woman Olympian in any sport.