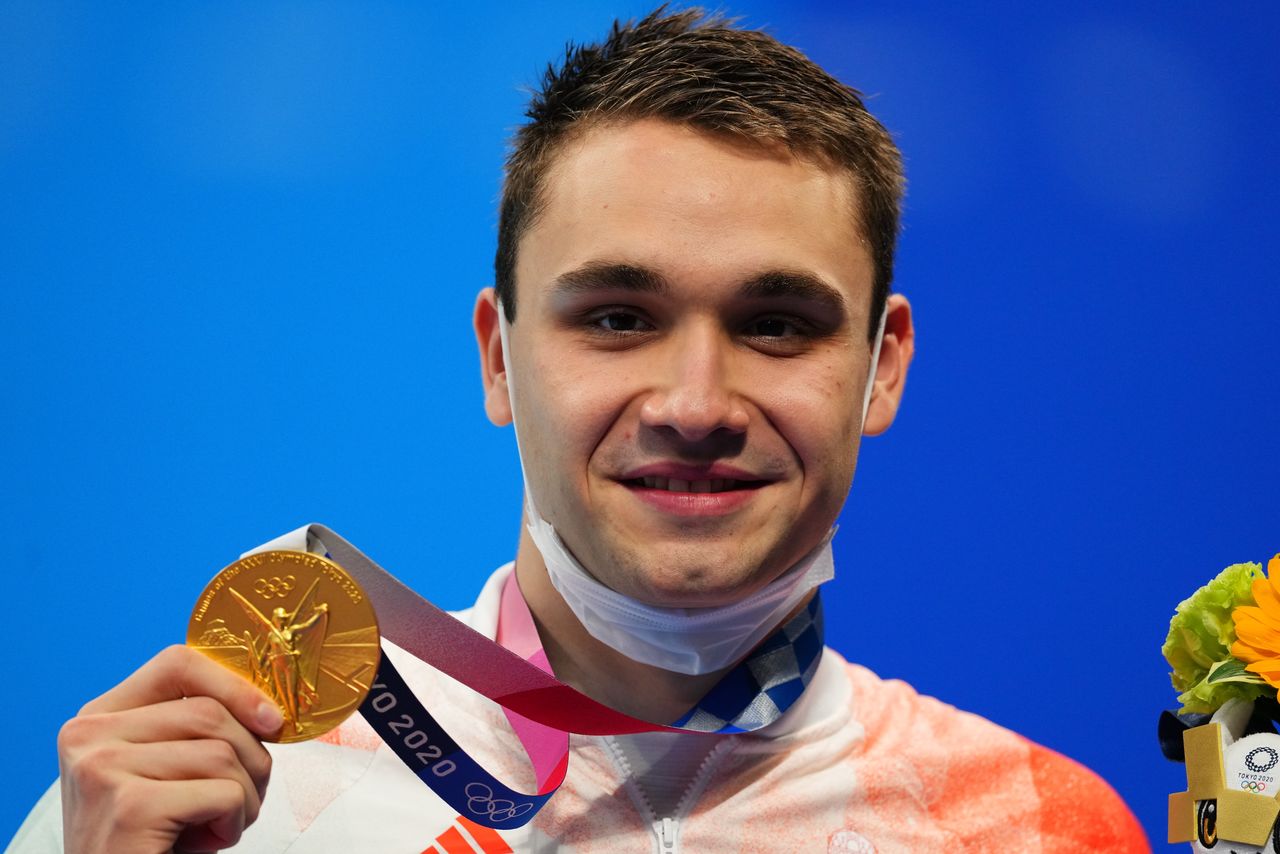 TOKYO (Reuters) -Hungarian gold medallist Kristof Milak was left furious, flustered and convinced his chance of beating his own world record had vanished on Wednesday, when his swimsuit ripped moments before his Olympic 200 metres butterfly final.

Milak was knocked off his stride by the torn trunks, with the satisfaction of winning his first gold medal and taking American Michael Phelps’s 13-year-old Olympic record playing second fiddle to his rage about a spurned world record shot.

“They split 10 minutes before I entered the pool and in that moment I knew the world record was gone,” Milak said after marching off the pool deck to collect his kit bag and pulling out the damaged trunks, which he switched for a spare set just before the final.

“I lost my focus and knew I couldn’t do it.”

The Hungarian turned third at the midway point but powered off the wall and opened up an insurmountable lead down the third length to finish in 1:51.25, four metres ahead of silver medallist Tomoru Honda of Japan, with Italian Federico Burdisso winning bronze.

Milak won’t be keeping the defective swimwear as a souvenir of his Olympic victory.

“It was a problem for me. I have a routine, a rhythm, a focus. This broke my focus and that problem impacted my time,” he told a news conference.

The gold was no surprise for Milak, 21, who has dominated the event and has the top four career times in the 200 butterfly, with the next three belonging to Phelps.

“It was impossible to win this race because Milak is Milak,” said bronze medallist Burdisso, a comment that drew a shoulder shrug and confident smile from Milak.

Honda gave a similar response when asked if winning gold was impossible - a question Milak took offence to.

“I’m angry about the question, this is not respectful to the other swimmers,” he said.

“I want respect for all the competitors. Obviously, they’re swimming for the gold.”