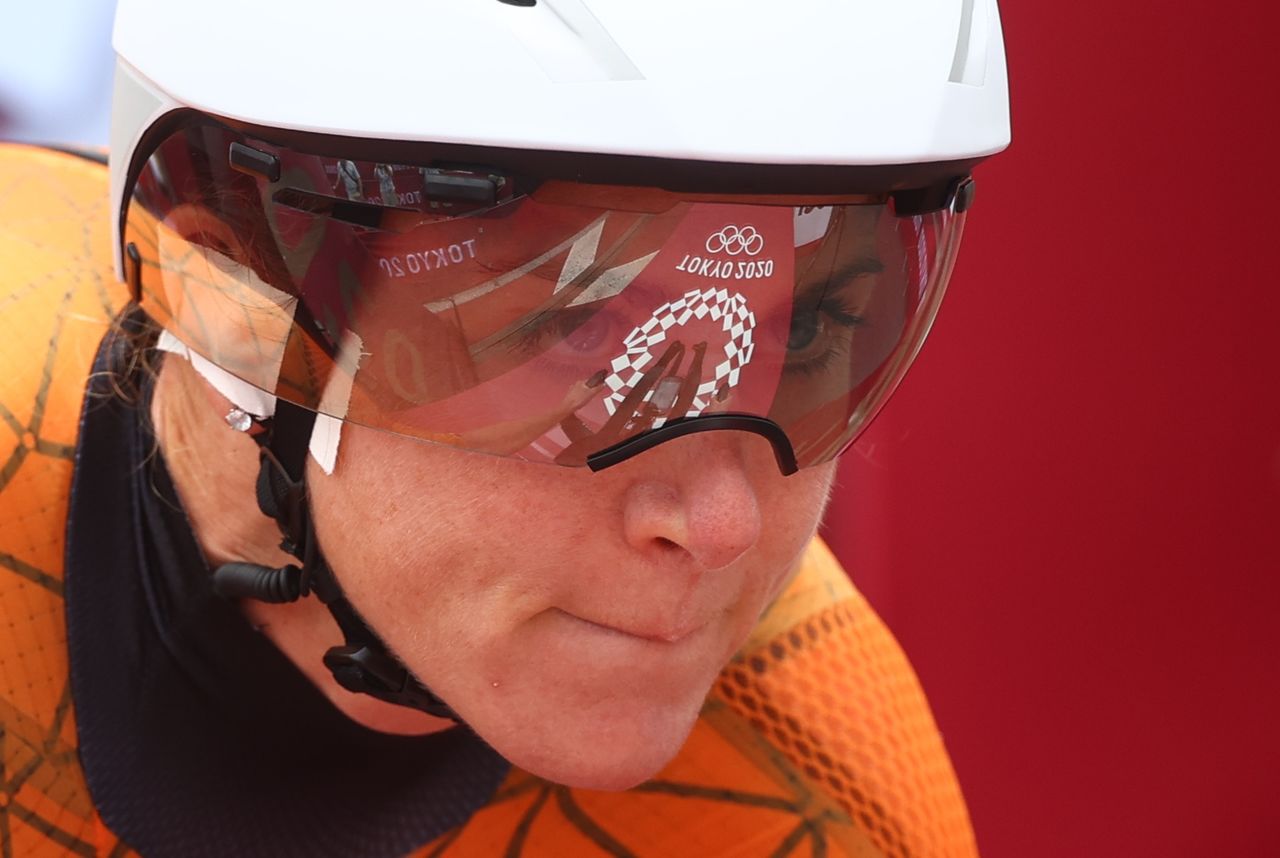 OYAMA TOWN, Japan (Reuters) -This time there was no mistake. Annemiek van Vleuten is an Olympic champion -- it is OFFICIAL!

The Dutchwoman, who mistakenly thought she had won the road race on Sunday, left nothing to chance as she romped to gold in the time trial, winning by a massive 56 seconds over 22km.

It was the sweetest of moments for the 38-year-old in her last Olympics -- having suffered her fair share of heartache -- and a boost for the Dutch team who were left red-faced on Sunday when they got their calculations all wrong.

Van Vleuten, who suffered spinal injuries in a serious crash when in sight of gold at the Rio Olympics road race, was a class apart with Switzerland’s Marlen Reusser the only other of the 25 starters to get within a minute of her time of 30:13.49.

A laughing Van Vleuten joked “I’m number one right” at the finish on the picturesque racing circuit -- virtually what she said on Sunday when she crossed the line celebrating, not realising that Austrian breakaway rider Anna Kiesenhofer had beaten her by more than a minute.

Speaking to reporters opposite the pitlane, Van Vleuten said she had taken the positives from Sunday’s disappointment rather than dwell on it, refusing to allow any negative vibes.

She even went as far as switching off all her social media, knowing her road race faux pas had gone viral.

“I knew from the road race data that I was in super, super shape,” the three-time world road champion said as she showed off her first Olympic gold.

“I parked that negative energy. For me this is a bonus and, yes, it’s very special to be an Olympic champion.”

While it was ecstasy for Van Vleuten, there was crushing disappointment though for American Chloe Dygert who despite being tipped as a favourite, finished down in seventh place, more than two minutes off the pace.

Dygert, who in 2019 became the youngest road time trial world champion, suffered a horrific crash in the 2020 world championship in Imola with a deep laceration on her thigh that required surgery.

She had already lost a minute by the first intermediate checkpoint at 9km and was never in contention for a medal.

Dygert looked in physical distress at the finish.

Van Vleuten is the second Dutchwoman to win the women’s individual time trial at the Games, after Leontien Martha Zijlaard-van Moorsel in 2000 and 2004.

The last three editions were won by American Kristin Armstrong who is now Dygert’s coach.