TOKYO (Reuters) - Siobhan Haughey won Hong Kong’s first Olympic swimming medal by taking silver in the 200m freestyle on Wednesday and said she hoped her achievement in Tokyo would inspire the next generation of Olympians back home.

The 23-year-old psychology major, already the first swimmer from Hong Kong to reach an Olympic final, looked set for gold before Australia’s Ariarne Titmus chased her down.

Haughey’s silver medal comes after Hong Kong secured a gold in fencing on Monday. It was Hong Kong’s first gold medal in 25 years.

“My achievement, coupled with Cheung Ka-long in fencing, can inspire other Hong Kong athletes who are here in Tokyo, and ‘add oil’ to them,“ she said after her race, a phrase meaning to keep drawing strength.

“Those swimmers back home - continue to train hard and you will be the next.”

Across the former British colony of Hong Kong, residents cheered and rejoiced after Haughey’s stellar swim.

Shopping malls opened early to live stream the event, which took place at 9.40 a.m. local time, while some restaurants opened for breakfast to let diners watch before going to work.

Fung, a 70-year-old woman eating dim sum in a shopping mall in the city’s Kwun Tong district, said she was thrilled with Haughey’s silver medal.

“I feel very happy. I want to say continue to work hard, keep up the good work but we are already very satisfied.”

Amateur swimmers celebrated her performance during morning training, brandishing posters of her name while others hit the city’s bar district to watch and cheer with Hong Kong flags.

Haughey’s mother is from Hong Kong and her father is Irish. Her great uncle Charles Haughey was a former Irish prime minister.

She has shown massive improvement since her Olympic debut in Rio where she made the semis of the event and swam a time of 1:57.56.

And beating the likes of American Katie Ledecky and Italian Federica Pellegrini should give her confidence for the 50m and 100m freestyle events. She races in the 100m freestyle heats later on Wednesday.

“I would like to thank my coaches in Hong Kong and the United States, and also my dad and mum, without them I would not be having such an achievement,” she said. 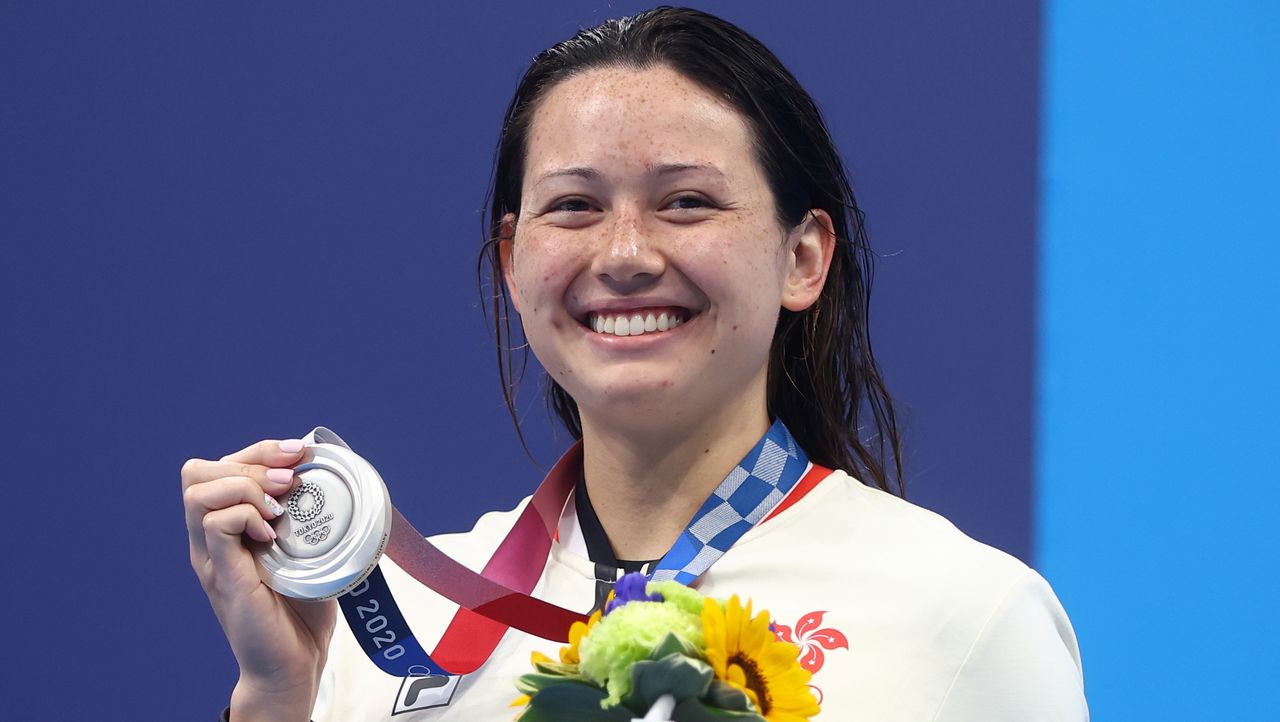 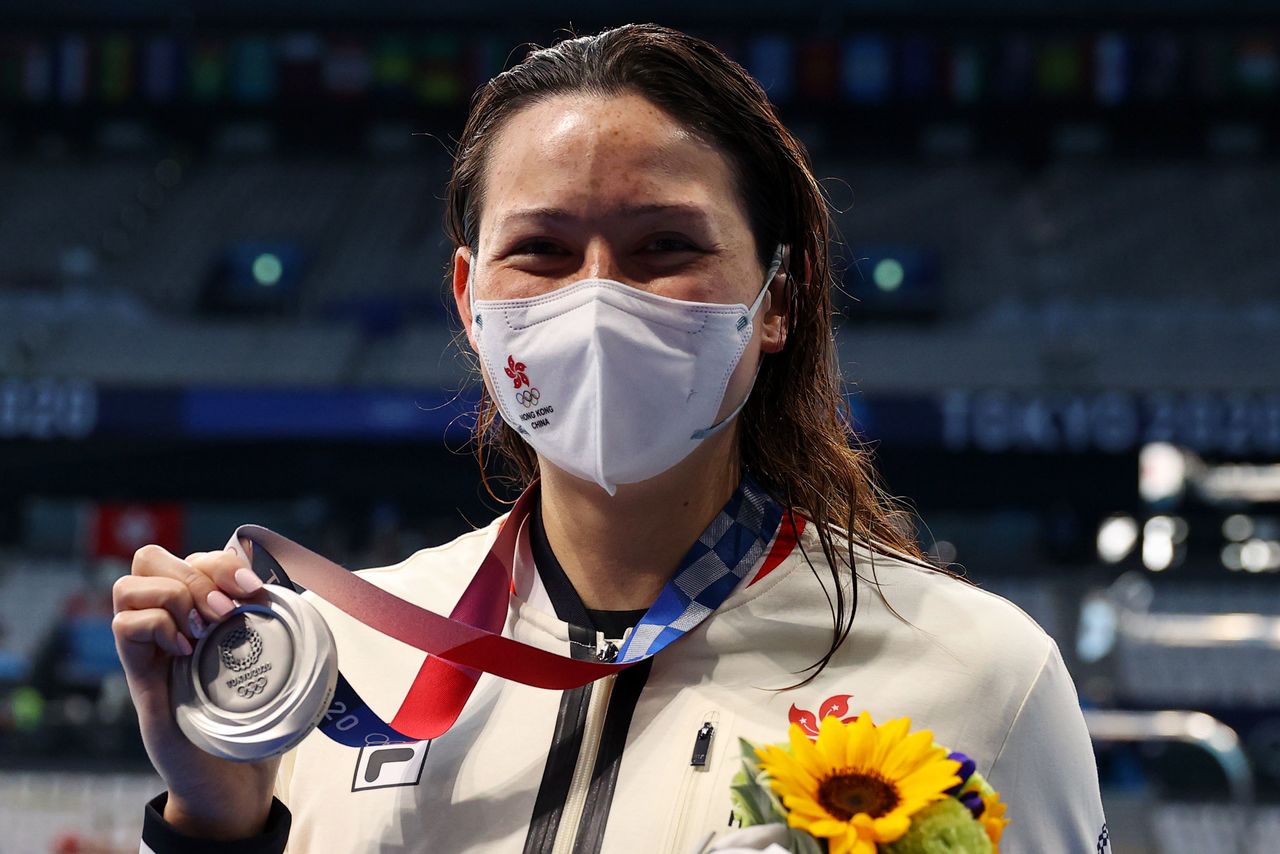