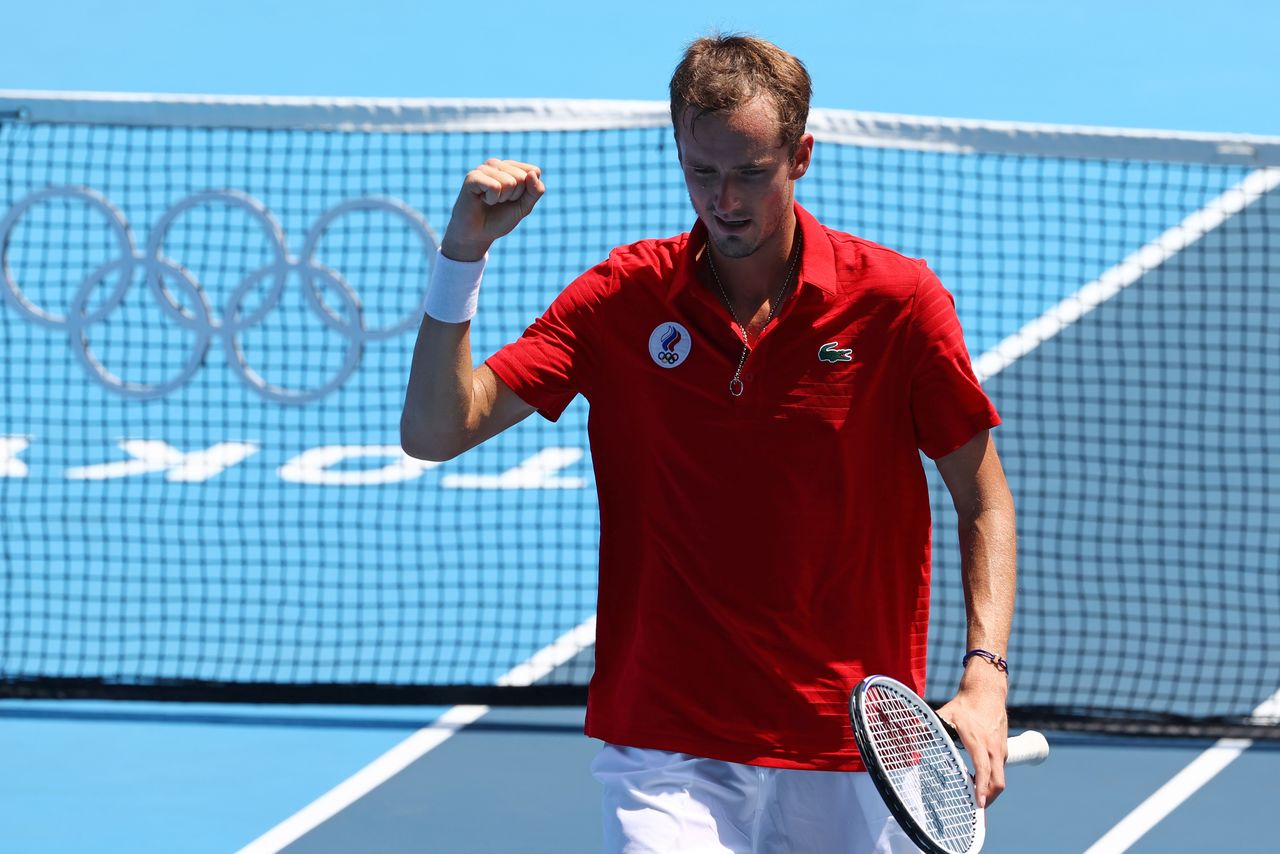 By Sudipto Ganguly and Rozanna Latiff

TOKYO (Reuters) - World number two Daniil Medvedev gave a frank assessment of the stifling conditions for tennis in Tokyo on Wednesday when the visibly upset Russian told the umpire he could finish his match but wanted to know who will take responsibility if he died.

Last week Medvedev was the first to appeal for a delayed start for tennis at the Tokyo Olympics due to the hot and humid weather conditions and also received support from world number one Novak Djokovic.

On Wednesday he opened the proceedings on Ariake Tennis Park’s main show court against Italian Fabio Fognini and was struggling throughout the match.

The 25-year-old took a medical timeout on court and also called the trainer on couple of other occasions.

Chair umpire Carlos Ramos was concerned and asked Medvedev if he was alright while the Russian was serving at 3-4 in the second set after winning the first.

“I’m fine. I can finish the match but I can die. If I die will the ITF (governing body International Tennis Federation) take responsibility?” Medvedev said in reply.

The ITF’s ‘extreme weather policy’ allows a 10-minute break between the second and third set if agreed by both players and Medvedev used that time to get a freezing cold shower.

“Even from the first set I didn’t feel good enough with my breathing. That’s why I called the physio, I felt like my diaphragm was blocked,” he said, adding that he felt it was the most humid day so far in Tokyo.

“And then on the second set, I just had darkness in my eyes, like between every point, I didn’t know what to do to feel better. Like I was bending over and I couldn’t get my breath together so I was ready to just fall down on the court.”

While Medvedev said he was “lucky” he felt better and could continue his match to advance, Spain’s Paula Badosa gave up.

Badosa struggled during her contest against Czech Marketa Vondrousova on Court Four and needed a lengthy medical timeout. But she could not recover sufficiently and left the court in a wheelchair.

The ITF confirmed Badosa had retired due to illness.