Gymnastics-'The Fighting Four’ step up to win for Biles 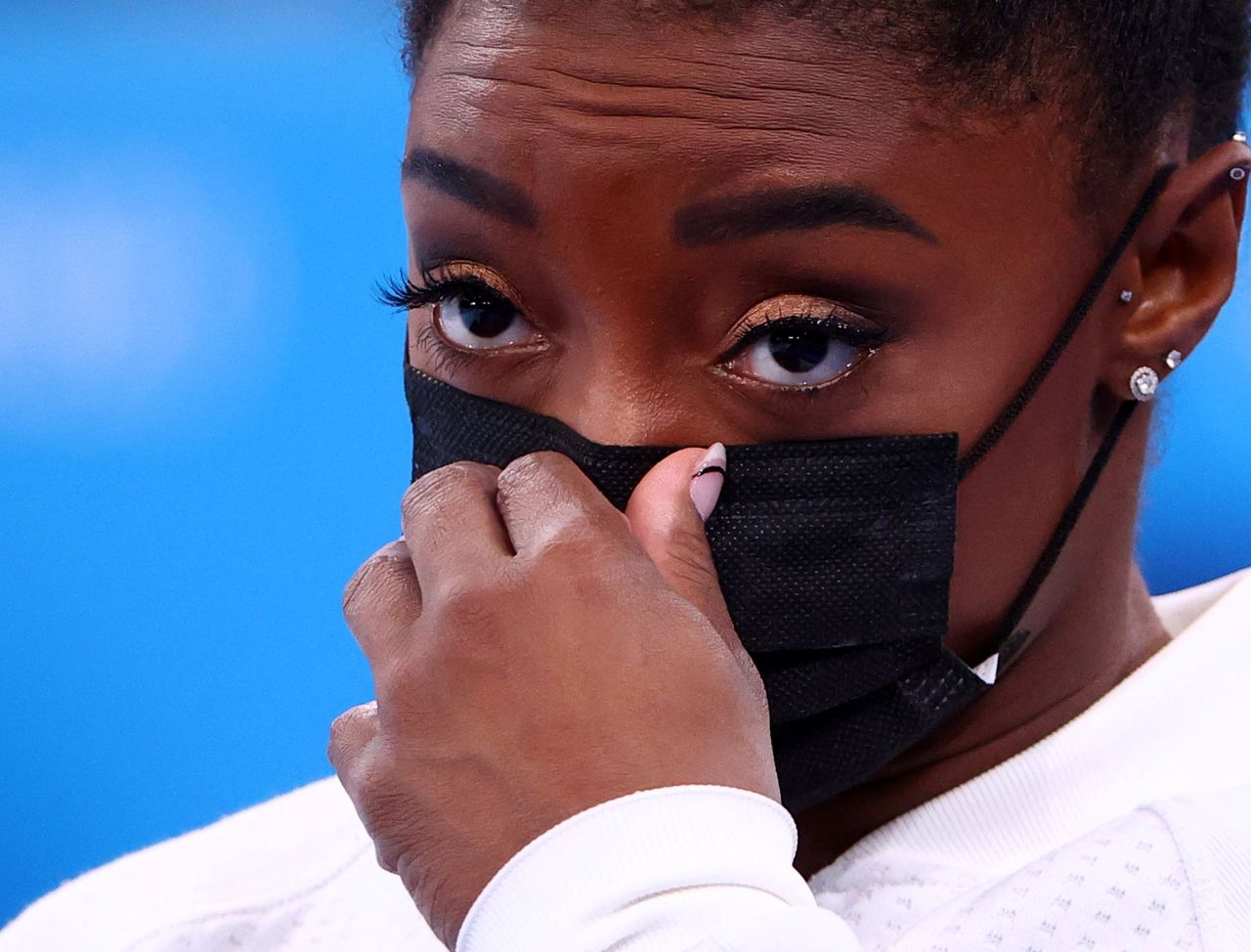 TOKYO (Reuters) -When Simone Biles decided she was dropping out of the team gymnastics competition and told her teammates, for a few seconds they were in shock.

Then the remaining three in the team competition - all Olympic novices - pulled themselves together, got out on the floor and the beam and uneven bars, and won a silver medal for the United States and for Biles, the powerhouse and mentor they all looked up to.

“We were all so stressed. We honestly didn’t know in that moment. She’s freaking Simone Biles,” Sunisa Lee said during a news conference held jointly with Biles and fellow teamates Grace McCallum and Jordan Chiles.

“She carries the team basically. When we kind of had to step up to the plate and do what we had to do, it was very hard and stressful,” said Lee after the meet late on Tuesday, ultimately won by the Russian Olympic Committee.

“But I’m very proud of us because we did that.”

And so they should be, given their road to Tokyo.

It was the first Olympics after revelations of years of sexual abuse by team doctor Larry Nassar. The Games postponed by the coronavirus pandemic also disrupted their training and took a personal toll on their lives, as with so many other athletes around the world.

Lee’s uncle and aunt, who used to make her herbal teas and massage her after training, both died of COVID-19 in 2020.

There was also the stress - shared by many other athletes - of arriving in Tokyo and being stuck in a hotel room or training, without any of the fun of hanging with peers in the Olympic Village to blow off steam.

“There are no outlets with the amount of training that we do,” Biles told media.

“It just sucks when you are fighting with your own head. You want to do it for yourself but you’re just too worried about what everybody else is going to say, think, the internet.”

After an intense discussion on the sidelines of the vault following Biles’s poor performance - she said later she felt lost in the air - she told her team mates about her decision and pulled on her warmup suit.

Then the challenge began, especially for those unexpectedly pulled into the rotations, like Jordan Chiles on uneven bars.

“When I was told that I had to put my grips on, I was just like O-M-G,” Chiles said.

“Those were definitely some big shoes that I had to fill and I’m very happy that I was able to do that ... I was able to show the world that not only can you fill amazing people’s shoes but we also did this together as well.”

Both Lee, on floor, and Chiles hadn’t warmed up formally since they weren’t scheduled to perform those apparatus. Instead, they each had about 30 seconds, under pressure that rose as the meet went on.

“Going up to perform that bar routine was the hardest thing I’ve ever done,” said Lee, one of the later performers.

In post-meet media events, they praised each other, teased each other, and laughed, with Biles - the oldest at 24 - seeming to take an almost maternal pride in their achievements.

“I love in the press conference, I see that all of those young ladies are laughing, are smiling, and they’re feeling great about themselves,” said former Olympic gymnast Dominique Dawes, a gold medal winner in team in Atlanta 1996.

Biles, who has subsequently also withdrawn from the individual all-around competition, praised her team mates and played down any role her own influence might have had on them.

“This medal is all on them, and the coaches, and it has nothing to do with me,” she said.

But the others immediately protested.

“This medal is definitely for her,” Chiles said. “Because if it wasn’t for her, we wouldn’t be here where we are right now.”