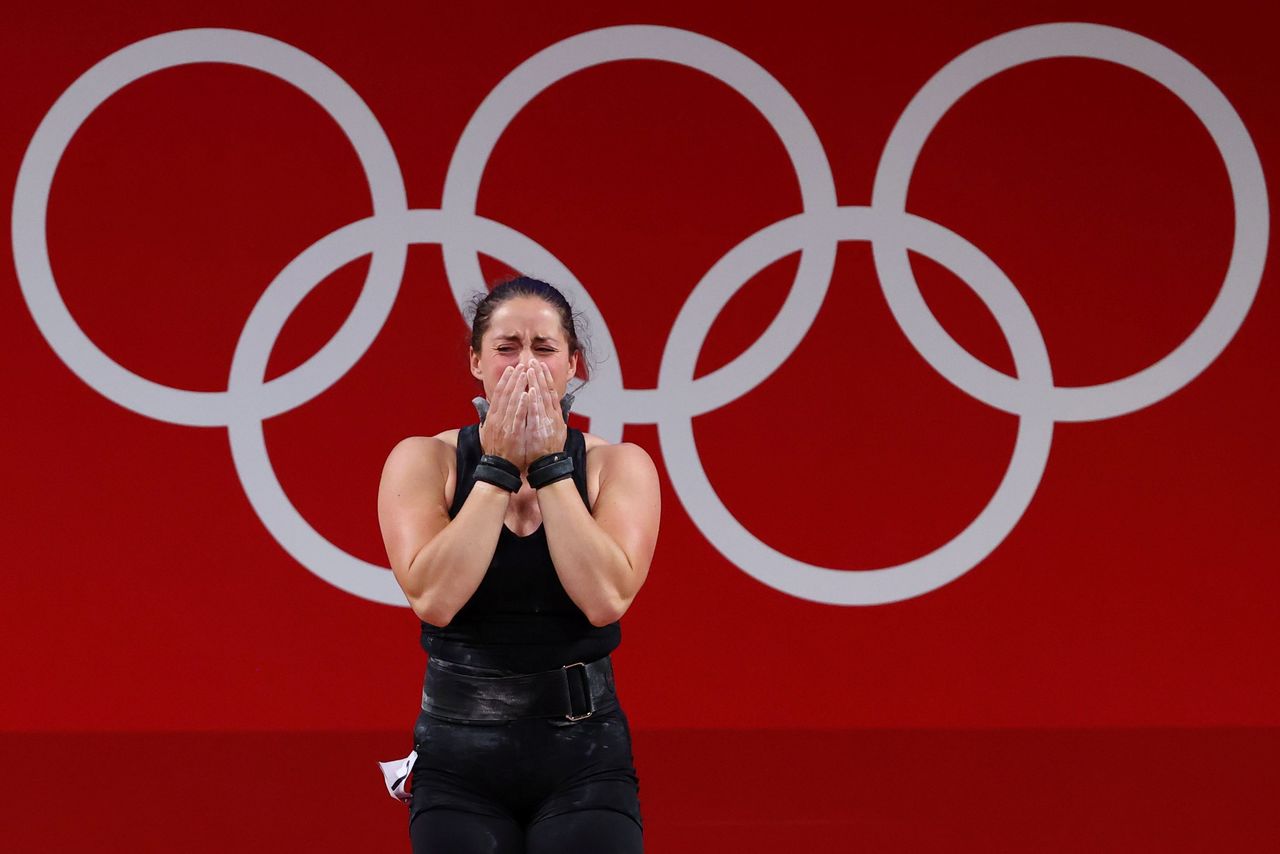 TOKYO (Reuters) - For years Olympic weightlifters were not happy to see drugs testers arriving for sample collections, and were quick to complain about their arrival times, the amount of blood taken or the frequency of testing.

But at the Tokyo 2020 Olympics anti-doping personnel are a sight for sore eyes.

“Yesterday I was happy to see the anti-doping people come over to see me. There were eight of us out of a group of 10 athletes who were tested,” said Canadian women’s 64kg category gold medallist Maude Charron, speaking on Wednesday.

“So that’s what we want. That’s what we need. We need to know that the athletes, the Olympics are clean,” she said.

Charron knows her sport is locked in a battle for its Olympic survival.

Scores of doping cases have been uncovered in the sport in recent years leading to Romania, Thailand and Malaysia being banned from competing in weightlifting in Tokyo.

More countries could follow after the Games, with a report last month saying there were nearly 150 “unresolved” anti-doping cases between 2009 and 2019.

The scandals have led to the departure of Hungarian Tamas Ajan, the longtime president of the federation, who was charged with doping offences in June after a probe by the International Testing Agency (ITA).

He was allegedly involved in financial misconduct and covering up positive drug tests. Ajan denies the claims.

The International Olympic Committee (IOC) has repeatedly warned weightlifting it has to reform or risk missing out on the Paris Olympics and subsequent Olympics.

Such a decision would instantly be disastrous for the sport’s finances and its international structure and exposure, as it depends on picking up a share of revenue from the Olympics every four years.

“We are not going to hide anything. There’s an elephant in the room. The sport of weightlifting is very tainted, unfortunately, by doping,” Charron said.

“We are lucky to be one the right path. We must continue down this path,” Charron said.