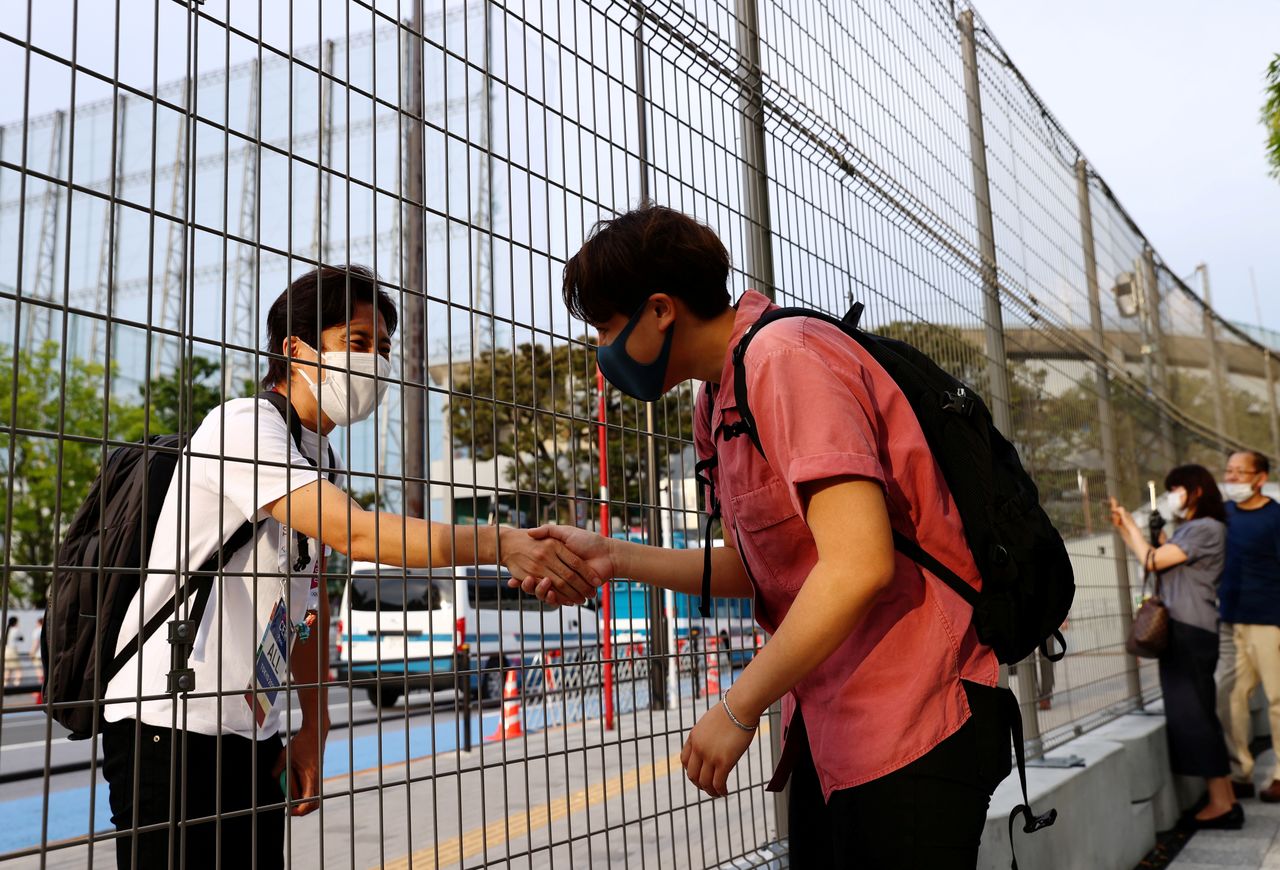 TOKYO (Reuters) - Organisers of the Tokyo Olympics on Wednesday apologised for ordering too much food for their staff during the opening ceremony and letting it go to waste after videos of trucks carting off boxes of uneaten food went viral online.

The organisers, who face public opposition to hold the sporting extravaganza amid the pandemic and have been criticised for a series of scandals https://www.reuters.com/lifestyle/sports/tokyo-2020-plagued-by-embarrassing-scandals-gaffes-2021-07-22, came in for a fresh lashing for wasting food at the national stadium, the venue where the Games’ opening ceremony took place last week.

Thousands of untouched lunch boxes and rice balls have been discarded at the stadium as a decision to hold the Games without spectators slashed the number of volunteers there, Tokyo Broadcasting System Television reported late last week.

The report was particularly embarrassing for organisers as they have long pitched Tokyo 2020 as the sustainable Games and say on their own web page that “Tokyo 2020 aims to minimise the adverse impact of resource waste”. That line was included under the headline “Resource Management: ‘Zero Wasting'”.

Tokyo 2020 spokesman Masa Takaya said on Wednesday it was true that there was a surplus of food during the opening ceremony.

“From this week, measures to optimise (food) orders are being implemented at each of the venues, (and) we regret that large amount of over-ordering has occurred up until now,” he said, clarifying, however, that surplus food was not disposed but recycled into animal feed and other uses.

The broadcaster’s videos of untouched lunch boxes and bread getting chucked into a large bin sparked an instant uproar on social media and beyond.

“This can’t be happening. There are people out there who are so hard pressed in this coronavirus pandemic that they don’t have enough to eat,” one Twitter user wrote.

Junko Hitomi, an official at a non-profit organisation called The People that runs a food bank for people in need, told Reuters, “What a waste. I have no other way to put it.”

The Tokyo Olympics, postponed last year due to COVID-19 outbreaks, are being held without spectators at most venues to prevent the spread of infections.

Some 110,000 volunteers were initially expected for the Games, although 10,000 had quit as of last month, as the worsening pandemic turned public opinion against the Games.

There are now around 80,000 volunteers, Tokyo 2020 said, not including those managed by the Tokyo government.