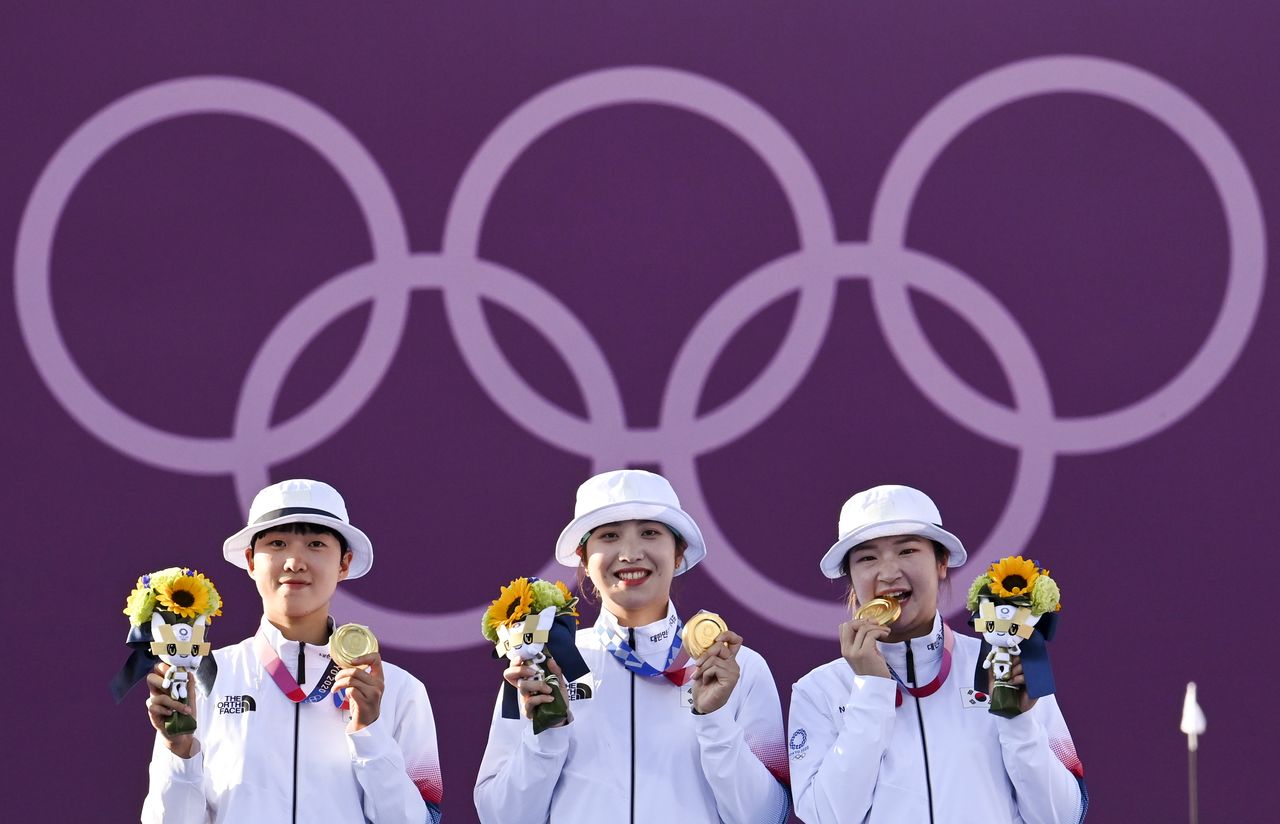 TOKYO (Reuters) -The World Archery Federation’s use of a font associated with racism against Asians in a tweet https://twitter.com/worldarchery/status/1419757415285723148 celebrating South Korea’s Olympic archers on Wednesday has raised eyebrows online.

World Archery shared a video that introduced the South Korean women’s team, who are competing in individual rounds, using the so-called “chop suey” font to write out their names.

The font, which has also been called the “wonton” font, emulates the brush strokes of Chinese calligraphy, was commonly used by restaurants in the past.

In more recent times it has been regarded by some as an expression of racist stereotypes and bias toward Asians. The font has appeared in racist leaflets and posters to exclude Chinese Americans in the United States.

World Archery Federation’s spokesperson said the use of the font in the tweet to promote archers from South Korea, which dominates Olympic archery, was not racist.

South Korea has won three gold medals in all archery teams events at Tokyo and is competing at individual competitions.

Chris Wells said the World Archery Federation, formed in 1931 to develop and promote archery as an Olympic sport, had used the font to match the style of its Tokyo 2020 logo of a Japanese enso, a hand-drawn circle in a single stroke to describe the archery target.

But the font drew criticism online with users blaming the federation for choosing the wrong font.

One reply from a Twitter handle @dj__the__kid said the federation revealed “its sheer racial bias even toward the champions in Olympic Games”.

In 2002, U.S. clothing Abercrombie & Fitch recalled a line of T-shirts after it received an outpouring of complaints about designs portraying Asians using the same font.