Olympics-Athletics-Russia is lucky to have 10 athletes in Tokyo, says Coe 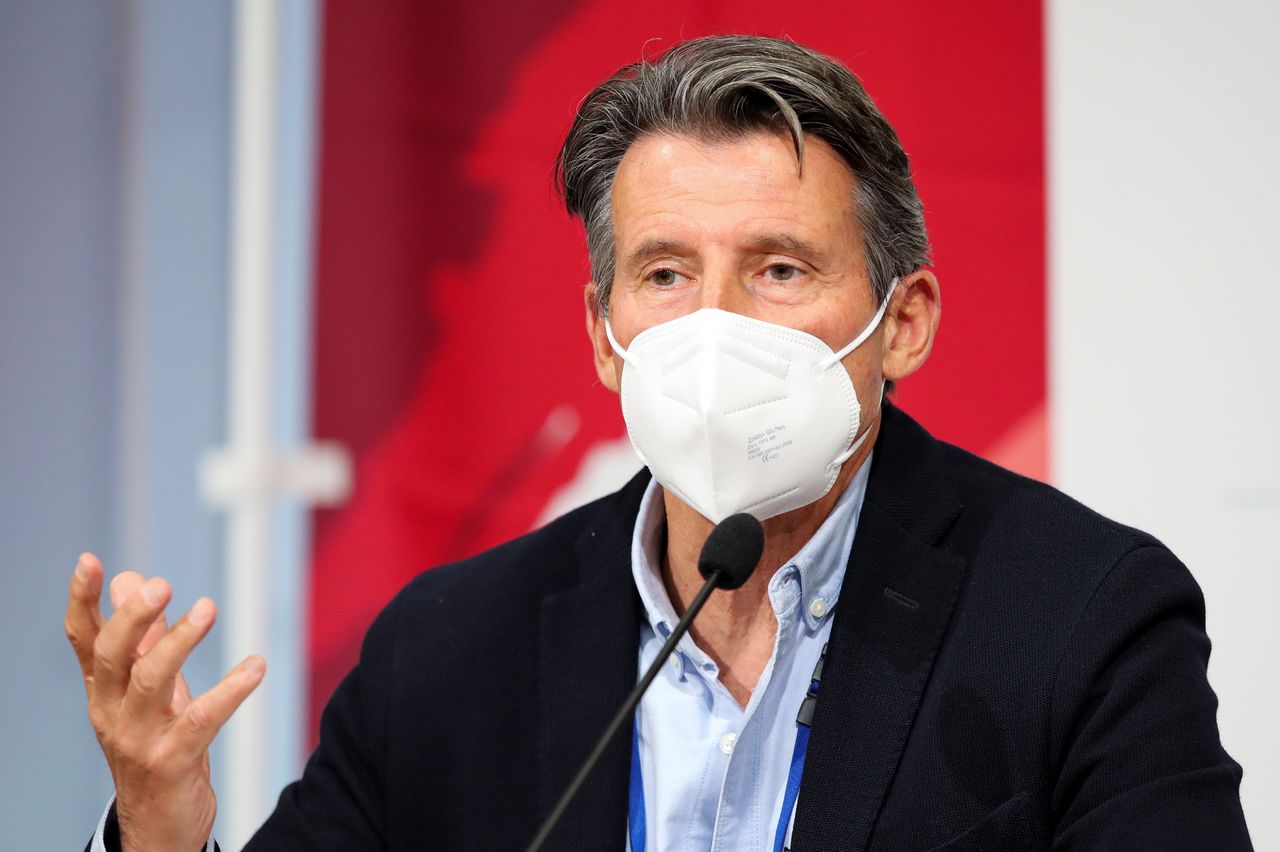 TOKYO (Reuters) -The head of World Athletics said on Wednesday that, rather than lamenting that only 10 Russians will be able to compete in the Tokyo Olympics, the country should be grateful they have anyone here at all given their long history of “obfuscation”.

Ten athletes will compete under the banner of the Russian Olympic Committee (ROC), without their flag or national anthem in case of a victory, in keeping with all sports at the Games.

The maximum of 10 applies to all athletics events this year. It was decided by the sport’s governing Council, following the recommendation of the Task Force overseeing Russia’s return to the sport following the suspension of the country’s athletics federation (RUSAF) after the exposure of a widespread regime of doping and cover-ups.

In the 2016 Rio Olympics, long jumper Darya Klishina was the sole Russian representative, and that was only after the Court of Arbitration for Sport lifted a ban at the last minute.

At a news conference held during a World Athletics Council meeting at the Olympic Stadium, World Athletics president Sebastian Coe pulled no punches when asked by a Russian journalist to justify the number.

“Let me be open with you,” Coe said. “There was much debate in Council. You can understand that we have been dealing with this for six years and in the first few years, more than that, there was little progress or no progress and, frankly, obfuscation to the work of the Task Force.

“So the debate around the table was quite a tough one. There were colleagues of mine who questioned whether any neutral athletes should be there. It was decided by the Task Force that 10 was an appropriate number and the Council endorsed that.”

Coe said the latest Task Force report concluded that there was “light at the end of the tunnel”, though the Federation’s suspension will remain in place.

“There is a much stronger will in the new RUSAF to drive this forward,” he said.

“The external independent experts are the big addition. They are being welcomed into RUSAF to make sure the return road map is being implemented and that they are meeting the timelines that have been set by the Task Force.”

“The Task Force is hopeful that....RUSAF will continue to meet the remaining milestones and to satisfy all of the conditions set for its reinstatement to membership of World Athletics,” the statement said.

RUSAF’s suspension will be discussed at the next Congress in November.