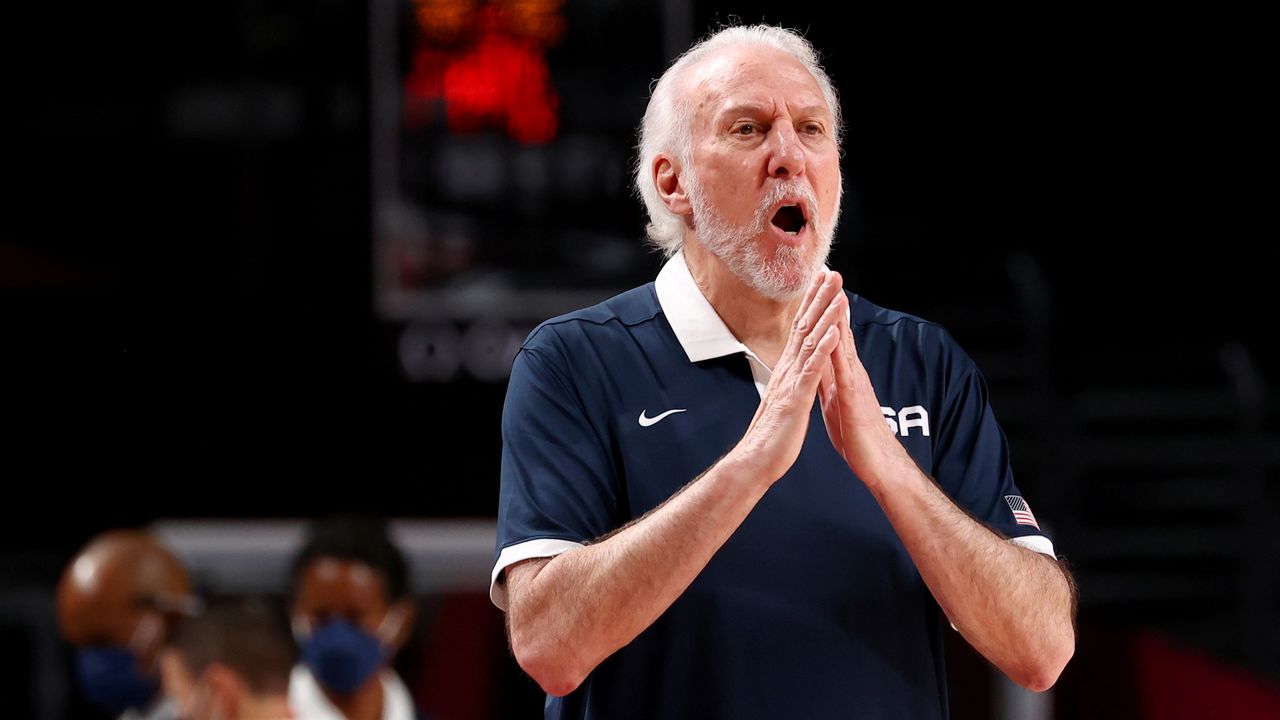 SAITAMA, Japan (Reuters) - The United States men’s basketball coach Gregg Popovich lauded the sportsmanship showed by his players and their opponents Iran during their Olympic match on Wednesday, saying it showed the potential of sport to transcend differences.

The two sides both applauded after their countries national anthems were played at the Saitama Super Arena and fist bumped each other before the game and shook hands after.

After the game, which the U.S. won 120-66, Popovich said that his team played well against a “very hard-working Iranian team.”

Asked about the significance of the two countries that have had a contentious history facing each other at the Games, Popovich said that people were able to put aside differences of national policy.

“In general people in different countries get along a whole lot better than their governments do,” he told reporters. “Once you get to the politicians, suddenly it becomes much more complicated.”

Wednesday’s game recalled a football match between the two nations at the 1998 World Cup, when the Iranians gave their American rivals flowers as a sign of respect. The two teams also took a joint photograph prior to kick off as a show of solidarity.

That match-up ended with a 2-1 win for Iran.

“The Olympics... transcends all that,” Popovich said on Wednesday. “There is no surprise that coaches would enjoy meeting each other, talking with each other and players show sportsmanship, they did. You just wish that was real life.”