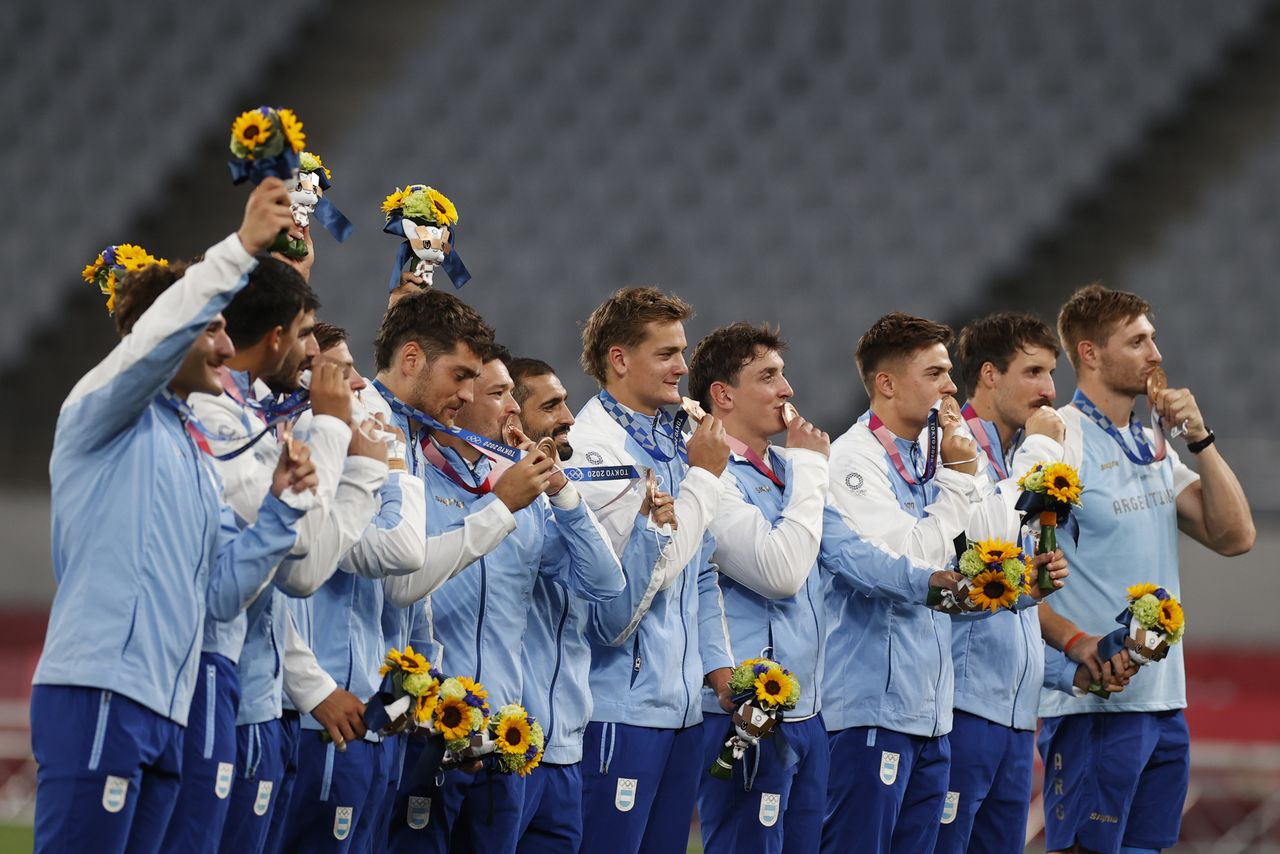 TOKYO (Reuters) - Argentina had to do it the hard way, but Wednesday’s Olympic Rugby Sevens bronze medal showcased their passion and skill, and made up for the disappointment of missing out in Rio in 2016, said their dazzling wing Marcos Moneta.

The South Americans defeated Britain 17-12 in the third-place play-off to cap an excellent campaign in which they had to face all the leading sides.

“This is a dream come true. It was what we were looking for, to get on the podium,” Moneta told reporters.

“...I can’t describe it. The team are crazy. We are really happy to get the bronze medal. We are a passionate country and we know that every time we put on this shirt we are representing our family, our clubs and our friends.”

The defining moment in their campaign was the quarter-final against fancied South Africa, when an early red card saw them play most of the game with six players, and then finish the contest with five after a yellow.

But two tries from Moneta helped secure a gutsy 19-14 win.

“We played against all the best teams. We had in our group Australia and New Zealand, and we passed to the quarter-finals,” added the wing, who finished as the competition’s leading try-scorer with six.

“Then we met South Africa and Fiji (a 26-14 semi-final loss), so all the big teams. The (bronze medal) match against Britain ...that was pretty good revenge.”

In Rio, Argentina had looked strong medal contenders before losing to Britain in the quarter-finals.

“I didn’t play in Rio, but there are four or five players (here) that did and it was a really good team,” said Moneta.