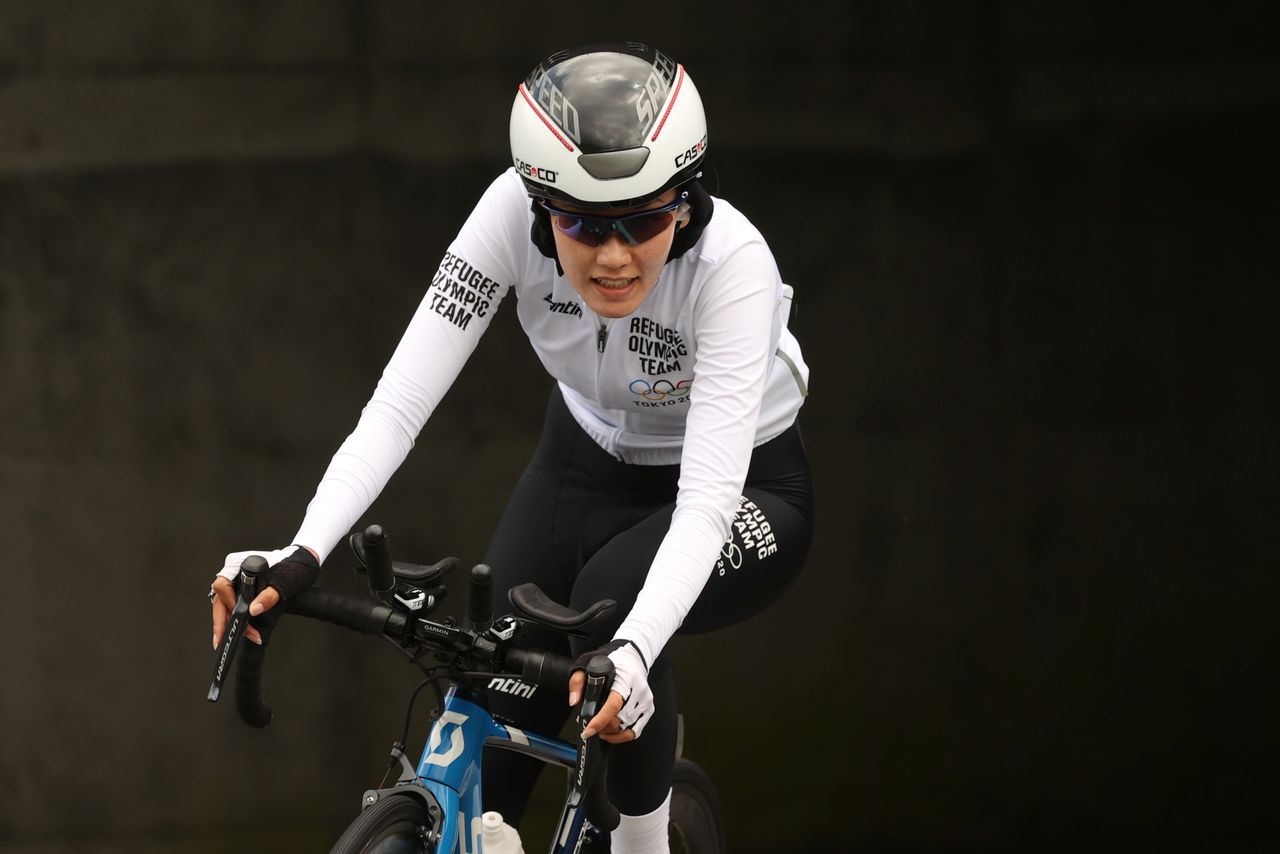 OYAMA TOWN, Japan (Reuters) - As a teenager training in Kabul, Refugee Olympic Team cyclist Masomah Ali Zada would sometimes get hit or pelted by stones by men shocked to see her unaccompanied on the streets.

On Wednesday, her headscarf tucked behind her helmet, she held court among members of the world’s media, sharing her thoughts about her first time trial and her chequered journey to the Tokyo 2020 starting line.

“It was so, so good. I’ve been working for it. I’ve tried to use all the sacrifices and I’m happy that I could do that,” she said, her face wreathed in smiles at the Fuji Speedway after finishing the 22km race 13 minutes behind Dutch winner Annemiek van Vleuten.

Ali Zada felt equally proud to “send a message of hope and peace for 82 million people who are forced to leave their countries for different reasons.”

“And I’m also here to represent the rights of women,” she added.

As part of that fight for gender equality, she chooses to compete in a headscarf.

“It’s my choice,” she said. “It’s important for people to respect women’s choices. They (female athletes) can wear whatever they are comfortable with.”

Born in Afghanistan, Ali Zada spent part of her childhood in Iran, where she got used to watching Japanese movies that showed woman fighting against men.

“In my country and in my culture, people always say women are failed, I couldn’t understand which one is the reality,” she told Reuters in an interview on Tuesday.

Returning home as a 10-year-old, she tried to emulate those movie heroines through several sports before settling on cycling - the one she had most talent for and the one her father encouraged her in.

“When all the people didn’t agree with me, he was the only one who was on my side. Even when I wanted to stop, he told me if I’ve found something I have to continue,” she said.

In 2016, she went to France for a race and, after featuring in a documentary there and given the difficulties of pursuing cycling in Afghanistan, applied for asylum along with her family.

The application was accepted the following year and she now studies civil engineering in Lille.

Her dream of riding in the Olympics - for which she prepared on a Olympic Games scholarship and with two months of training in Switzerland funded by world cycling’s governing body UCI - has been fulfilled.

But a bigger one remains: returning to the country of her birth to put her engineering skills to use.

“I never hate or dislike my country. There are lot of problems and also discriminations but I love Afghanistan. I hope one day, when there is a peace I will see a lot of girls cycling without any problems,” Ali Zada said.

“I want to build bridges in Afghanistan to help people there.”