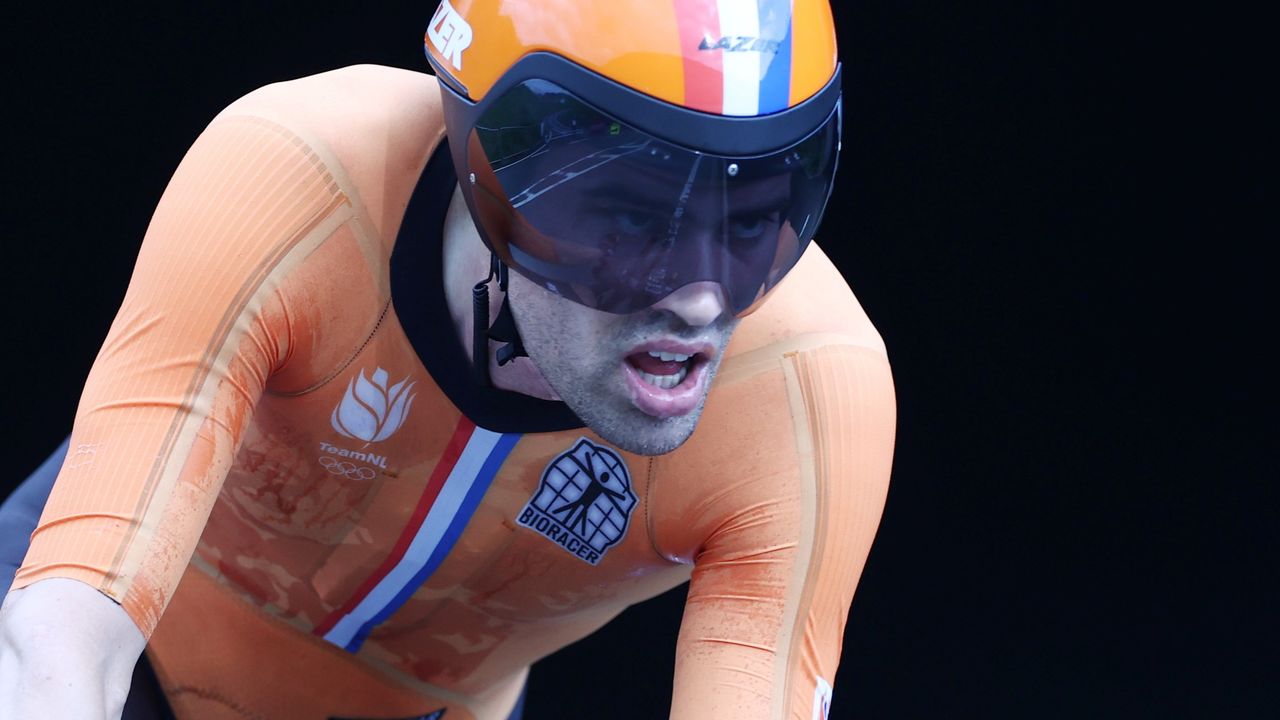 Professional cycling can be a brutal business and Dumoulin said in January he was stepping away to focus on his mental wellbeing, having admitted to being a “little lost”.

After six months off the bike he returned reinvigorated in June with a target to win a medal in Tokyo and he produced a superb ride in the 44km time trial at Fuji Speedway to match his result from Rio five years ago.

Wiggins said Dumoulin, 30, had been courageous to admit he needed time away from a sport that is all-consuming.

“I’d like to think cycling has changed a bit this year with what Tom (Dumoulin) has done,” Britain’s Wiggins, who won the 2012 Tour and the London Olympics time trial weeks later, told Eurosport, for whom he is working as an analyst at the Games.

“It’s testament to Tom as it’s come from his courage to say I want a break. It’s a brave thing to do because there’s no guarantee of coming back. But he’s walked the walk.”

The mental health of athletes has been under the spotlight after tennis player Naomi Osaka’s well-chronicled struggles and American gymnast Simone Biles’ withdrawal from events in Tokyo.

Dumoulin, who won the Giro d’Italia and the world time trial title in 2017, said in January that he was struggling to cope with the demands of the sport.

“With the pressure that comes with it, the expectations of different parties. I really want to do very well for a lot of people, but that has made me forget myself a little in the past year,” Dumoulin said.

He was emotional on Wednesday after finishing second behind his Jumbo-Visma team mate Primoz Roglic.

“Maybe not also physically but definitely mentally I know what I want and I know how I wanted it,” Dumoulin told Reuters as he clutched his silver medal at the Fuji Speedway.

“I took a lot of lessons from the last couple of months. It’s been very enjoyable as well. I had a really nice time. And I’m very happy that it paid off today with a silver medal which is just great for me this is the best I could do today.”

Wiggins praised the Dutch pro outfit Jumbo-Visma for allowing Dumoulin the space to rediscover his self.

“It’s a testament to his team as well, it might set to pathway for some sort of welfare within the sport,” he said.

“That people can go away to have a breather without the pressure of contracts -- which is difficult this day and age.”

Wiggins also spoke of his own struggles.

“But it doesn’t correlate to normal life. I think a lot of elite athletes are insecure – I was very insecure off the bike.”