TOKYO (Reuters) - A last-minute change in an Olympic beach volleyball pairing might throw some teams off, but Americans Jacob Gibb and Tri Bourne have gelled well as evidenced by a victory in their second pool match on Wednesday that propelled them into the knockout stages.

Gibb, a four-time Olympian in the hunt for his first Games medal, said his partnership with Bourne was slowly improving.

“I would give us a B-. I think we’re both playing good volleyball and hopefully we start gelling a little bit more,” he said.

While the 45-year-old Gibb has vast experience at this level, Bourne is still coming to grips with the late call-up.

“I don’t think the nerves really go away when it’s the Olympics. You’ve got more and more on the line, but just staying present and taking it moment by moment is the key for me at least,” Bourne said.

Crabb joked that the Gibb and Bourne have yet to work out their on-court celebrations. Bourne laughed it off, saying: “I’ve learned to just leave the hand out and just let him (Gibb) slap it.”

Qatar’s world No. 1 duo of Cherif Younousse and Ahmed Tijan have also yet to drop a set. The Pool C leaders beat Italy 24-22 21-13 despite an apparent knee injury to Younousse in the first set.

“I twisted it,” Younousse said, adding that he might have an MRI scan done on the knee, “to see what’s going on. Now I’m warm, but let’s see tomorrow morning.”

The Swiss women’s pair of Tanja Huberli and Nina Betschart gave their fans reason to cheer with a come-from-behind win over Japan’s Miki Ishii and Megumi Murakami 14-21 21-19 15-12 to top Pool F with three wins.

“We still have one more job in our pool. The group stages haven’t finished, so we’re really focused on that,” Del Solar said.

(Reporting by Rohith Nair in Bengaluru; Editing by Bill Berkrot) 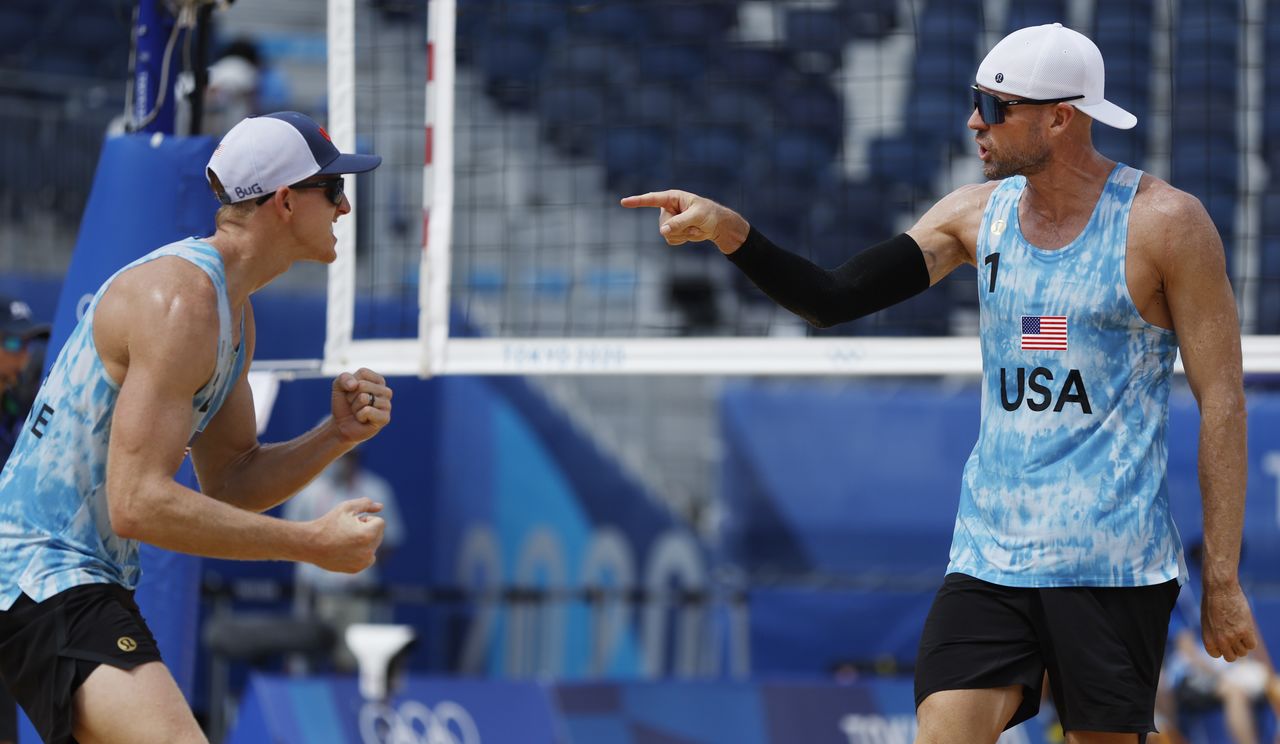 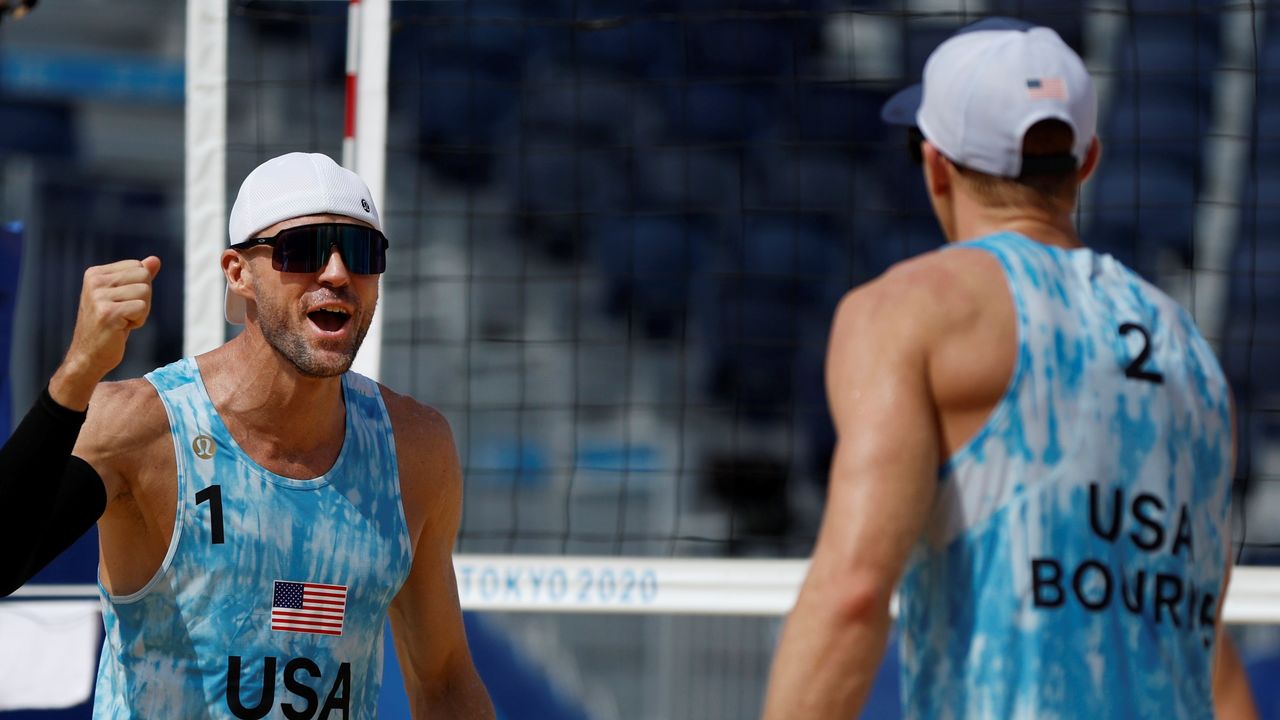