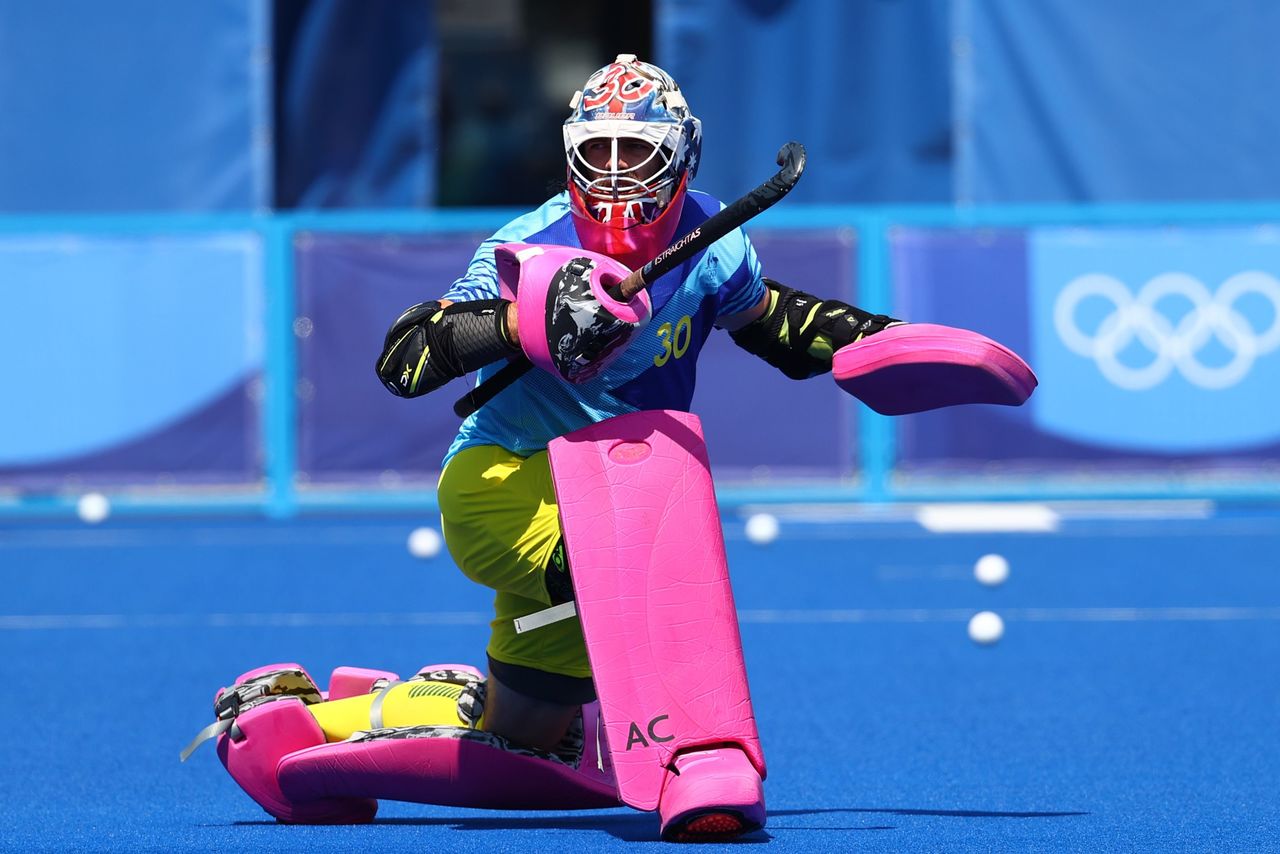 TOKYO (Reuters) - Athletes performing across a range of sports at Tokyo 2020 have struggled to cope with the searing Japanese summer - but few can be feeling the heat as much as hockey’s masked and gloved goalkeepers.

“It’s 34 degrees (Celsius), 80% humidity and then you throw all this gear on. That’s sitting at probably 44, 45 under it. It’s tough. But every goalkeeper got their own strategy out there,” he said.

For Charter, that means keeping a wet towel and ice water near his goal. He mainly drinks the water when the game pauses for a penalty corner.

“I’m probably drinking five litres of water in a game and it’s still not replacing it. It’s pretty big.”

Other keepers strap water carriers on themselves through which they drink water through a tube.

Tennis players have also struggled, and matches will start https://www.reuters.com/lifestyle/sports/tennis-medvedev-fumes-players-wilt-tokyo-heat-2021-07-28 later in the day from Thursday to bypass the hottest Tokyo hours after requests from competitors.

Meanwhile, when pitchside temperature at the hockey hits 35 degrees Celsius (95 Fahrenheit), teams get additional relief under International Hockey Federation (FIH) rules in the form of a doubling of quarterly breaks to four minutes.

That happened between the third and fourth quarters in Wednesday morning’s match between the women’s teams of the Netherlands and South Africa.

South Africa faced an additional problem, having had to reacclimatise completely after jetting in from the southern hemisphere winter.

“You have to bear in mind how hot it is,” said New Zealand striker Olivia Merry on Sunday following the Black Sticks’ win over Argentina.

“Those four-minute breaks are ... a really good chance to cool down for half of it.”

Charter, meanwhile, said the Kookaburras preferred to keep playing rather than having extended breaks.

“We like to think we can physically run over some people.”