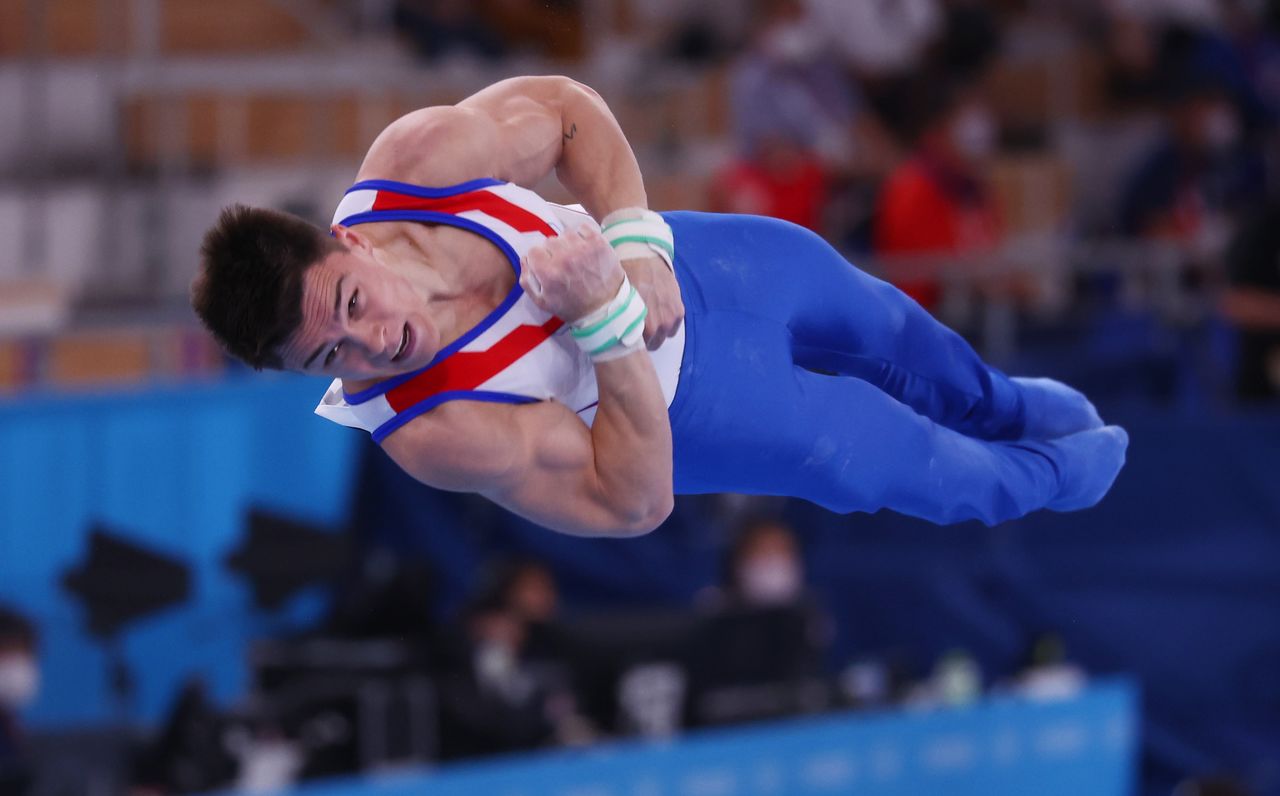 TOKYO (Reuters) - Artur Dalaloyan concluded his Olympic run on Wednesday with a sixth-place finish in the men’s all-around at the Tokyo Games, but the Russian gymnast’s miraculous recovery from a severed Achilles heel was the best result he could have achieved.

The 25-year-old had his Achilles surgically repaired in April after tearing it in the run-up to the European championships. He recovered partially and was named to the Russian Olympic team, but it was unclear whether he would be fit to compete on all apparatus.

Dalaloyan defied all odds to help the Russian Olympic Committee (ROC) to its first gold in 25 years in the team event, earning accolades for excelling despite having recently undergone major surgery. His teammate Nikita Nagornyy, who won bronze in the all-around, hailed Dalaloyan as a hero.

“I can’t say there was anything heroic about this,” Dalaloyan said. “It probably comes from the support from my family, the team, and from my strong motivation and hard work. Everyone believed that I would make the team and help it. I didn’t let them down.”

Dalaloyan, who did not qualify for any apparatus finals, said he was pleased his performance on Wednesday had been free of major errors as fatigue built up after qualifications and the team event.

“Finishing sixth is not a bad result,” he said. “I can’t say that I’m disappointed with my performance.”

The 2018 all-around champion said his Achilles remained tender but did not cause him any significant pain.

“I still can’t jump with full force,” he said. “I still see a difference in the muscle mass in my two legs.”