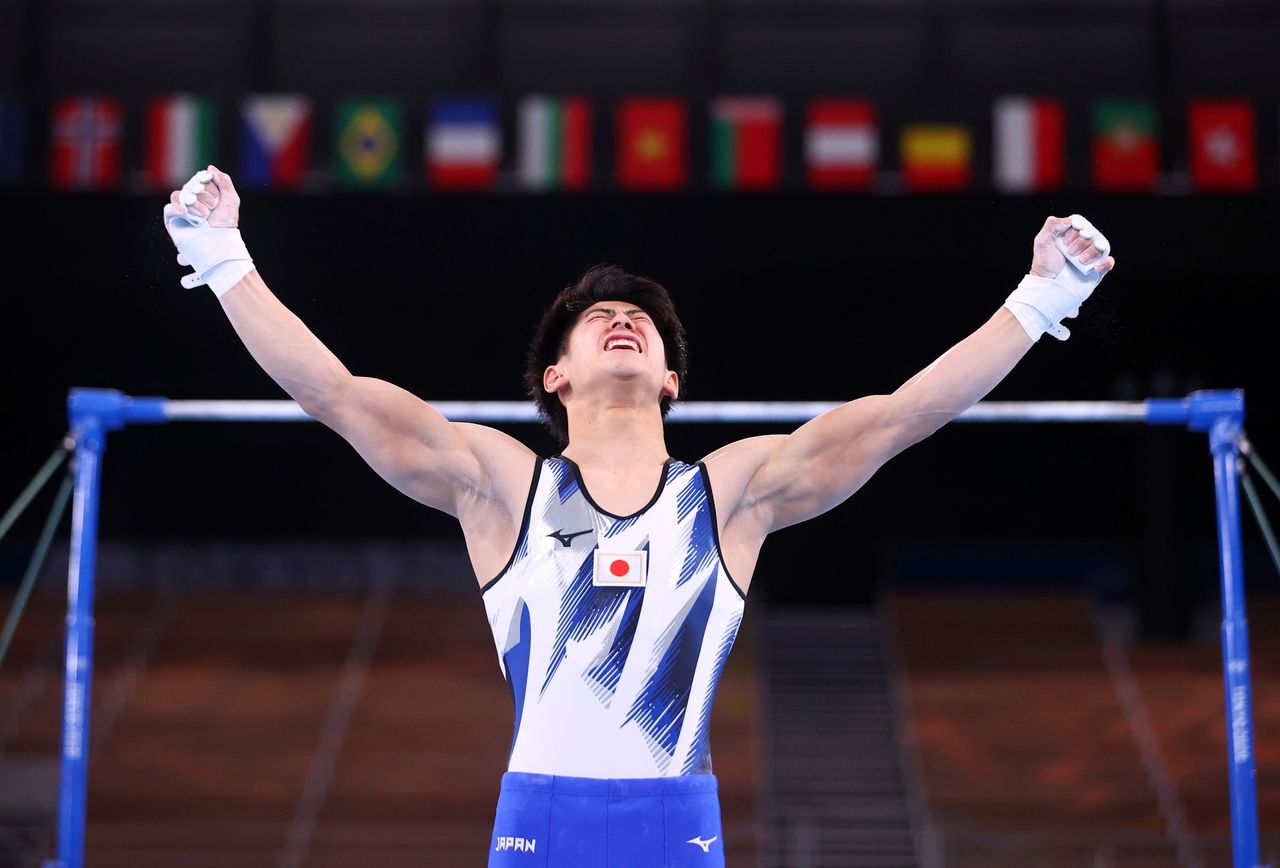 Hashimoto punched the air and grinned after finishing a spectacular horizontal bar routine, giving his nation a third consecutive gymnastics all-around gold - a continuity they haven’t achieved for nearly half a century.

“This is the happiest moment for me,” Hashimoto told reporters after the event. “I cannot express my feelings in words.”

The soft-spoken 19-year-old, who Tokyo 2020 organisers said is the youngest all-around Olympic gymnastics champion ever, took up the sport at 6 years old, following two older brothers.

His first training club was a disused school where the gym was so small they could only get enough distance to do the vault by running through the entryway, Japanese media said. All the equipment was old and handed down from gymnastics clubs at other schools.

Nicknamed “Mr Infinite Stamina” by his coach due to his ferocious appetite for training, he believes that effort trumps talent. At the 2019 World Championships he was part of the Japanese team that took a bronze Hashimoto frequently said he was unhappy about.

Japan’s men’s team - all Olympic newcomers - got a shock when Uchimura, competing on only one apparatus, fell from the bar to end his storied Olympic career.

But Hashimoto managed to retain the all-around crown for Japan, the first time the country has won it in three successive Olympics since Munich 1972.

Hashimoto took an early lead but the score teetered back and forth. Only at the end, with his horizontal bar routine - as the final performer of the meet - did he clinch it.

Asked if this wasn’t stressful, he said he didn’t feel pressure that inhibited him from performing, but tension - which he uses as energy.

“In the end, I’m always trying to beat myself. I took the tension and tried to enjoy my last performance in this event,” he said.

Asked if he felt he was a worthy heir to Uchimura, believed to be one of the greatest male gymnasts in recent history, he shrugged.

“His heir? Well, we need to take what Uchimura left us, better it, and take Japanese gymnastics even further. But I am quite happy I was able to succeed him as Olympic champion.”