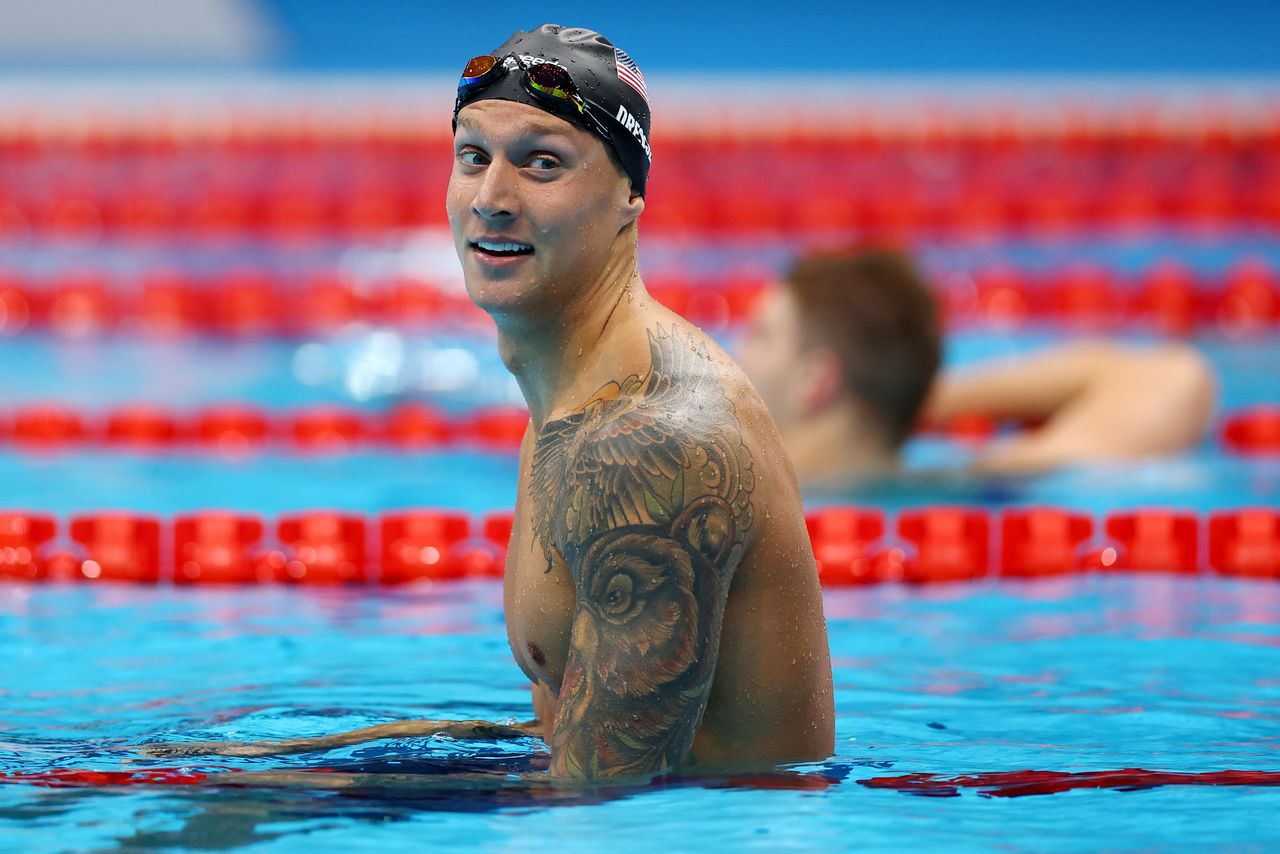 TOKYO (Reuters) -Newly crowned Olympic champion Caeleb Dressel describes himself as a loner and a “bit of a weirdo” as he blocks out distractions in his quest for a gold-medal haul in Tokyo.

The American set an Olympic record of 47.02 seconds on Thursday to win by a fingertip in the men’s 100 metres freestyle, denying Rio champion Australian Kyle Chalmers a second successive title in a thrilling contest in swimming’s marquee event.

It was Dressel’s first individual Olympic gold and his second in Japan after Monday’s U.S. 4x100m freestyle relay win, with 50 freestyle, 100 butterfly and relay golds still within his grasp.

“I don’t really talk to many people at these meets, I’m kind of a loner, a little bit of a weirdo,” said Dressel, 24.

He is also shunning social media and keeping contact with family back home to a minimum.

“You have to manage your emotions,” he said, moments after a tearful medal ceremony.

“I cry a lot. And so I can’t be calling them (family) every night, you know, exerting that energy, but it’s got to be put into my swimming.

“I’m not on Instagram, I know I’m not posting anything... it’s energy that I don’t need to be exerting,” he said. “That’s just how I work and operate so I’m not bashing anyone. That’s just my routine.”

Dressel set the pace on Thursday down the first 50 metres, with Chalmers and Russian Kliment Kolesnikov close behind, then fended off a late charge from the Australian to cling on for gold.

Chalmers turned third at the halfway mark and was pulling back stroke for stroke but left his fightback too late, finishing just 0.06 behind, equalling his lifetime best, with Kolesnikov third.

Chalmers said he was used to chasing Dressel into the finish and was delighted with his form.

“It’s very special,” he said. “Lots of people are actually struggling to do that, so to stand up and do that, I’m really proud.”

The Olympic gold was Dressel’s fourth overall, including his two relay wins in Rio in 2016, and came amid expectations on him to double that at this Games.

“I’m pretty good at putting a face on,” he said.

“I know my name is out there and I understand that but I couldn’t care less about it. But it’s just something that comes with the sport, when you’re on top of the podium.

“I’m fine with it and it’s up to me whether or not I turn it into stress.”