HONG KONG (Reuters) - With crucial goals in each of Japan’s three group games, Takefusa Kubo is delivering on his potential, as the Olympic Games hosts step up their chase for a place on the podium for the first time in over half a century.

Just as he had done in group phase wins over South Africa and Mexico, the 20-year-old opened the scoring for Japan in Wednesday’s 4-0 victory over France to set up a quarter-final meeting with New Zealand on Saturday.

For a player whose precocious talent has been discussed and debated since he moved to Barcelona’s famed La Masia academy as a 10-year-old, the Tokyo Olympics is proving to be a coming-of-age moment for the Real Madrid playmaker.

But before Japan embarked upon their quest for a first Olympic medal since winning bronze in 1968, Kubo’s talents had yet to be put on regular display despite all his promise.

He left Barcelona’s academy to return to Japan, becoming the youngest player in the J-League’s history when he turned out for FC Tokyo at 15 years and five months.

After a short spell on loan at Yokohama F Marinos, Kubo returned to Spain, but not to Barcelona as had been expected as Real Madrid swooped to take him to the capital.

Life on Real’s books, though, has not been smooth. Kubo has been loaned out three times in the last two seasons, to Real Mallorca, Villarreal and Getafe with varying degrees of success.

Despite those issues, he has become a mainstay of Japan’s Olympic team while also making his senior team debut and his performances in the group phase have highlighted his qualities, both individually and as part of the collective.

“I don’t think much of it. I just happened to be in the right place at the right time,” Kubo said after scoring against the French.

“Whether it’s me or anyone else on the team, I’m happy when we score. It’s good I’ve been able to help the team, but I’m only a spoke on the wheel, a cog in a ladder of the team.” 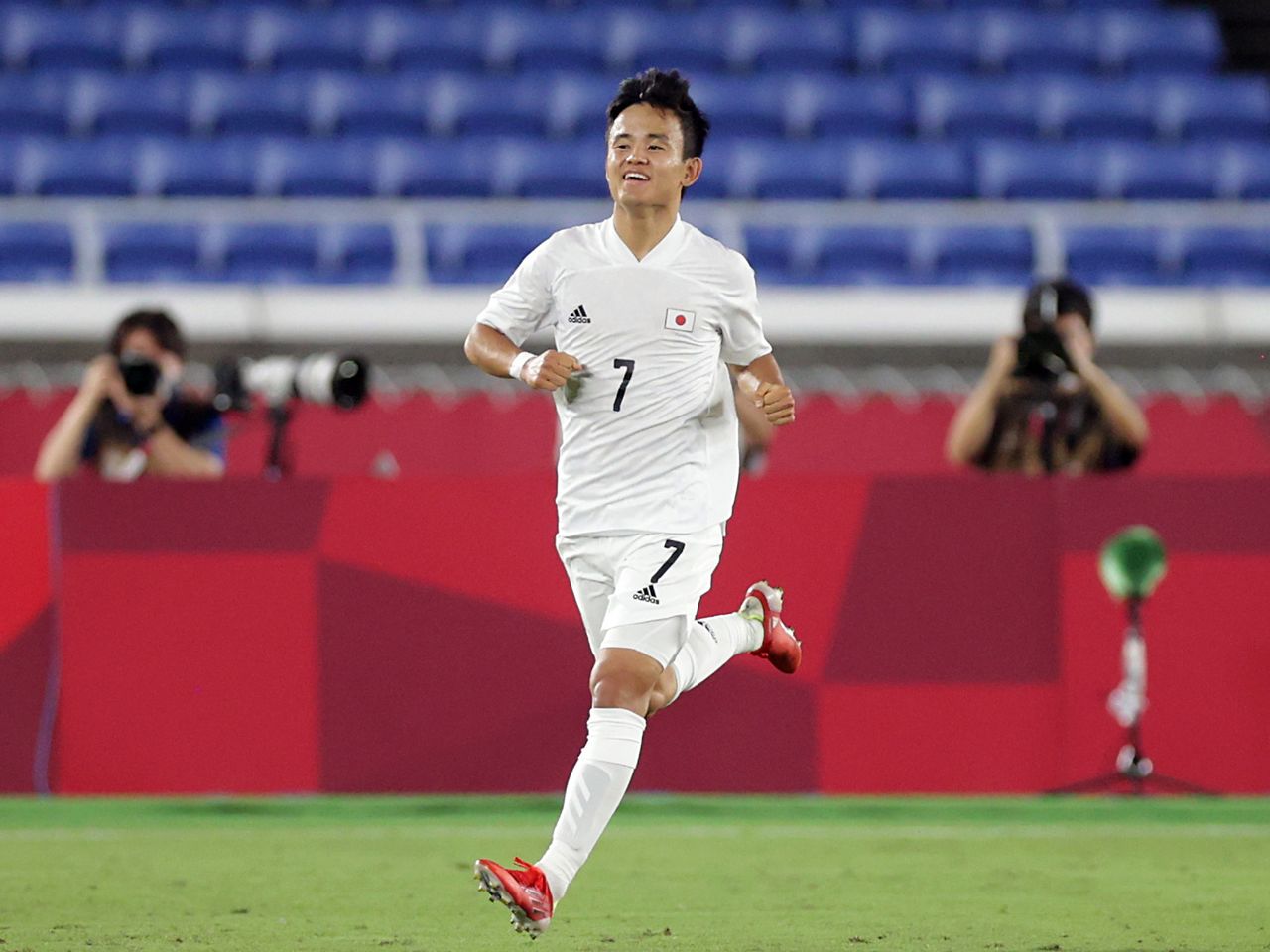 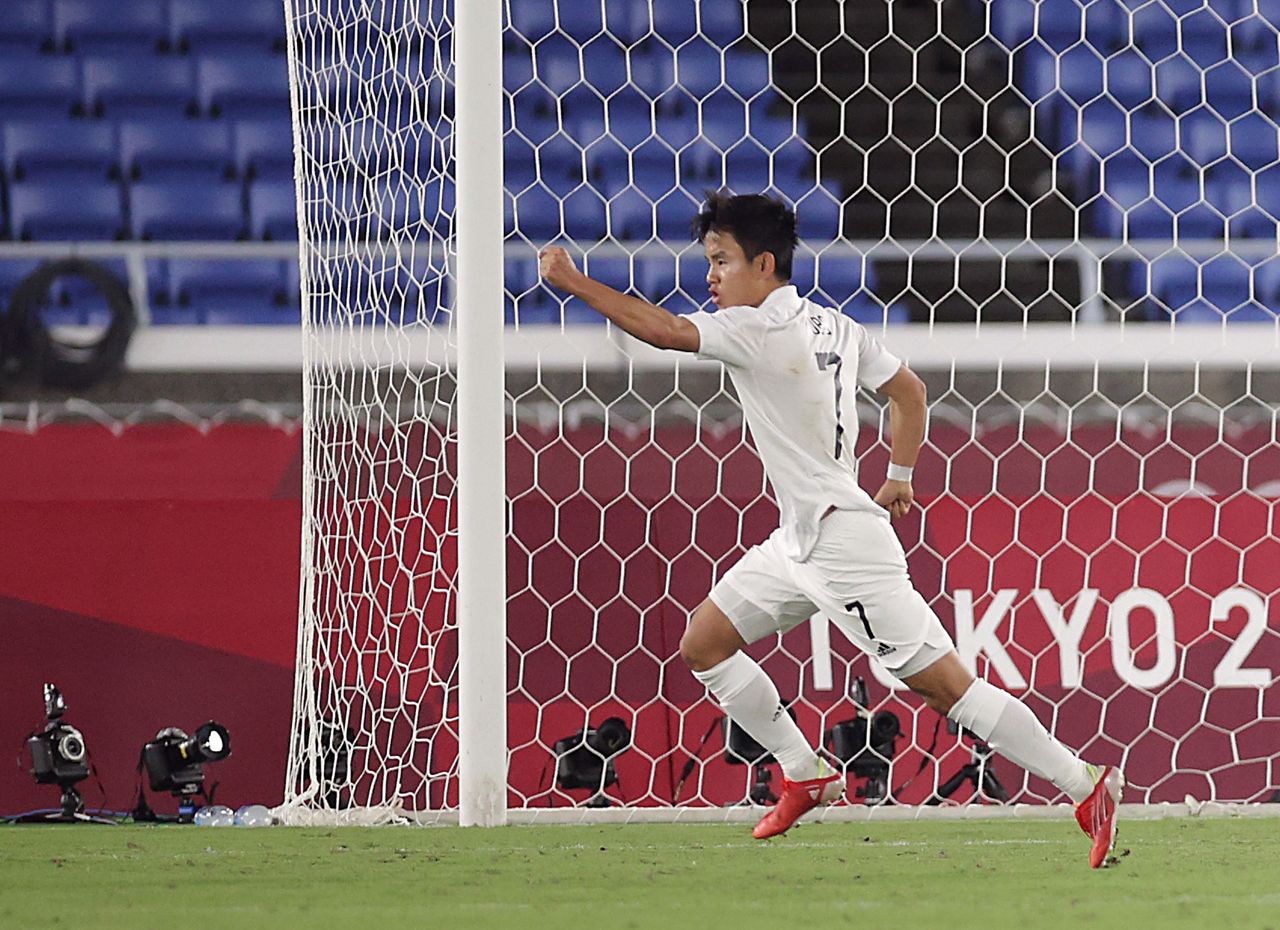