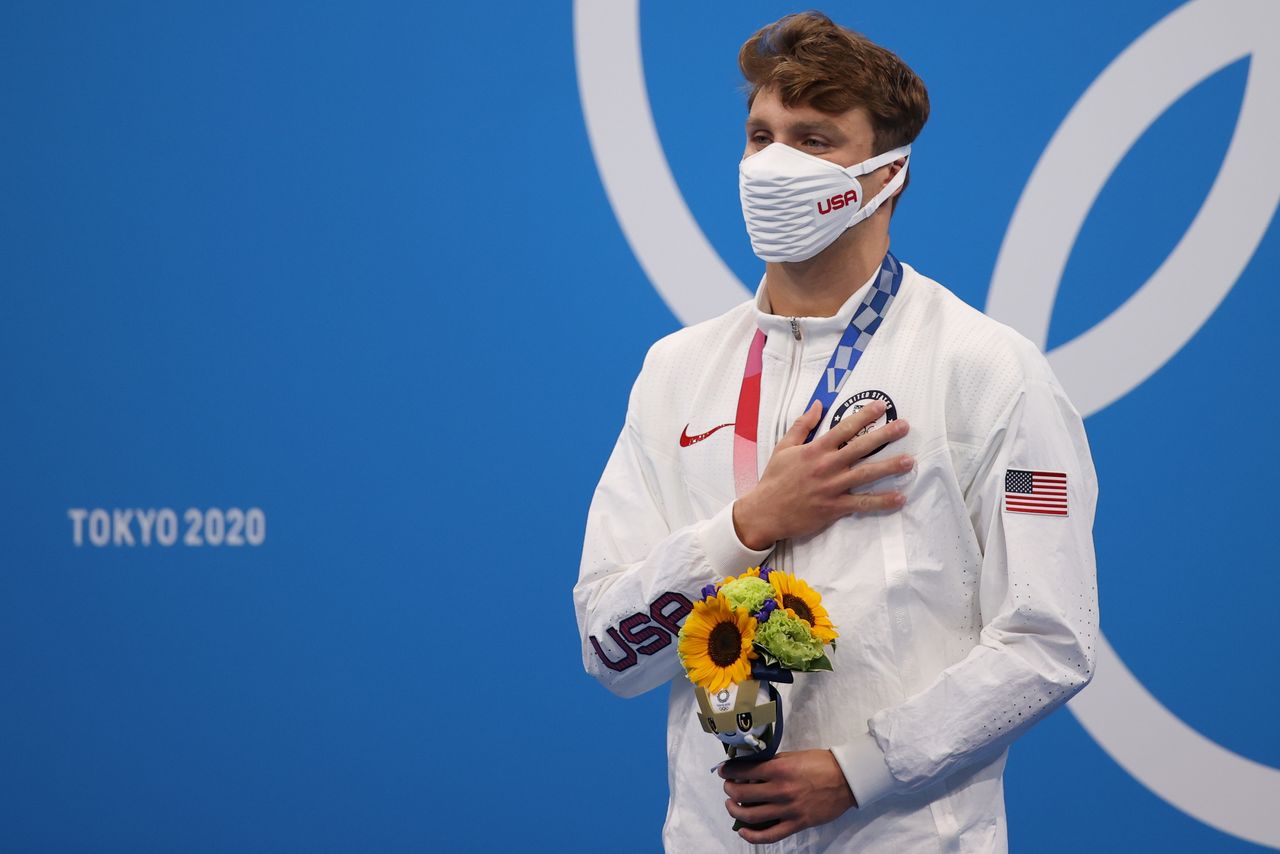 TOKYO (Reuters) - American Bobby Finke has his coaches to thank after a last-gasp surge from nowhere that won him Olympic gold medal on Thursday in the men’s 800 metres freestyle, with an astonishing finish in a distance race that might put some sprinters to shame.

Finke was in the pack trailing Rio gold medallist Gregorio Paltrinieri of Italy by more than a body length for much of the race and was fourth with 100m to go, but switched pace dramatically into the last turn and clawed back into contention.

The 21-year-old American burst off the wall and quickened down the final straight with a last 50 metres that was faster than those of all the medallists in both the men’s 200 and 400 freestyle events.

“I cannot tell you how many times my coaches throughout the fall and spring teach us how to switch gears in the last stages,” said Finke, who finished in 7:41.87 in the inaugural event, his first major title.

“Switch gears at the end of the race, just do my best and have that sprint.”

Paltrinieri was beaten into silver by 0.24 seconds and Ukraine’s Mykhailo Romanchuk was a close third.

“I wasn’t holding anything back, honestly,” Finke added. “When I realised I’d started to gain ground I was more motivated to pass them.”

“That’s probably the happiest I’ve been in the sport.”

Paltrinieri, 26, swam a bold race from an outside lane and never faded, opening up a huge lead that he held right up to the final touch. He even managed a second wind towards the end, but was powerless against Finke’s late pace.

The Italian, the 1,500 freestyle champion in Rio, celebrated his silver as if it were a gold and said it was remarkable he was even able to compete after two weeks out with glandular fever last month.

“It was pretty bad, at some point I was thinking ‘Am I coming or not?’,” he told a news conference, for which he arrived, beaming, and wrapped in an Italian flag.

“My condition was really awful, really bad. I was depressed and asking myself why now? Why now?”

“Today, I thought I had to put my heart in the swimming pool and not think about anything else just swim, and it was great.”