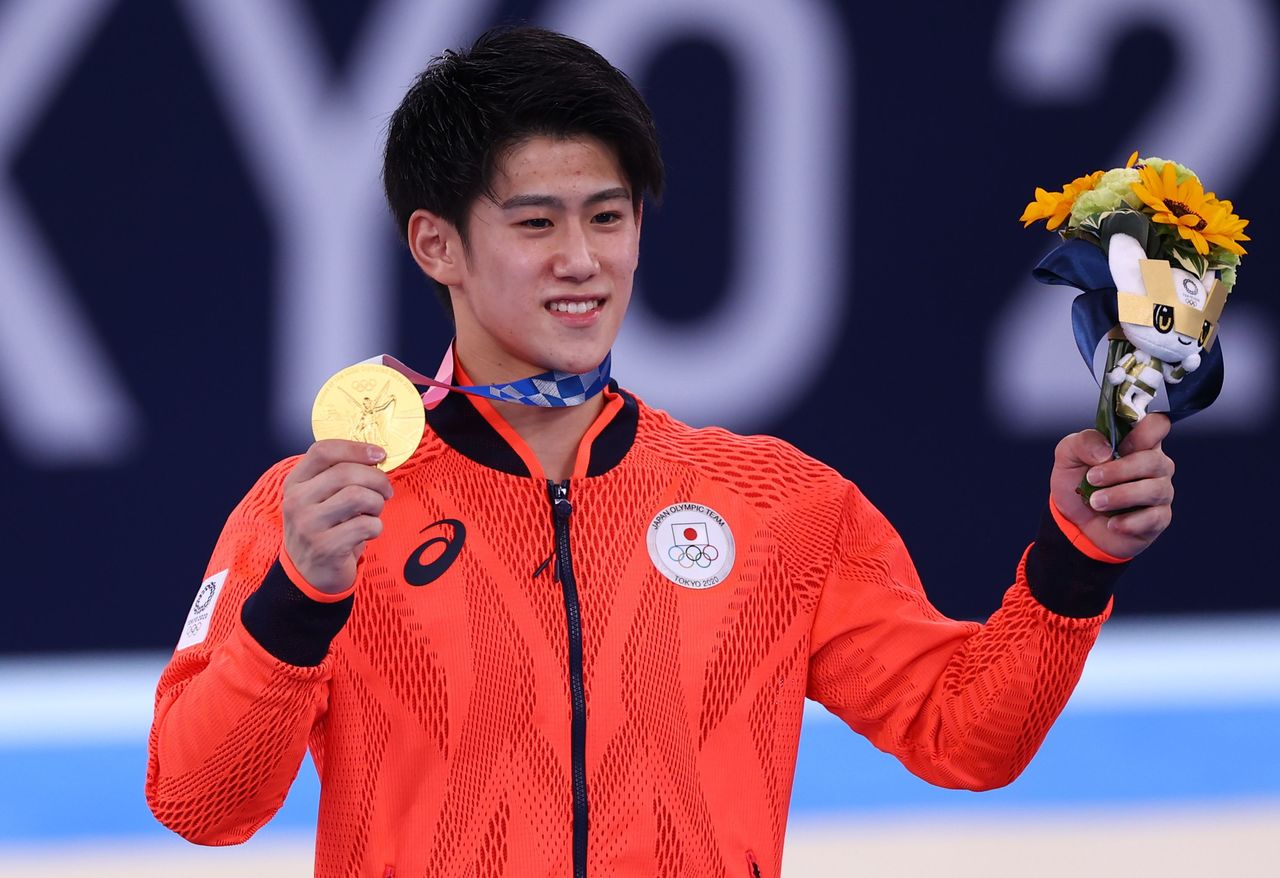 TOKYO (Reuters) - Japanese residents in the Olympic host city of Tokyo celebrated their athletes’ success in the global sports showpiece on Thursday by queuing up for photos around an Olympic monument near the city’s National Stadium.

Host nation Japan is enjoying a stellar Games, sitting third in the medal table with 13 golds, four silvers and five bronzes, behind only sports giants China and the United States.

Sporting a Tokyo 2020 Japan blazer, Chiyoko Oshima and her friend had originally held tickets to several matches, including men’s gymnastics, but due to the ban on spectators at the Games they have instead resorted to viewing them from a hotel room.

Oshima said she was surprised to see Daiki Hashimoto come back from behind to claim gold in an electrifying gymnastics performance to become at 19 the youngest-ever men’s Olympic gymnastics all-around champion.

“The fact that these people are so young, and that they prepared with all their strength and heart, and when we saw their huge success on TV, we toasted and shed tears of immense joy,” said 62-year-old Oshima.

“So this time they’re not allowing spectators, but I think if there were spectators then it would allow for a stronger support base for the athletes. There are many Japanese supporters out there, and it surely brings power to our athletes,” said Yoshioka.

The Games were postponed last year due to the pandemic and opinion polls have consistently shown that the majority of Japanese are against holding it during the pandemic.