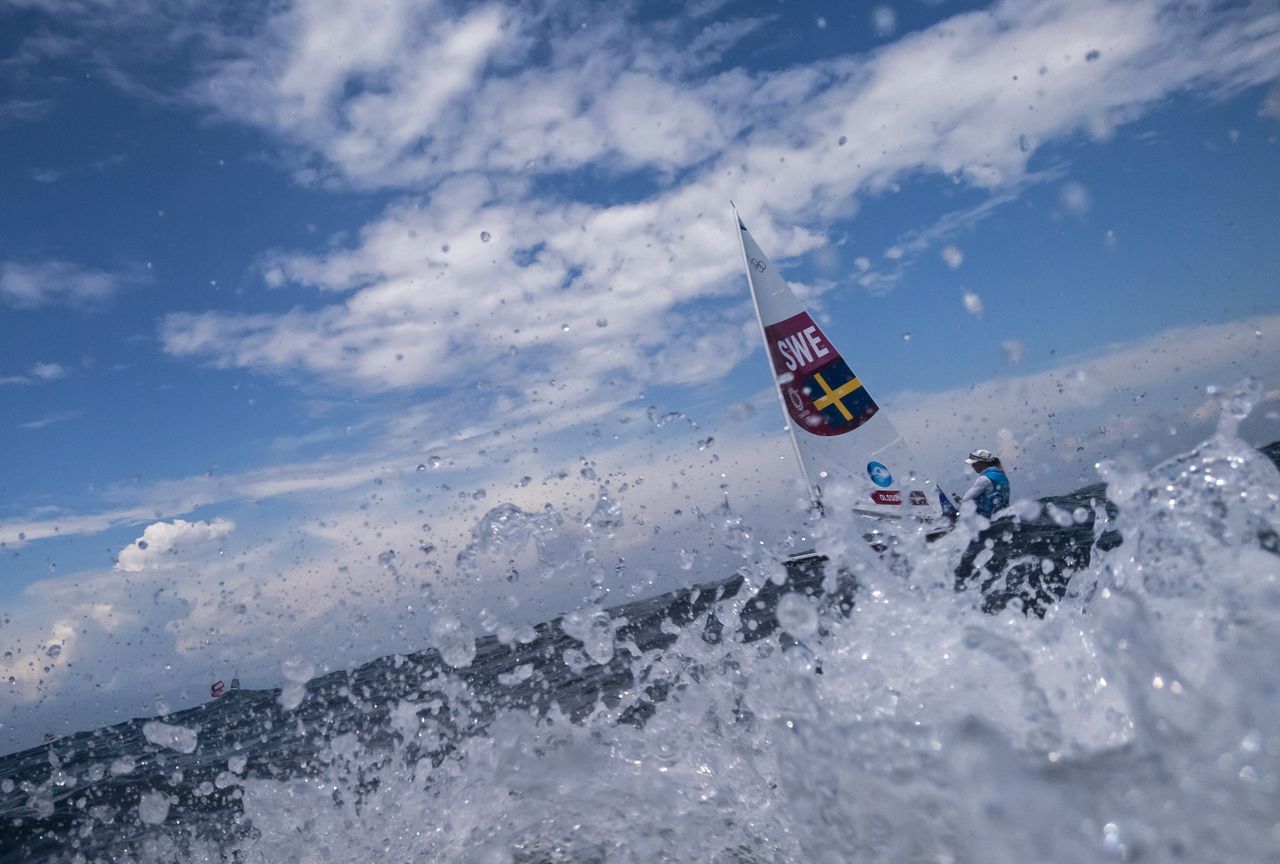 ENOSHIMA, Japan (Reuters) - The sailors at the Tokyo Games might be surrounded by water, but it’s the wrong kind - and the risk of dehydration during an intense period of racing is a major factor to take into account as they plot their course for Olympic gold.

With the Games taking place at the height of the Japanese summer and temperatures often over 30 degrees at the sailing venue in Enoshima, athletes like Sweden’s Josefin Olsson have to take every chance to top up their liquid reserves.

“You’ve really got to be out in front when it comes to hydration. A race takes 50 minutes and we don’t drink anything during the race, so you really have to fill up before and between the races,” the 31-year-old told Reuters.

Olsson is competing in the Laser Radial class, where the opening series of 10 races decides the 10 sailors who will contest Sunday’s medal race in seas that are much warmer than the Swede is used to.

“The water here is so warm. Usually when we get out on the sea it’s cooler, you get cooled down, and when the sea breeze comes in it gets cooler, but here the water is nearly 27, 28 degrees, so you don’t get cooled down in the same way,” she said.

Olsson, currently third after eight races in the opening series, is one of many competitors who went to great lengths to prepare for the heat in Japan ahead of the Olympics.

“We have a climate chamber in Stockholm and I did some days there before we came here, and I feel that I have the benefit of that now,” the 31-year-old said. “It was actually tougher in the climate chamber than it is here, so it was very useful.”

The Swede said she was not sure exactly how much fluid she lost during an average race, but she said she was constantly trying to replenish it.

“It ends up being a lot of litres... You drink so much before and between the races that you’re almost ready to vomit,” she said.