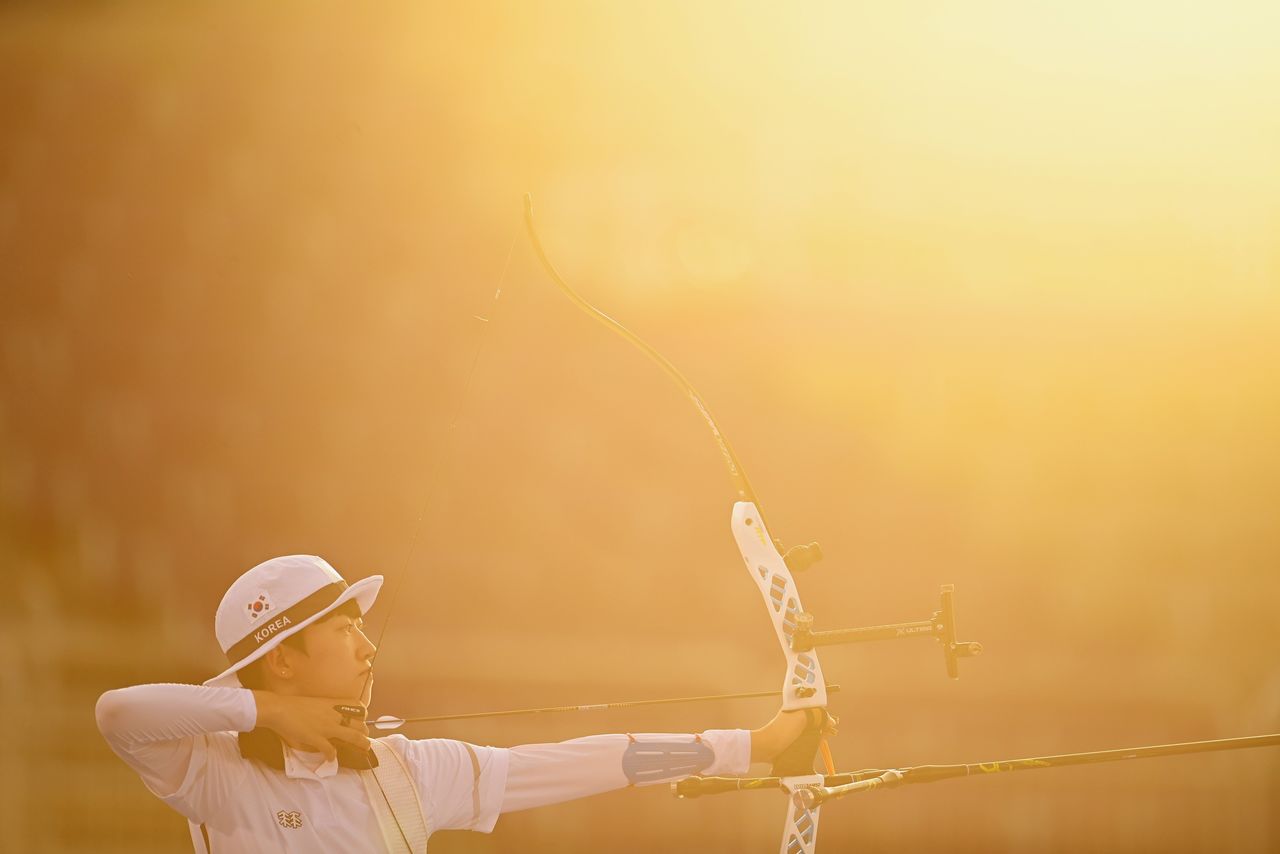 TOKYO (Reuters) - The short haircut of South Korean archer An San, who has won two gold medals at the Tokyo Olympics, has attracted anti-feminist sentiment at home.

The 20-year-old archer won South Korea’s first gold on Saturday, then claimed another gold in the women’s team event.

After she won a matchplay in the 1/16 elimination round of the women’s individual event on Thursday, her coach blocked reporters from asking “unnecessary” questions, apparently aware of the controversy.

An herself said she would answer only questions related to the Games, even before a reporter finished a question about the online hostility.

Growing animosity toward feminism and public policy to promote women’s rights has become a hot topic in South Korea.

Some South Korean politicians and celebrities posted messages and their own short-hair photos to support An.

“With that firm look, please shoot through every prejudice in the world. We stand by your short-cut hair and support you,” Sim Sang-jung, a lawmaker from a minority Justice Party, said in a tweet.

Another post urged people to call the Korea Archery Association to defend An from online hatred.