Olympics-Athletics-Without Bolt the 100m is suddenly a race again 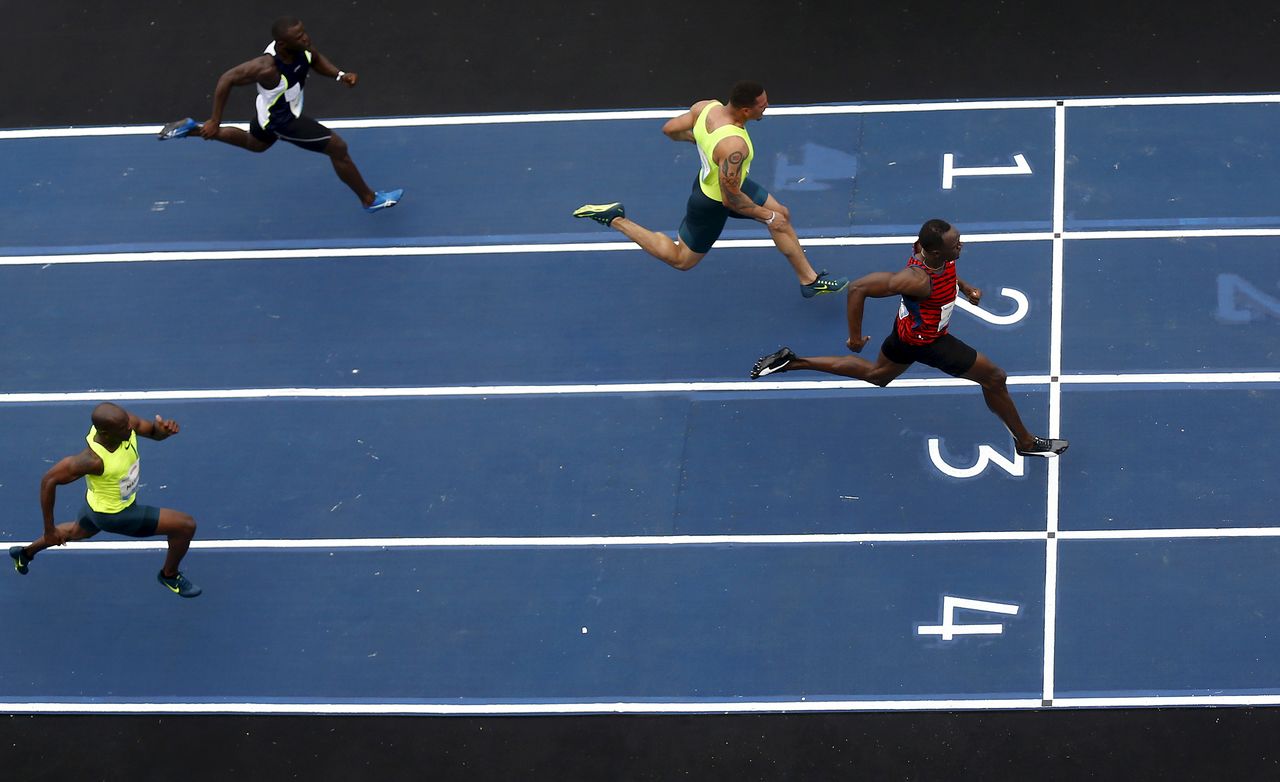 TOKYO (Reuters) - The post-Usain Bolt era in the Olympic 100 metres begins this weekend as the United States seek to regain supremacy in the event they dominated for more than a century.

Jamaican Bolt won the last of three straight titles in 2016 in Rio de Janeiro and since his retirement the following year nobody has really stepped up to stamp their authority on the sport’s most-watched race.

The U.S have won more golds in the event than all other nations combined, having taken 16 of the 28 Olympic titles contested, but their last success came via Justin Gatlin in 2004.

This year, though, they are back gunning to top the podium, even without the presence of banned world champion Christian Coleman.

Seven out of the eight sprinters with the fastest times in 2021 have been Americans, led by Trayvon Bromell whose 9.77 second run in Florida last month is the fastest of the year and marks him as the race favourite.

He won the U.S. trials in 9.80 to put a long and troublesome injury history behind him, but the self-described “silent killer” is not happy with the favourite tag.

“When you put yourself into that bubble, into that box, a lot of expectations come into it,” he said recently. “When you start living in other people’s world then you get off of your own plan.”

Bromell’s closest challenger is probably his compatriot Ronnie Baker, who came second to him at the U.S. trials with a time of 9.85.

Baker beat Bromell in Monaco, his second successive Diamond League win, and has run an impressive wind-aided 9.78s seconds in the past.

Unlike his compatriot, Baker is happy to blow his own trumpet. “I am one of the best runners in the world, hands down. I have been, since 2018,” he said after his win in Monaco, a race that included his rivals in Tokyo.

He has also had to overcome injuries over the last few years, but he said that he was feeling confident heading into Tokyo.

“This year is probably the most technically sound I have been,” he said. “I know I can run way faster than anyone.”

WHO CAN SPOIL THE PARTY?

While the U.S. sprinters, that include Fred Kerley, the 2019 400m world bronze medallist, are definitely contenders for all three medals, there are other runners coming to Tokyo with a mission, though unusually Jamaica look a touch off the pace.

Andre De Grasse won bronze in the 100m in Rio, then bagged himself a silver in the 200m and secured another bronze in the 4x100m relay, making him the first Canadian athlete to win Olympic medals in all three sprint events.

He too though has struggled with injuries, missing a chunk of time in 2017 and 2018 with hamstring problems. He did secure a bronze in the 100m and silver in the 200m at the 2019 world championships in Doha and that big-race pedigree could put him in good stead in a relatively inexperienced field.

“The last Olympics I felt like I had a good shot at winning gold, this Olympics I feel I have a shot,” he told Reuters in an interview in June.

“We’re all just as fast, we all have around the same personal bests,” he said. “You have to do it on that exact day... that’s the hard part.”

Another non-American who can make some noise in Tokyo is the South African sprinter Akani Simbine who finished fifth five years ago and boasts the second fastest time of the year.

The 2018 Commonwealth champion, who has a tattoo of himself on his calf, won a Diamond League meet in Florence this season, and is another not short of confidence.