TOKYO (Reuters) - With the retirement of three-time champion Usain Bolt, the 100m will have a new gold medallist at Tokyo 2020.

Here are eight contenders who may challenge for medals on Aug. 1.

Trayvon Bromell ran a blistering world leading time of 9.77s in Florida last month, putting his rivals on notice that he is the man to beat in Tokyo.

Bromell had a horror of a Games in Rio in 2016 finishing eighth in the 100m and was carried off the track after he tore his Achilles in the 4x100m relay.

His win at the United States trials in 9.80s shows that he is right on song this time and is the favourite as America hunt gold for the first time since Justin Gatlin won in 2004.

Akani Simbine is Africa’s fastest man and finished fifth in Rio. His 9.84s in Hungary in July was the second fastest time of the year.

The 2018 Commonwealth champion, alhttp://content.reuters.com/auth-server/content/tag:reuters.com,2019:newsml_UP1EF9U1ERGIX:684244/tag:reuters.com,2019:binary_UP1EF9U1ERGIX-BASEIMAGE?action=download&mediatype=picture&mex_media_type=picture&token=%22cRg9QbLhX5euQW1BBfY9fiEBywgeDT3SImvrSv5CoSE%3D%22so boasts a wind-aided 9.82s run in Pretoria in April and will be chasing history in Tokyo as he aims to become the first black African athlete to win Olympic gold in the event.

Ronnie Baker boasts the world’s third fastest time this year of 9.85s and in 2018 he posted an impressive wind aided time of 9.78s.

He has overcome injuries over the last two years and his second-place finish at the U.S trials in June secured him an Olympic debut.

He is rounding into form just in time, with back-to-back Diamond League victories in Stockholm and Monaco this year, and in the latter race he defeated his potential medal rivals, including Bromell, De Grasse and Simbine.

The London 2012 Olympic silver medallist and former world champion Yohan Blake will be running in what could be his swan song at this level.

The second-fastest man in history will not be intimidated by the occasion after securing gold in the relay in 2012 alongside his partner Bolt and he overcame injuries to be part of the Jamaican winning relay team in Rio.

Blake is a relentless hard worker and has shown tremendous resilience to overcome potentially career-threatening injuries, qualities that could push him to a podium finish in Tokyo.

Fred Kerley, the 2019 400m world championship bronze medallist, decided to focus on the shorter sprints this year and finished third at the Olympic trials in June with a personal best performance to secure his Tokyo ticket.

In May, he demonstrated his credentials at the distance by beating De Grasse and 2004 Olympic champion Gatlin at the Ostrava Golden Spike in the Czech Republic.

Kerley is fifth fastest over the distance this year.

Japan’s national record holder, Ryota Yamagata will be carrying the hopes of the home nation and it would be a stunning achievement for the 29-year-old if he ended up in the medal positions.

Competing at his third Olympics, Yamagata was part of Japan’s 4x100m relay team in Rio that stunned the world and won silver.

No Japanese man has ever medalled in the 100m.

Bingtian Su heads into his third Games hoping to propel China into the 100m final for the first time.

The Asian record holder and the first Asian-born athlete to go under 10 seconds, he was part of the 4x100m team that won a silver medal at the 2015 world championships in Beijing and finished fourth at the Rio Olympics in 2016. 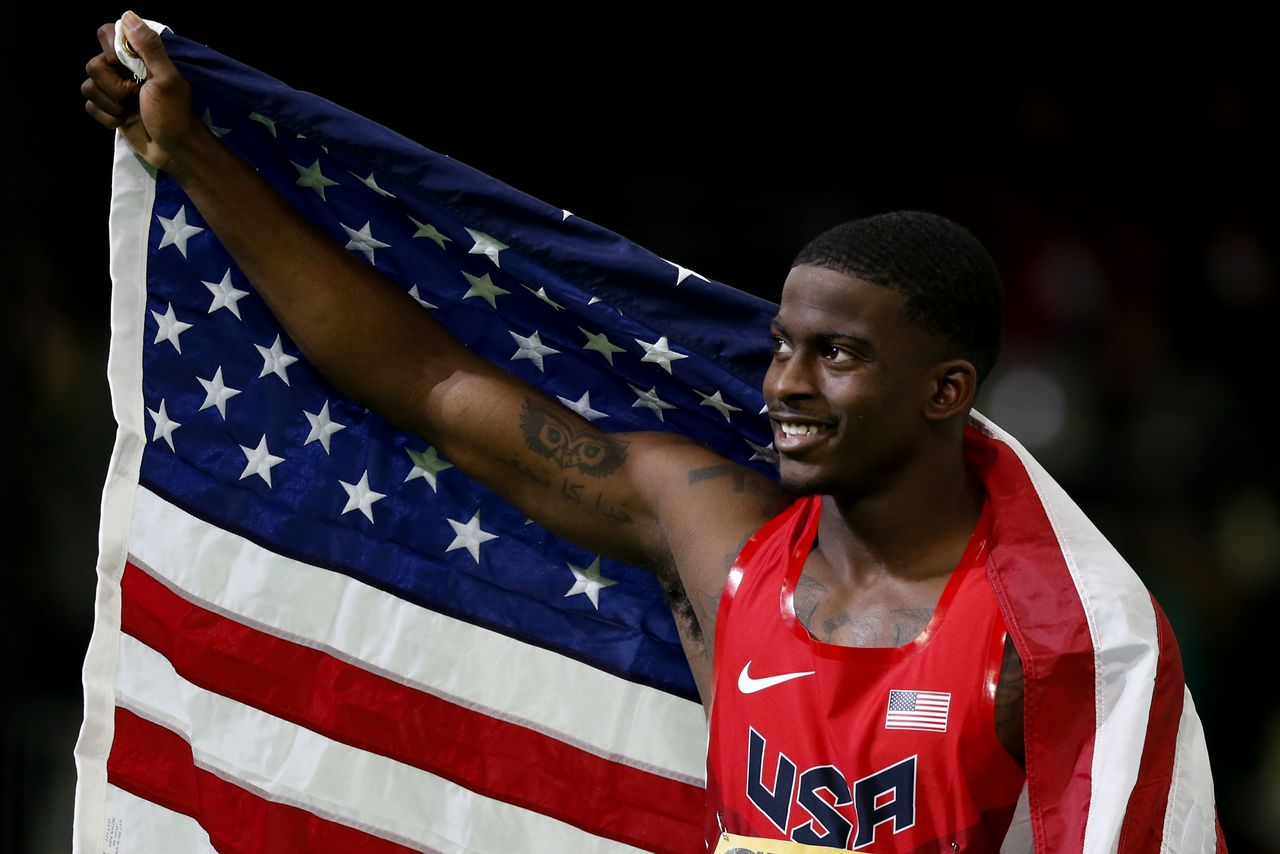 FILE PHOTO: Trayvon Bromell of the U.S. celebrates with an American flag after winning the gold medal in the men’s 60 meters at the IAAF World Indoor Athletics Championships in Portland, Oregon March 18, 2016. REUTERS/Lucy Nicholson 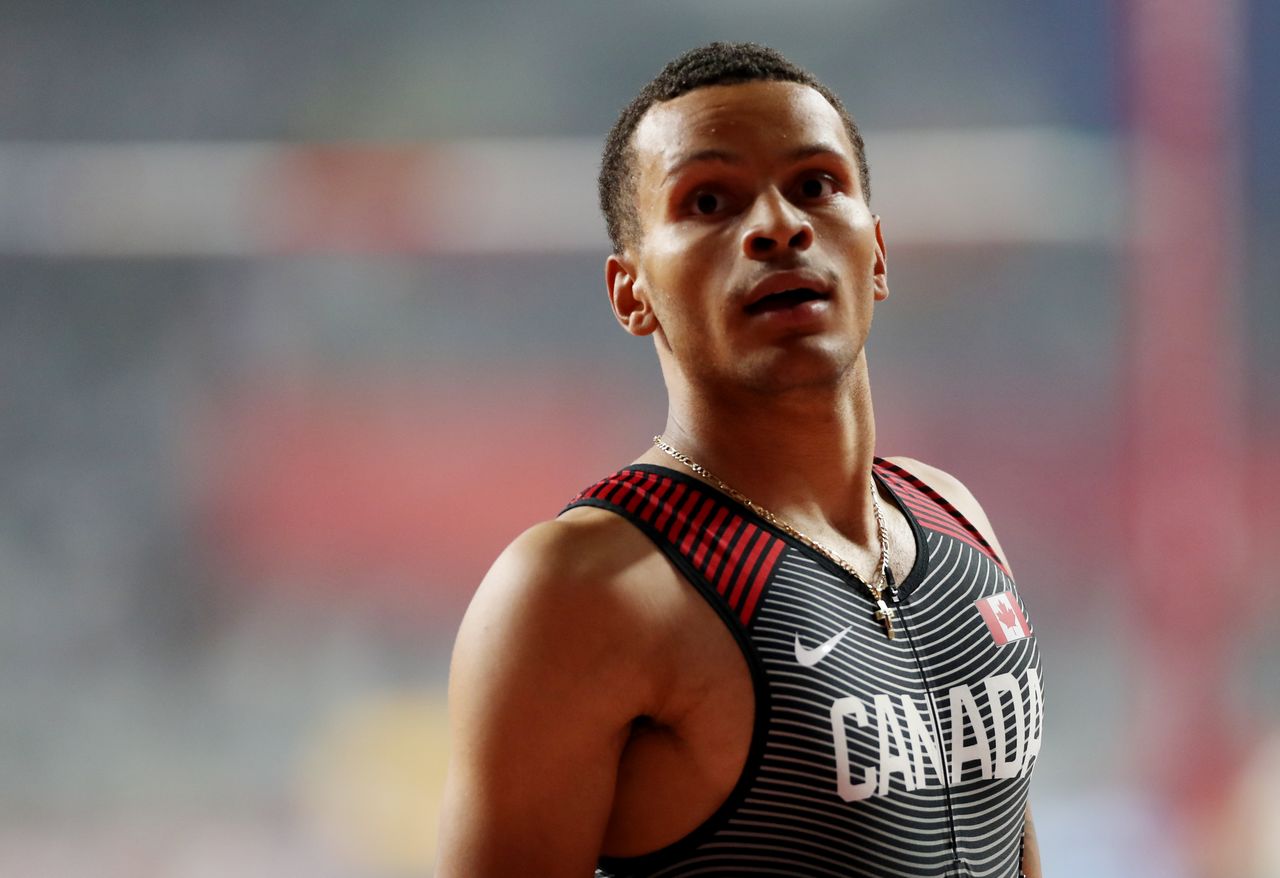 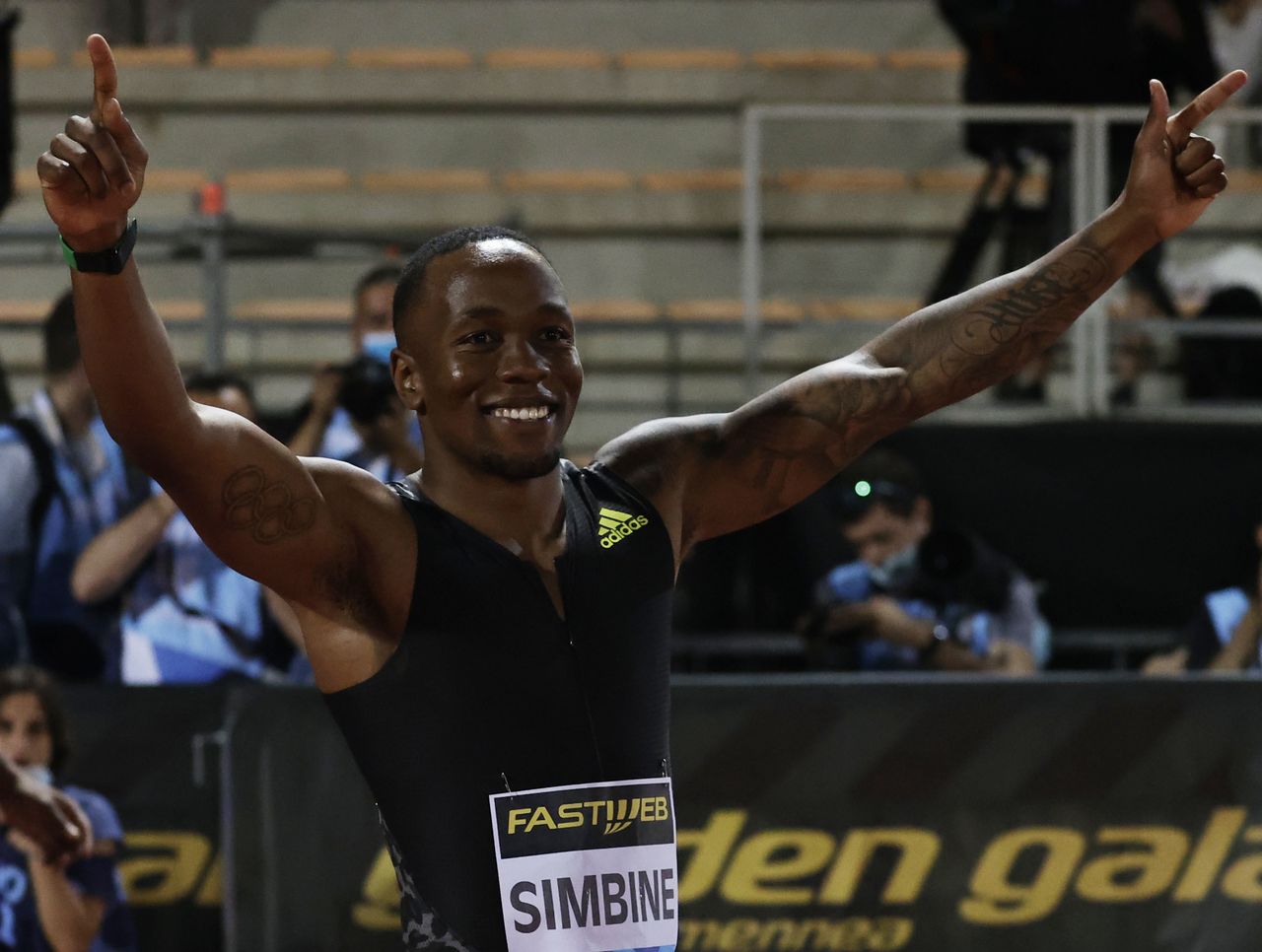 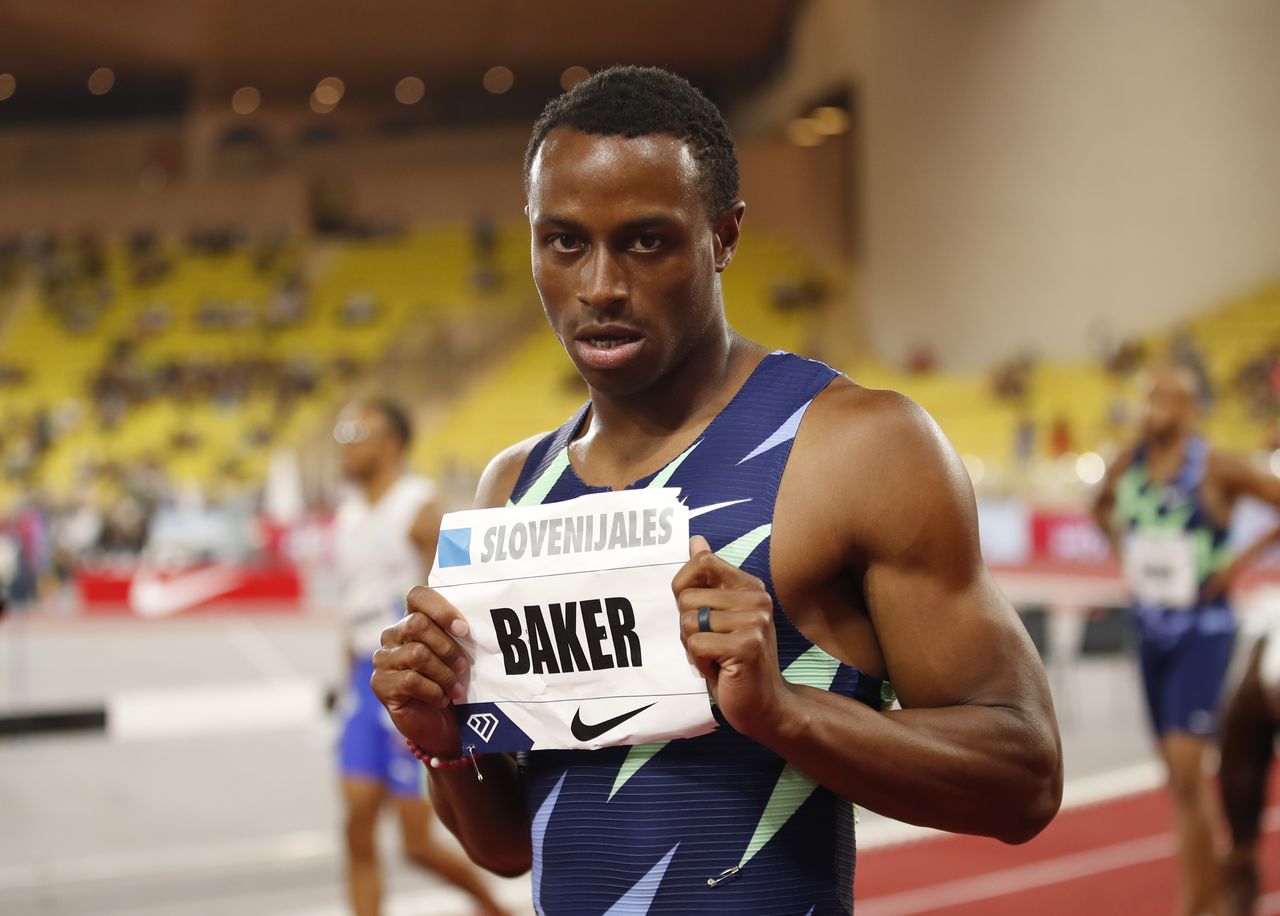 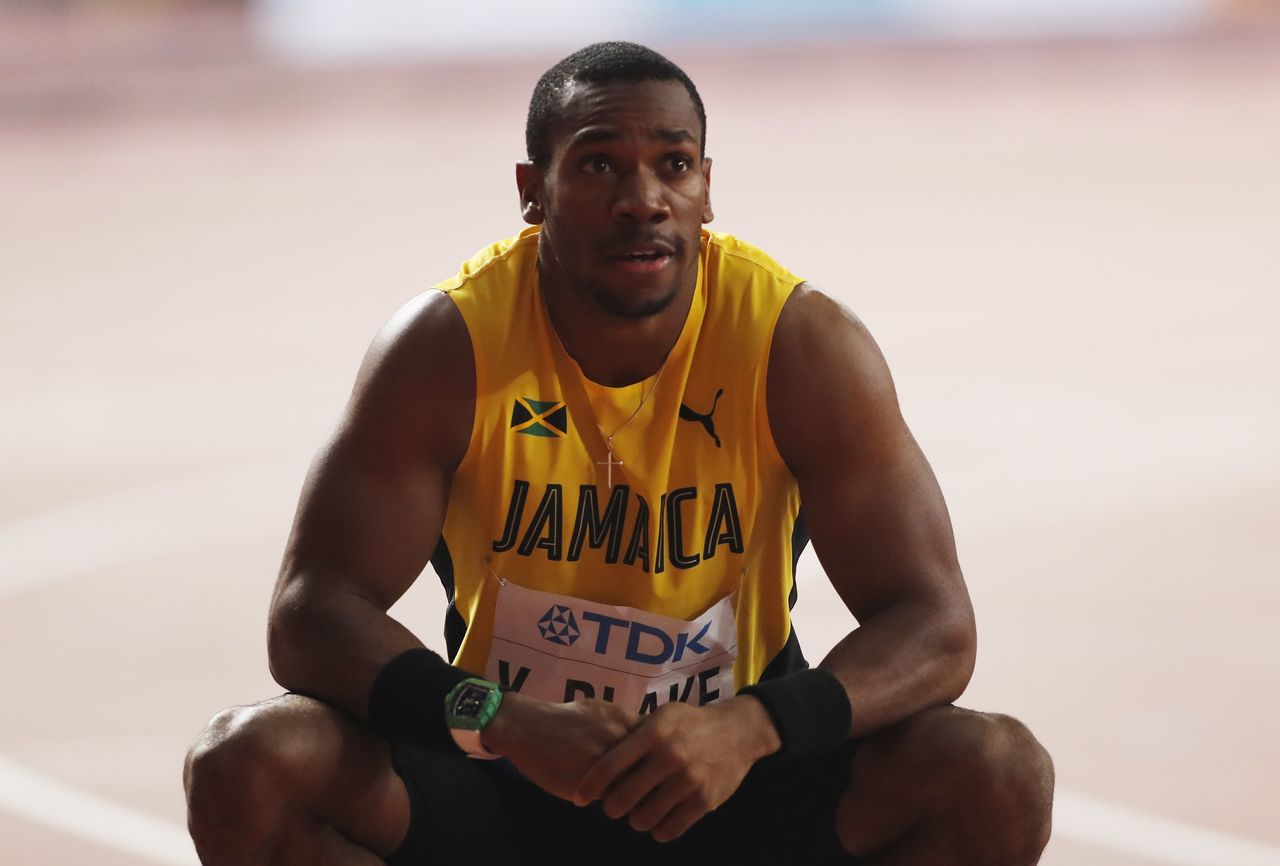