Olympics-Tennis-‘Wanted to change my skin’ during break, says Medvedev 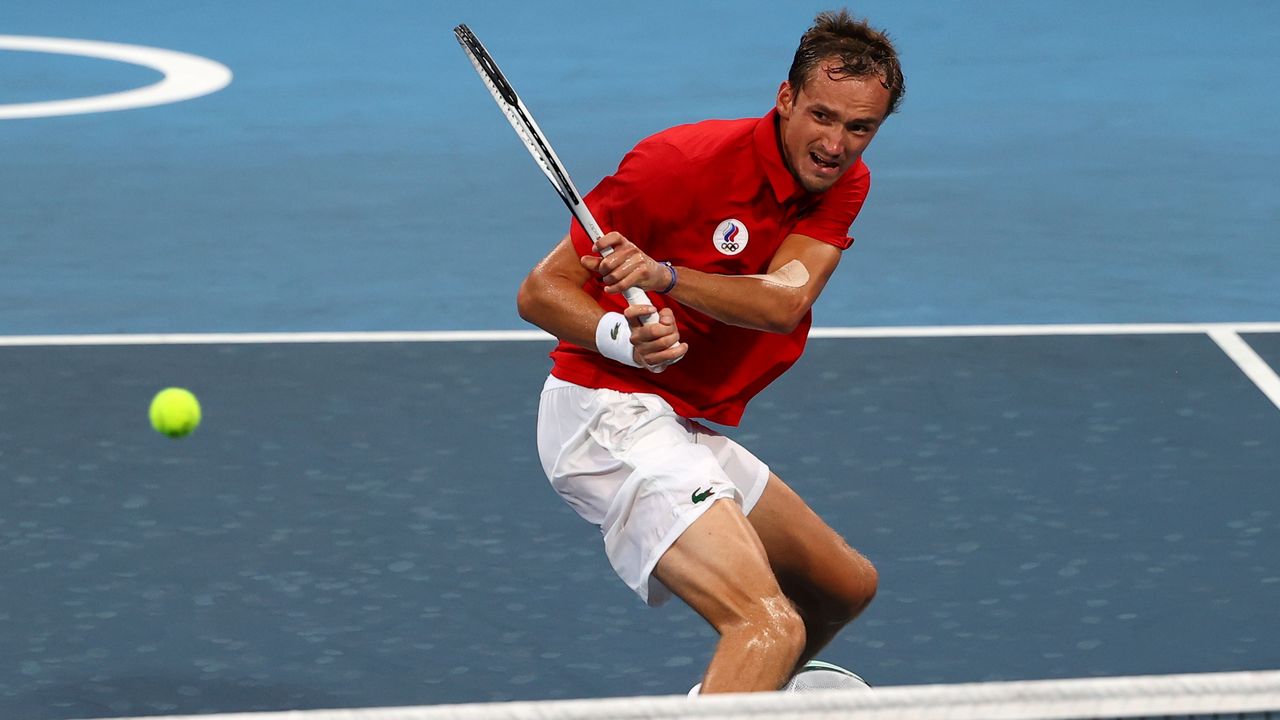 TOKYO (Reuters) - On Wednesday, a break between the second and final set worked wonders for Daniil Medvedev during his third-round men’s singles match at the Tokyo Olympics.

On Thursday, it didn’t. The world number two lost 6-2 7-6(5) to Spain’s Pablo Carreno Busta in the quarter-final, despite leaving the court for another lengthy break to change clothes after losing the opening set.

“I changed everything I had (clothes),” Medvedev said afterwards. “I wanted to change my skin because I was sweating like I never did before. It was terrible.”

Playing under a blazing sun in humid conditions against Fabio Fognini in Wednesday’s first match on Center Court, Medvedev struggled to breathe and said he was on the verge of collapsing.

On Thursday, the matches started from 3 pm after organisers accepted the players’ plea to delay the start from the regular 11 am due to the stifling conditions.

The Russian thanked world number one Novak Djokovic for pushing the players’ case with the governing body International Tennis Federation.

“Novak is the man, thanks to him. I didn’t enjoy the conditions still, but it was much better than playing at 11,” Medvedev said with a smile.

Medvedev had a chance to set up an all-Russian semi-final in the men’s singles in Tokyo after his compatriot Karen Khachanov progressed to the last four stage earlier on Thursday.

But he said he was not even frustrated after his defeat to Carreno Busta.

“I was just surprised at his level,” Medvedev said. “Because today he could win Masters easily and yet he’s never been in any final of those. A Grand Slam is different, but with the level here today he can go in final of the Grand Slam. Easy.

“And about me, I am always trying to do my best. I couldn’t play better than what I did today. I could serve better, but then I was wet like hell. I couldn’t toss the ball well, once I tossed the ball and got water in my eyes.

“It was not easy to play and I’m really disappointed with myself and for my country to lose in the quarters.”