TOKYO (Reuters) - One of the first things Sunisa Lee did after putting her gold medal around her neck and hearing the U.S. national anthem played for her Olympic victory was to call her family and cry with them in joy at a dream fulfilled.

Her parents, both Hmong ethnic refugees from Laos, had backed her from the very early days, when she was a child tumbling from the couch at home. Her growing successes also raised hopes among the proud Hmong-American community that Lee could bring them their very first Olympic medal.

Lee’s family had endured more than most leading up to the Games. Days before Lee’s debut at the senior U.S. Nationals in 2019, her father fell from a ladder and was paralyzed from the chest down.

Then last year, COVID-19 took the lives of her aunt and uncle, who had made her herbal teas and massaged her when she was tired. That was followed by leg and foot injuries that made Lee wonder if she shouldn’t just quit.

“We were all just crying on the phone. It was a very surreal moment and I’m super happy,” said Lee, at 18 the youngest member of the U.S. women’s gymnastics team.

“My parents are the most amazing people in my life. I love them so much. I was just like ‘I did it,’ and we all started crying,” she said.

Lee, whose uneven bar routines are among the most difficult in the world, had not even expected to try for gold in Tokyo. But then teammate Simone Biles withdrew from both the team and individual all-around, citing mental health issues.

Lee and fellow teammates stepped up and won silver, and then Lee managed to take gold with Biles watching from the venue’s front row.

“Going into this meet I feel like there was a lot of pressure on me because I have been second to her the whole season basically,” Lee said.

“So I knew that people were kind of counting on me to either get second or win the gold medal,” she said. “I try not to focus on that because I knew that I would get too nervous.”

‘THIS WAS OUR DREAM’

As the first Hmong-American to make it to the Olympics, much less take two medals, Lee spoke of how proud she was of her community and the support she has received at home in Minnesota.

In fact, so many people gathered to watch her performance despite the early hour that they could not fit in her house and had to go to some other place. Video showed Lee’s family and a crowd of her supporters back home erupting with joy when she secured the gold.

Lee began gymnastics at age six, after her mother, exasperated at her acrobatics around the house, often coached and spotted by her father, took her to a local gym.

“This was our dream. It sucks that he couldn’t be here,” she said of her father. “We always talked about this. If I were to win a gold medal, he would come out on the floor and be back there with me.”

This support came into play on Thursday too, when Lee called home early in the day to get one of her dad’s pep talks.

“He told me to go out there and do my best,” she said. “He told me not to focus on scores or anything like that, because in their hearts I was already a winner.” 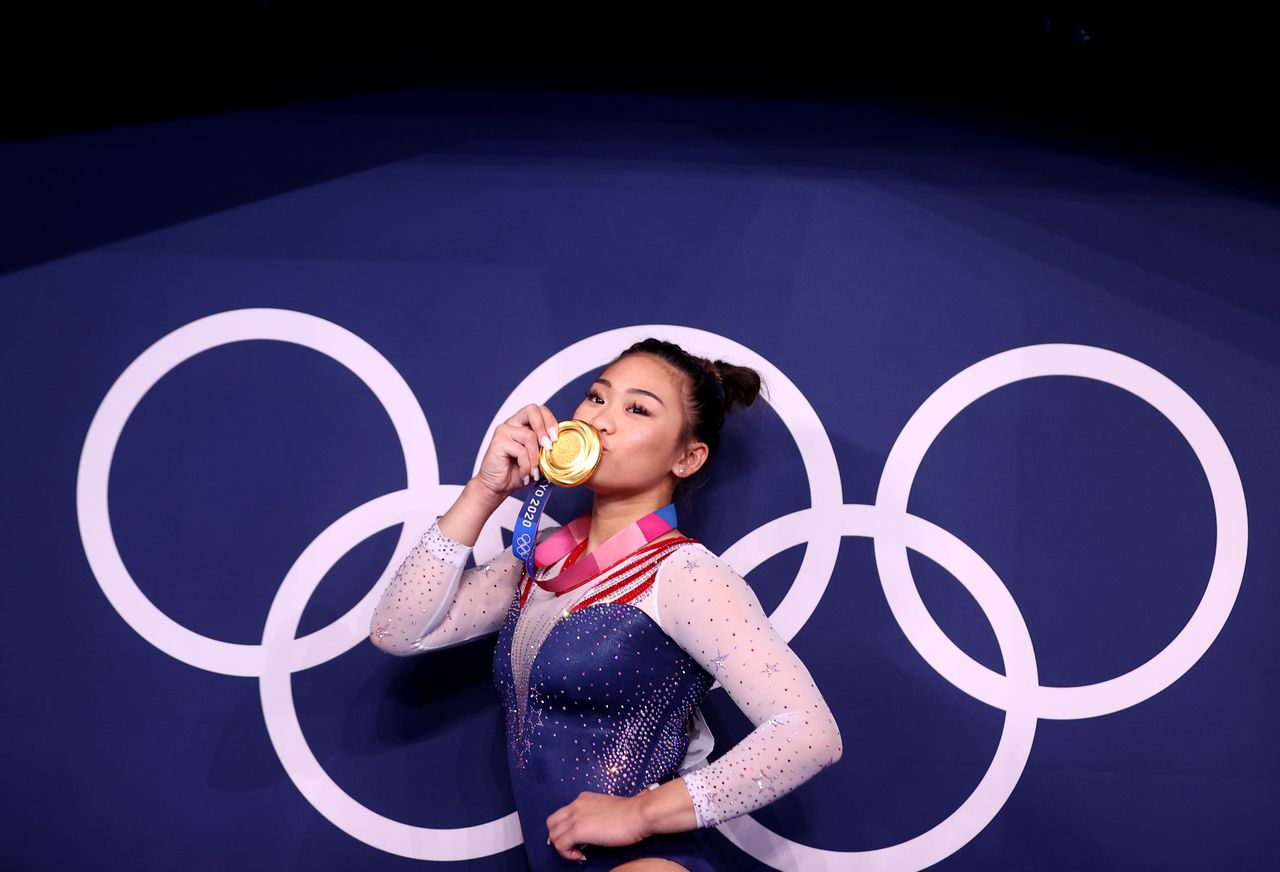 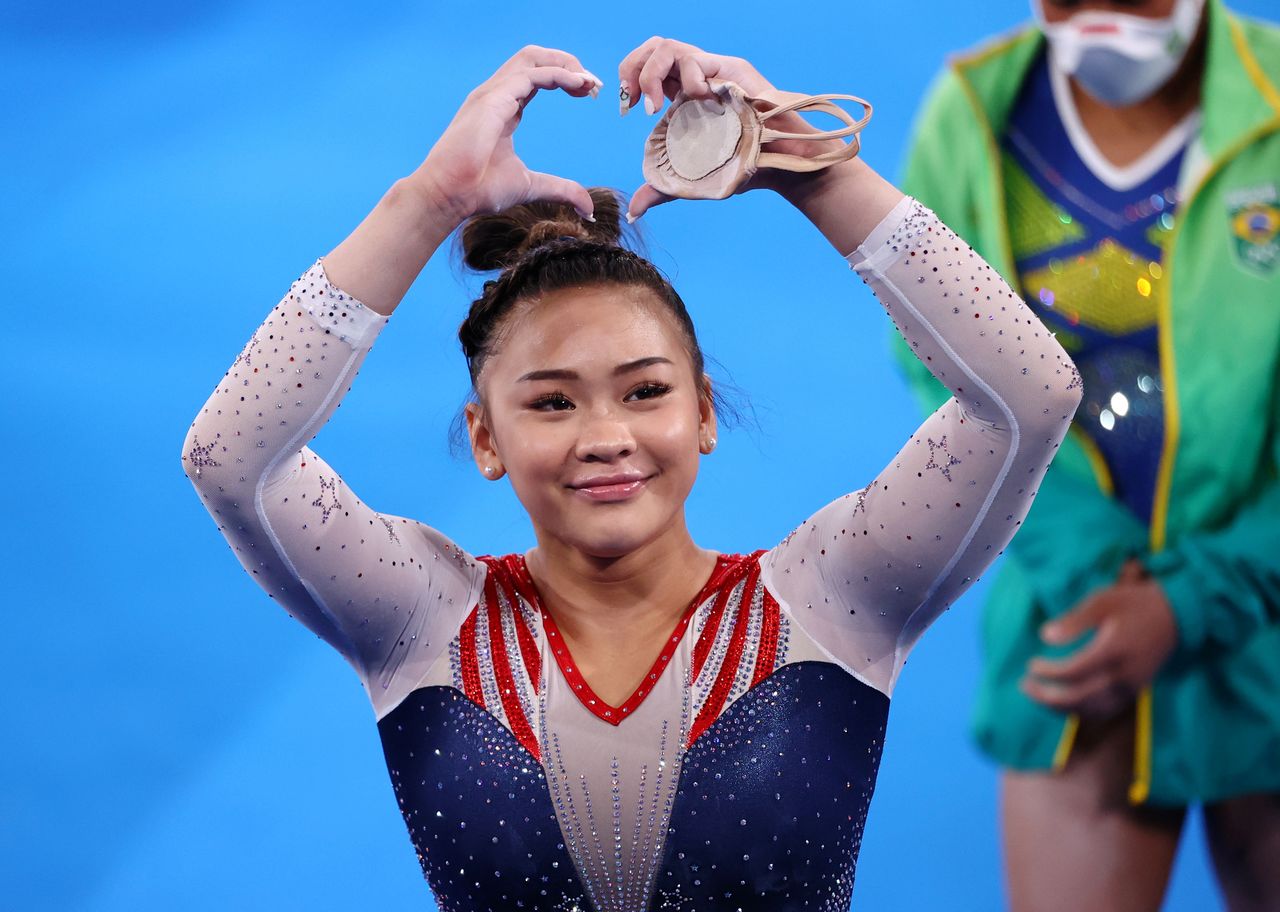 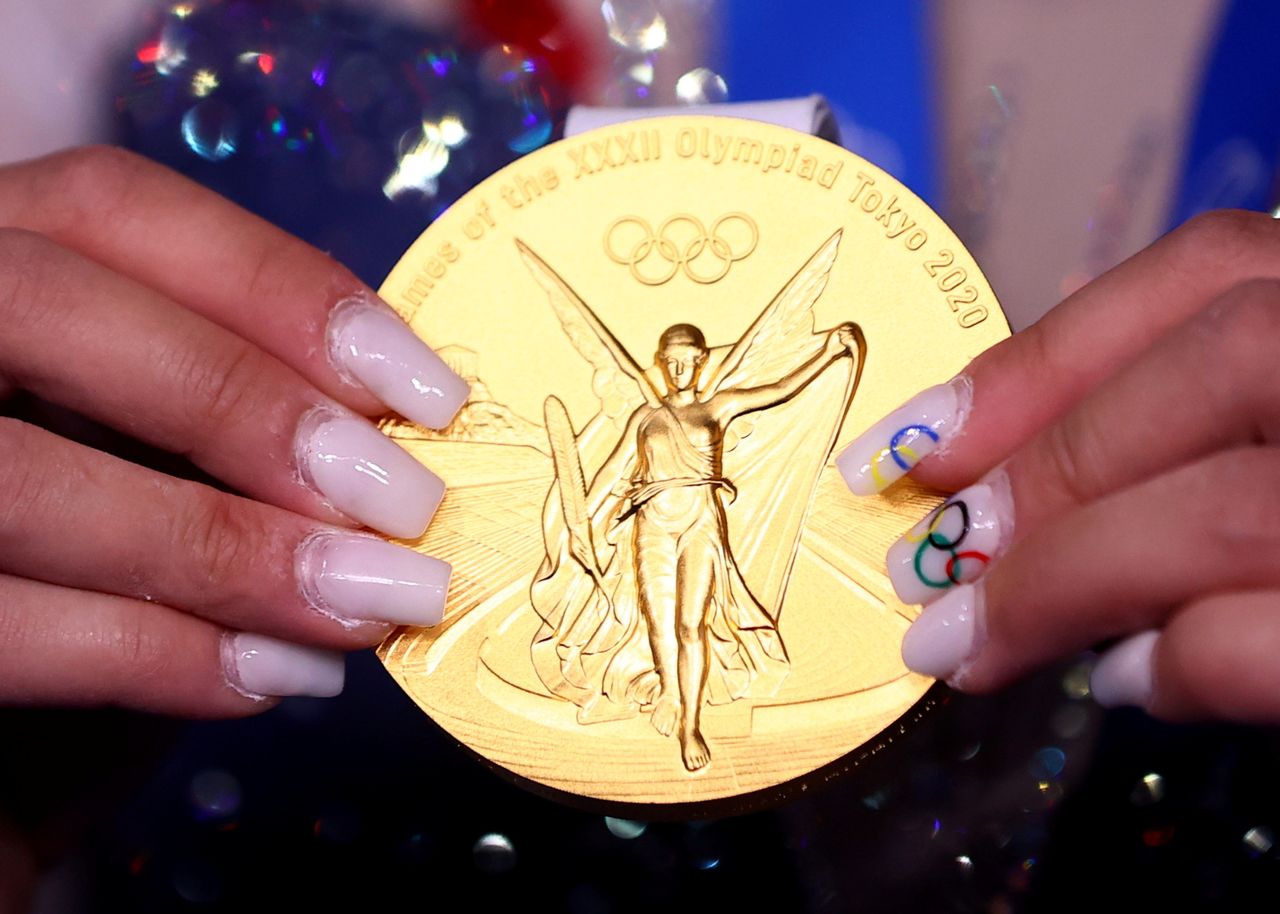